“How much is a life worth?”. This is the big question you start with Worth (Vertigo Films), the film directed by Sara Colangelo and starring Michael Keaton and Stanley Tucci which recalls the events of September 11, 2001. Events that terrified New York City and outraged the world exactly twenty years ago.

With the anniversary of this fateful day, the film hits theaters this Friday the 10th to focus on the victims and delve into the highly complex process of financial compensation that was put in place. A story based on true events that claims that the victims of 9/11 are not numbers, but lives, stories and families.

A) Yes, Worth narrates the true story of a famous Washington DC lawyer, Kenneth Feinberg (Michael Keaton), who fights against “cynicism, bureaucracy and politics” to help the victims of the double attack on the World Trade Center and the Pentagon, after being appointed director of the Compensation Fund for the Victims of September 11. The administration of public funds will take you and your team to know first-hand all the cases of those relatives of the victims, who fight against the insurers and the very state that turned its back on them.

On such a marked date, this film full of controversy lands that reminds others like Erin Brockovich (2000) the Spotlight (2015), where the hard process is also revealed What is behind compensation. A very different perspective from other films about 9/11 and that raises questions that should not fall on deaf ears, such as the Importance of modifying laws so that they are adapted to the personal situation of each affected person or the need to humanize the victims, who on many occasions become mere numbers without identity.

Worth, that invites the viewer to consider if it is moral to put a price on a lost life, has counted on the support of Barack Obama on the twentieth anniversary of the terrible attack. It is precisely that human cost of the tragedy that the character of Charles Wolf (Stanley Tucci) fights for, a community organizer among those affected and whose wife died in one of the towers. A debate that, also promoted by the media, became controversial.

Still from the movie ‘Worth’.

Duel of the Titans

Without a doubt, the best thing about the film are the scenes starring Michael Keaton y Stanley Tucci, in a spectacular interpretive struggle that makes the sequences they share the most attractive. They are the two who launch the most important reflections and those who put on the table the judgments, values ​​and ethical questions that the film claims. 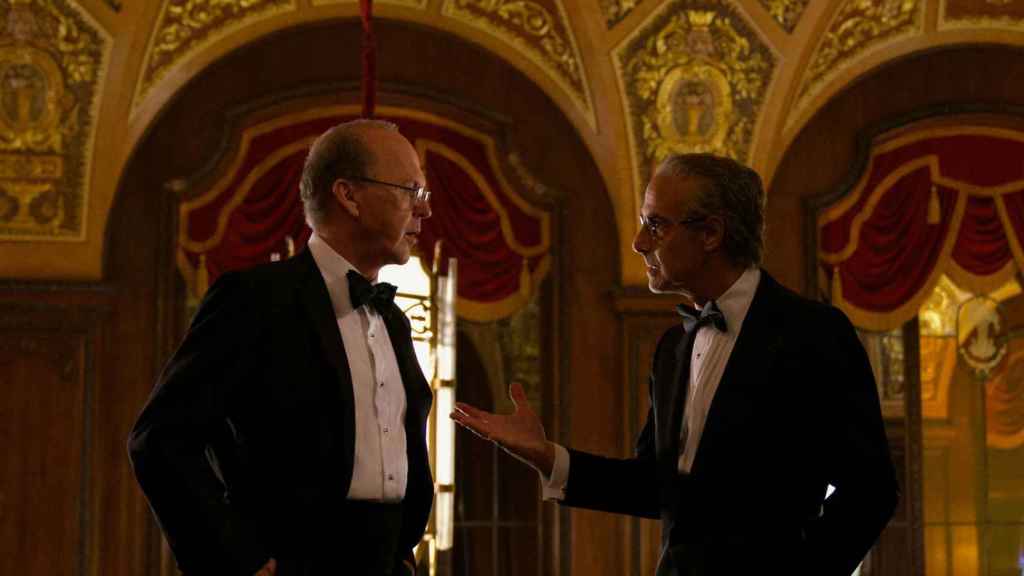 Michael Keaton and Stanley Tucci in a scene from the movie ‘Worth’.

The cast also has great actors like Amy Ryan, Tate Donovan, Shunori Ramanathan O Laura Benanti. Keaton’s role shows us a man totrapped between lawyers who want to sue and airline lobbyists who want to reach an agreement, as well as the painful hearing of life stories at the time of negotiate with the families of the victims. A film to commemorate a specific date, but also the importance of humanize victims and don’t let them become simple numbers printed on a list.