“Our war on terror begins with Al Qaeda, but it does not end there. It will not end until every terrorist group with a global reach is found, stopped and defeated. ” Those were the words of former US President George W. Bush on September 20, 2001. Nine days before, the most powerful country in the world was engrossed in the body count after having suffered the bloodiest attack in the country’s history.

The United States saw its iconic 110-story Twin Towers collapse and its defensive epicenter, the Pentagon, hit by another plane that killed 125 people. The first world power was weak for the first time in its history. The 2,977 dead and more than 5,000 injured of that day were the immediate result of the tragedy, but in the long term it was a change in the world order that continues to spread a trail of blood.

“9/11 represented a resizing and strengthening of the terrorist threat. In these 20 years, what we have witnessed is the impact that day had: the war in Afghanistan, to a large extent the war in Iraq, the alteration of the estatu quo and a great stimulus in terms of dimension and stimulation for jihadist terrorism ”, he explains Carlos Echeverria a EL ESPAÑOL, pProfessor of International Relations and collaborator of the Army War School specialized in jihadism.

The Twin Towers in flames after the impact of the two planes on September 11, 2001.

The ten M11 bombs in Madrid, the explosions in the London Underground, the attack on the Great Mosque of Kuwait, the shootings in Paris on November 13, 2015, mass atrocities such as the one in Nice in 2016 or Barcelona in 2017 , are just some of the hundreds of terrorist attacks perpetrated by jihadism in the last two decades. The efforts of the West to neutralize the enemy in the wars in Afghanistan, Iraq and the interventions in Syria and the Sahel, in which more than half a million people have died, summarize what this century has meant in the “War on Terror ”.

Jihadism in the West 20 years later

Two decades make it possible to assess the achievements, failures and progress that have been achieved. “In the West, today, jihadist terrorism is a security problem that can be managed, with which one can live, and that is an achievement, although every so often it leaves victims,” ​​he says. Manuel Ricardo Torres placeholder image, professor at the Pablo Olavide University, expert in jihadist terrorism and member of the Academic Council of the Institute of Security and Culture (ICS).

The West has been experiencing a small truce regarding jihadist terrorism in the last four years. The last attack on European soil led by the Islamic State (IS) was the massive outrage that left 16 dead in Barcelona. Since then, the rest of the attacks have been carried out by ‘lone wolves’ inspired by terrorist organizations, but not led by groups. A sample of their offensive capabilities in the West lately.

For its part, the United States has been a wall against jihadist attacks since 9/11. The last planned attack by Al Qaeda on US soil was in 2019 on the naval base in Pensacola, Florida, which killed three people. All other attacks between 9/11 and 2019 were carried out by ‘lone wolves’.

Arrests in Europe on suspicion of jihadist terrorism have been on a significant downward trend since 2016, according to Europol’s annual terrorism monitoring report conducted since 2006. In 2020, 254 people were arrested related to jihadism, the previous year were 436 detainees. In 2016 they reached 718.

“It is indisputable that years later we are reaping the fruit of the work of the intelligence services and the police forces. It is a good joint work for Europe, although the threat is still very high ”, assures Florentino Portero, professor of International Relations and member of the ICS.

The peak of jihadist arrests and attacks in Europe coincides with the best territorial situation that the Islamic State had in their countries of origin. “The conflict in Syria and Iraq and the expansion of the Islamic State in the area served as fuel to fuel the radicalism that mobilized many terrorists,” explains Manuel Torres. The subsequent loss of territory that the IS has suffered in the last four years is also consistent with this decline in jihadist mobilization – and therefore in arrests – in Europe.

“The current figures for arrests and attacks are positive, but this should not lead to relaxation. There is a very important dimension that remains: ideology. This should concern us because the jihadist training highways continue, ”says Professor Echeverría. “There is still fertilizer for the jihadist perspective to grow,” Florentino Portero agrees.

Experts agree that the jihadist threat remains high and relying on it would be a mistake. The antiterrorist letter in Spain is currently level 4, an indicator that means that there is a “high risk” of terrorist attacks. This level has not changed since 2015, at the height of jihadist attacks in Europe. Two years after setting the indicator at its second highest level, Spain suffered the attack on Las Ramblas.

“The threat exists and can manifest itself severely. The problem is that these indicators sometimes end up being useless precisely because of the difficulty of changing them. If it is changed, even if it is well justified, and then an attack occurs, the political cost to public opinion is very great, “explains the jihadism expert. Manual Torres. 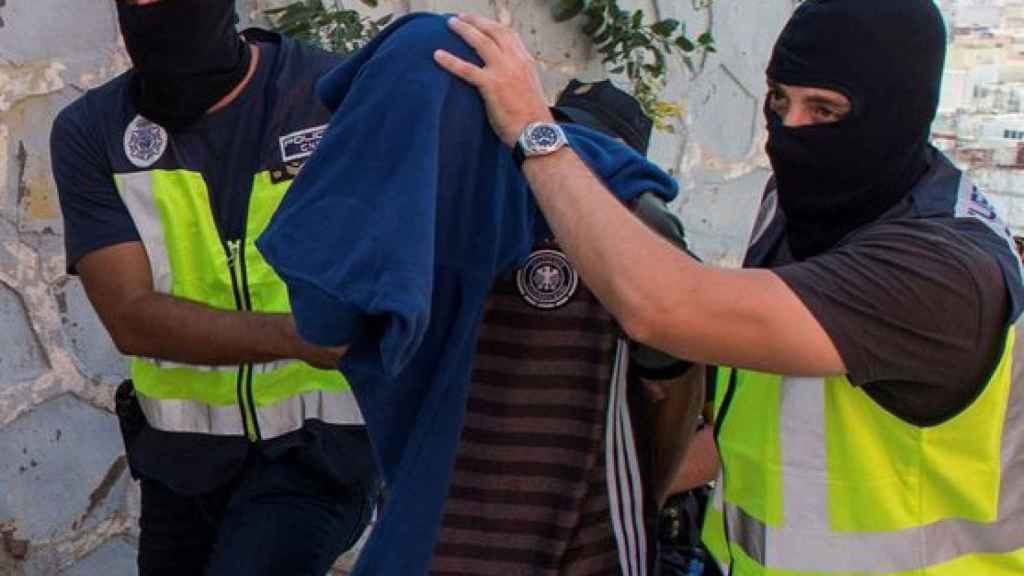 Police detain the leader of a jihadist cell in Melilla in 2017.

The West is experiencing a certain truce with jihadist terrorism, but Africa, on the other hand, suffers an antagonistic situation, especially in the Sahel. The number of terrorist attacks since 2017 has multiplied by seven in the African region. Jihadist groups take advantage of the weakness of governments to usurp their authority and control their territories. The region suffered in July this year 97 attacks what caused 297 deaths, according to the International Observatory for the Study of Terrorism.

“It is an area that worries because it is our advanced border and can also splash into the Maghreb, which is even closer to us,” says Professor Carlos Echeverría. France is leading the intervention in the Sahel, with the collaboration of countries such as Spain and the United States, but it has already begun a partial withdrawal of its troops that could leave control of the area in the hands of terrorists.

“What happens in the Sahel can affect us very seriously. What we will find is an increase in migratory pressure and an increase in the effectiveness of jihadist groups that are going to question the survival of political regimes and even the very structure of some African states ”, explains Professor Florentino Portero.

Jihadist organizations operate in the Sahel and have continued to gain a presence in recent years, like Boko Haram, and the situation is progressively deteriorating. “The Sahel is the great threat that looms in the next years. It is a scenario where all the ingredients are given so that a new window of terrorist opportunity is formed that will have an impact on our security ”, warns Manuel Torres. 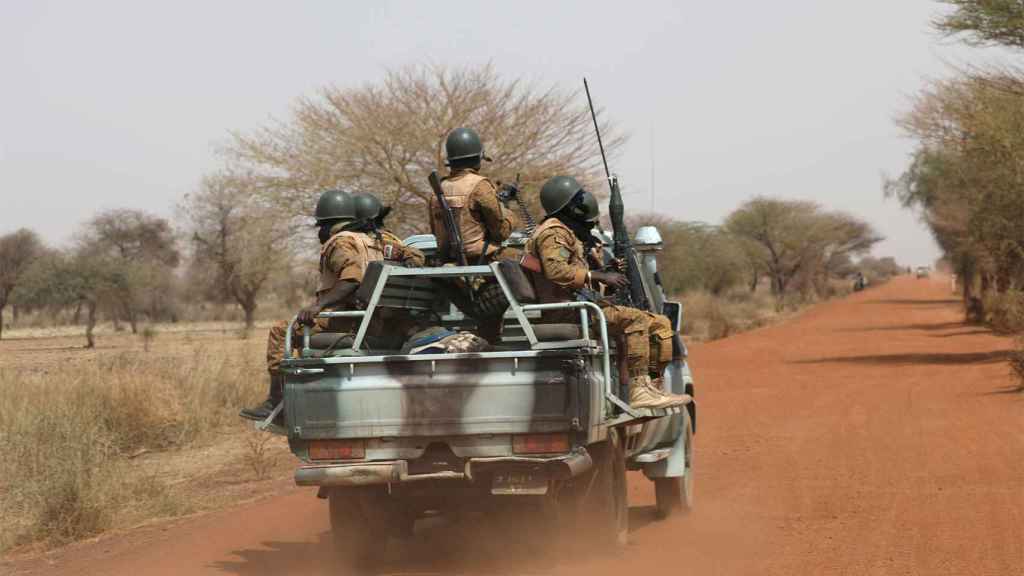 Burkina Faso soldiers in the Sahel.

The return of the Taliban

Afghanistan is once again a sanctuary for terrorists 20 years after the United States decided to fight them in retaliation for 9/11. If Al Qaeda became the predominant terrorist force it was largely thanks to afghanistan, a country that served as a training, training and control field.

“The big problem is that the recovery of power from the Taliban turns Afghanistan into a inhospitable terrain for intelligence work and it will not be possible to exercise control over the terrorists, ”says Torres, who emphasizes that the situation in the Sahel is a worse scenario than that of a Taliban regime. 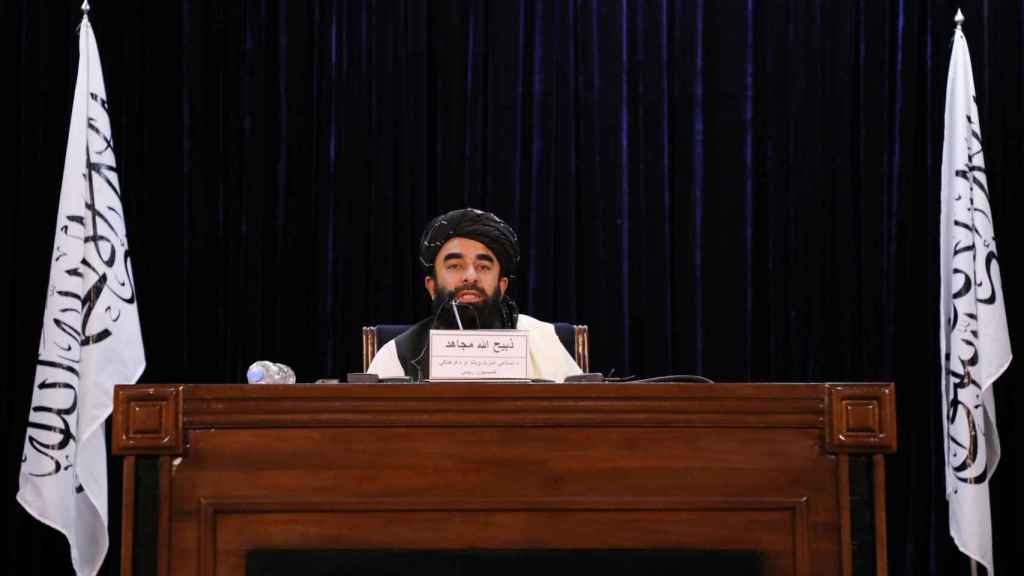 Africa is a rising concern for the West, but Afghanistan could be a stimulus for jihadism to help them take impulseO. “Al Qaeda will be able to improve the quality of its paintings in what will be a rebuilding process for them as they have done in the past. Now, as Westerners, I what worries is how Al Qaeda is going to regain some pulse and may be more effective to the power train their people better ”, he explains Florentino Goalkeeper.

Two decades have passed since 9/11 and the jihadist threat is still present throughout the world. The West has fought to protect itself and quell terrorism through war and Intelligence, of which different readings can be made. “If we compare the jihadist force with 20 years ago, we do it with the 9/11 attacks, very imaginative and complicated attacks. Now they have the capacity to destabilize and attack in different coordinates to those of 2001, although we do not know if they have the capacity to carry out such strong offensives, ”says Echeverría.

For Professor Portero, the world is safer compared to 2001, but he believes that progress is still not made on the root of the problem: “We must distinguish the technical capacity to combat jihadist terrorism at home, which has improved a lot, from the strategic vision to end the origin of jihad, through education, culture and living conditions, and in that aspect we have not made any progress ”. The expert Manuel Torres adds that the West has the challenge of “supporting areas where there is institutional weakness and where terrorism is a daily threat.”

“Our response is more effective by dedicating more resources and knowing them much more, and that makes it difficult for attacks like 9/11 to occur. We are more protected against these types of attacks, but that does not mean that society is immune to terrorism ”, assures professor Manuel Torres.

The future of international jihadist terrorism is not hanging by a thread nor has it ceased to be present at any time. Their objective is to sow terror in the society to which they want to submit, for that reason, Torres points out, “we must not make the mistake of magnifying its effects, because if we condition life to that threat and our retina is at risk of an attack, the terrorists will have triumphed without the need to kill ”.