“There is no leader. They are not all together, but they are in the same boat ”. It is the X-ray of the ultra-left that reigns in Madrid, the definition of violent groups that follow their own agenda beyond the great organizers. In recent years they have stood out for their anti-establishment acts, their violent responses and their defense, they say, of freedom of expression. His last objective has been something different: the PCE, Podemos and Pablo Iglesias, “the reformist masks of the State.”

Are the words used by the Madrid Antirepressive Movement (MAR) to define the former vice president, who had chosen this weekend for his public reappearance. The date, for him, was symbolic: to return on the centenary of the Communist Party of Spain, his ally, to show the unity of the forces to the left of the PSOE that he represented until now. What was found, however, meant the exact opposite.

A score of young people on the left, incognito, with Republican flags and hammer and sickle, shouting in unison: “Where is the progress? Where is the change?” The MAR: critics from the left to the left of Iglesias. They were not members of the PCE. They were something else.

Escrache Pablo Iglesias at the Centennial Party of the PCE

In reality, the SEA does not exist, or at least not in the way one expects. It does not have a physical headquarters, its activity is disseminated exclusively via Telegram and social networks and it has no decision-making power over those who make it up. It is, clearly, a group of groups: an ultra-left puzzle formed by old enemies and dangerous friendships that, when push comes to shove, they unite against their common enemies.

He was born in May 2018 to defend the freedom of expression of rapper Valtonyc, sentenced by the Supreme Court to three and a half years in prison, but his trajectory has changed over time. His idea, at first, was to create a platform that would continue to be alive after the protests died down: found a coordinator that would defend all similar causes and, in the future, act as an umbrella for small groups on the Madrid left, through sometimes even pitted against each other.

However, what has made them most famous is not the defense of alleged freedom of expression, but their methods: “Of the most active and violent within the ultra-left ”, according to police sources point out to EL ESPAÑOL. If during the last year you have experienced a violent demonstration in Madrid, the MAR was probably behind it.

Perhaps the greatest example of this is the calls for the freedom of Pablo Hasel in the center of Madrid, in which they charged the Police with paving stones from the road. The rioters, according to Corps sources, were old acquaintances of the violent brawls; veterans who had already faced officers in other situations, such as evictions or riots in the streets of Madrid. Most of them were, according to the same sources, true professionals of destruction and riot. 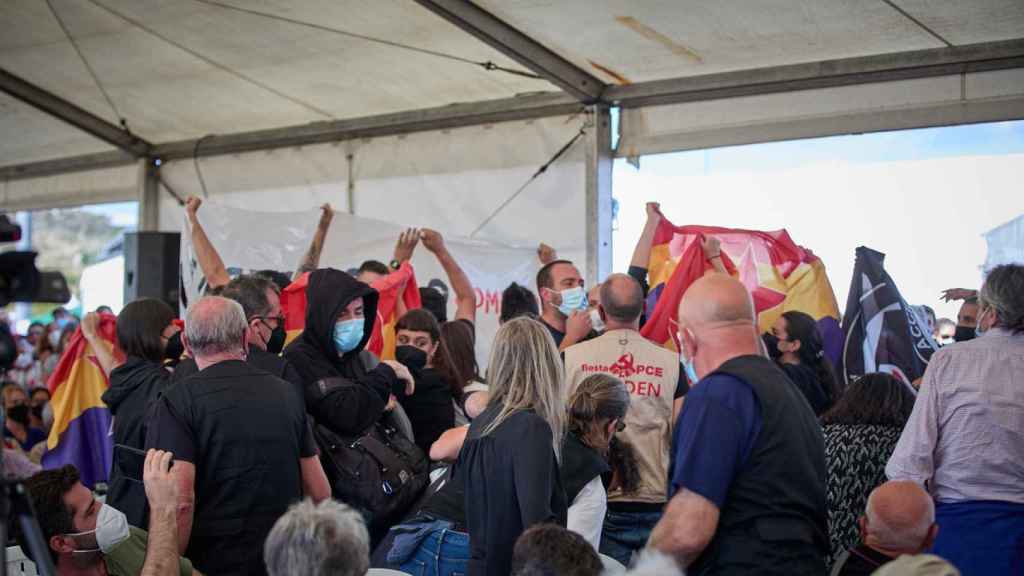 Some of those summoned by MAR, during the escrache to Iglesias.

The faces of MAR

One by one, the count of members of the Madrid Anti-Repressive Movement could reach almost 300 people, but it is tricky to list them like this. In reality, almost none of the members is blindly obedient to the organization, but rather to the smaller groups, between 20 and 30, which are integrated into the space. Among them they also have different origins and ideologies, and come from the squatter movement to filoterrorist positions.

“They are very radical, many are close to the philosophy of PCE (r) and GRAPO: an amalgam of many collectives united by violent thought ”indicates a source close to the ultras groups. “She is a coordinator of many groups that tries to bring them all together,” he says. In fact, such is its variety that it is almost impossible to find figures that can represent it.

If there is one that deserves to be reviewed, that would be Marco Fernandez, its visible face and spokesperson, which comes from the squatter and anti-eviction movement. From him, MAR’s ties branch out between different groups in Madrid of antifascist ideology, united at first in the defense of freedom of expression.

For this, the group even has its own legal team, always on duty during the demonstrations so that any detainee could resort to them. Two of them are also known: Karim Benamar Narro, an attorney for the ‘Surround Congress’ activists, and Alejandra Matamoros, lawyer for Pablo Hasel. 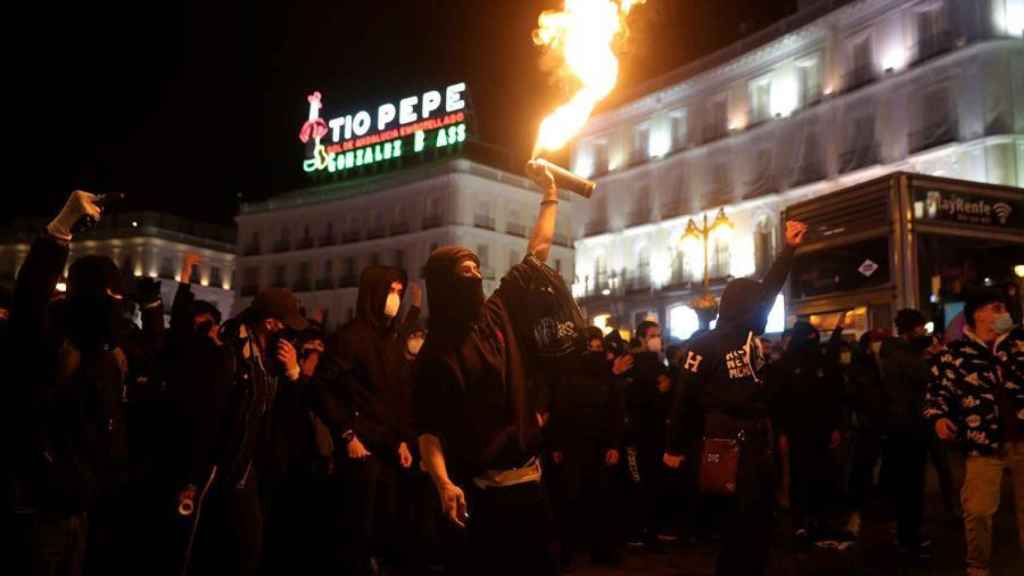 Burn and break Madrid invoking freedom of expression: “This is not violence, it is self-defense”

The police warn of the important convening power that these groups have. “If the extreme right mounts a rally, very few will come: 100 or 200 at most. The extreme left groups are able to summon 3 or 4 thousand people“. The clear example was, precisely, the last concentration of Sol after Hasél’s imprisonment, when the extreme right tried to demonstrate against the anti-fascists:” They did not gather more than 40. When they saw the panorama, without being seen in the area, they they turned around and went the way they came ”, summarize police testimonies.

These anti-system protesters are joined, in their words, the rogues: habitual criminals and trapicheros who take advantage of the confusion to steal. However, confirms the Police, they have nothing to do with these radical groups or their ideology, but use them as an excuse to go unnoticed: “They are interested in confusion, charges and violence, to be able to steal.”

The MAR, on the other hand, is motivated by other motivations. Whether it is charging against the Police, for that of disputing the monopoly of violence against the State, or mobilizing the youth within the radical left, its immediate future is still uncertain. From throwing paving stones for the freedom of Pablo Hasel to provoking an escrache to Pablo Iglesias, there is a fairly large change in strategy and only six months apart.