Christina Lamb She has been listening to the stories of women in war contexts for more than 30 years. When he started working as war correspondent she focused on them, on that part of history that never appears in textbooks, on how mothers were able to survive and take care of their children in the midst of tragedy. Unfortunately, she quickly saw that most of those stories included sexual violence.

Wars always bring destruction, pain and death, but in the case of women, something worse. Often “sexual violence is used as a deliberate military strategy” in which they are the victims. Are tortured, raped, sold and enslaved, many times to the point of wanting to commit suicide. When everything happens, the ones that survive are not remembered. In many parts of the world they are even treated as outcasts for having been “tainted” or blamed for what happened. Some have to raise children who constantly remind them of the suffering they went through; others suffer physical consequences that prevent them from engendering.

“Rape is the cheapest weapon of which there is evidence. Annihilate families and empty villages. It transforms girls into outcasts, who want to end their lives when they are just beginning, “writes Lamb. The current chief correspondent for The Sunday Times, publishes in Spanish its book Our bodies, their battles (Main) next October 6. A hard story that compiles those stories that we often prefer not to know, but that shows the magnitude of sexual violence throughout the world. 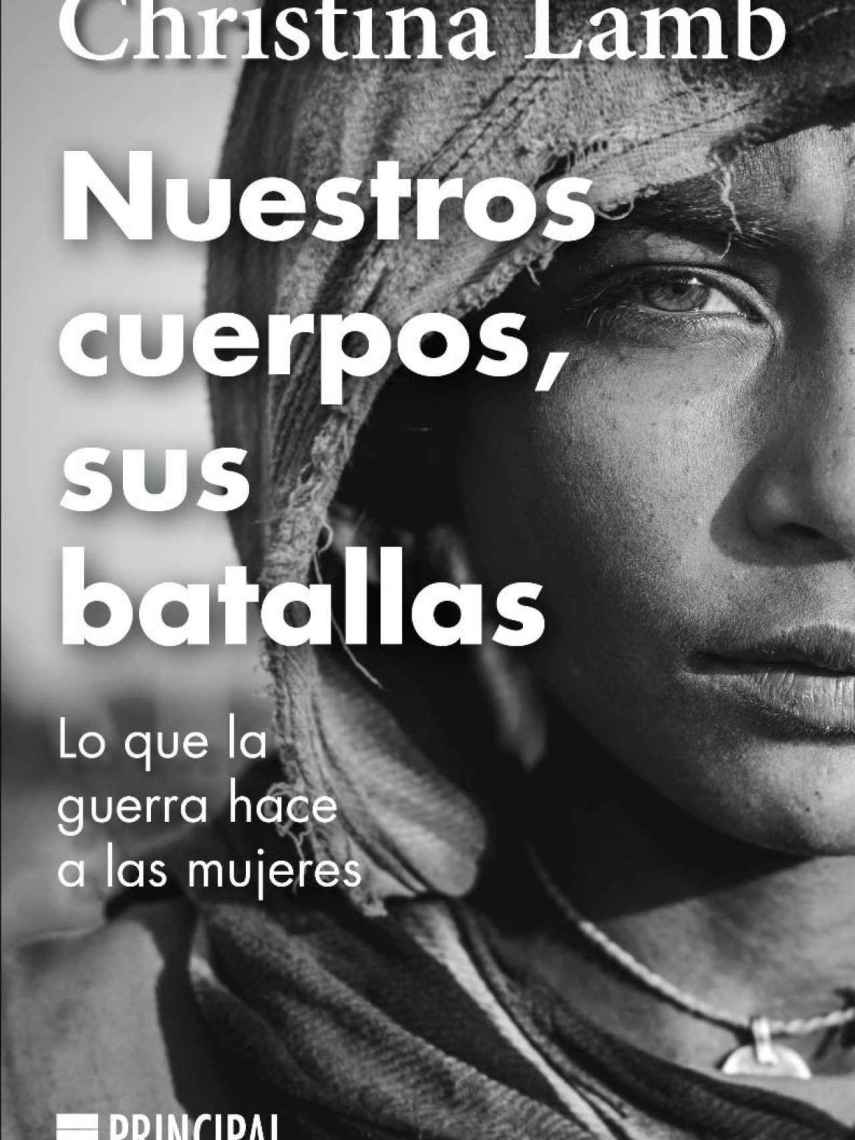 Cover of ‘Our bodies, their battles’.

“These stories are basically the hardest things anyone can talk about. When I asked them, I was worried that I could harm and traumatize them by making them talk about the worst thing that can possibly happen to a person. Some didn’t want to because it was too hard for them, but it was interesting that others wanted to tell me every detail. It was very important to them, “he tells Store.

“There was a woman, Naima, with whom I start the book, a Yazidi in Iraq, who was sold 12 times among ISIS members. She remembered the names of each one of them and of their relatives and wanted to tell me all, that the write “.

For the author, who has among her publications books such as I am malala, telling the testimonies of these women is a way of trying to do them justice, something they have never had. “Almost all of them told me that what they really wanted was justice and in many cases it was significant to know what they understood by justice. Many times it was not necessary for their stories to reach a court and there was a conviction. It was that those stories were told and for people to recognize the terrible things that had happened to them “.

In 2002, the United Nations National Security Council unanimously approved Resolution 1820 on the use of sexual violence in war, which stated that “rape and other forms of sexual violence may constitute a war crime, a crime against humanity or an act constituting genocide “. A few years earlier, in 1998, rape was listed as a war crime in the Rome Statute established by the International Criminal Court (ICC). However, in the 23 years that have passed since then, the ICC has only handed down one conviction for rape in wartime, and was overturned on appeal.

This is especially painful for Lamb because “It is not that we do not know what is happening, these women are telling their stories”. “If you see Yazidis, hundreds of them came to me to share their stories. Rohingya women, who fled to Bangladesh, told their stories of gang rape by the military. Dozens of Nigerians who were captured by Boko Haram spoke But so far no one has appeared before the Court. Why does it happen? Is it because it does not matter or because it happens mainly to women? “

Christina Lamb is relatively positive about the advances in awareness of sexual violence thanks to movements like MeToo and the establishment of laws on the matter. But he warns: “There is more awareness, but that does not mean that everything is fine. There are big problems. United Kingdom, for example, it is very difficult … Only 3% of rape cases have convictions. So if it’s that difficult in countries like these, imagine in places like the Democratic Republic of the Congo, where the perpetrators are people in power, carry guns, and where women don’t have any education or access to lawyers or associations. It is impossible”.

In addition, one should not be satisfied despite the apparent progress, as can be seen with Afghanistan that “shows how quickly things can change for the worse if we are not careful.” Lamb was caught in the Amazon by the arrival of the Taliban in Kabul, and he was amazed at how quickly they regained territory.

“The situation in Afghanistan breaks my heart. I have spent months there, it is a country that I appreciate very much. Many people I know have fled, gone into hiding or moved every two or three days, and they send me desperate messages asking for help. because they’re terrified. It’s really heartbreaking. And you feel like, what’s the point of the last 20 years? We spent millions of dollars, lives were lost… All for the Taliban to come back again. And on these women, who feel that overnight everything is more dangerous. It is almost more cruel. It is devastating to see and a complete humiliation for the West. “

See how history repeats itself, more than 30 years after she covered the war in that country. “That is perhaps the most frustrating thing about my job: writing about things that happen and mistakes that have been made that nobody seems to care about. Errors that are made over and over again.”

She is clear about it, so that stories like Naima’s, sold to more than a dozen men, do not continue to be repeated systematically; that of another mother whose baby was murdered in front of her; or that of the Boko Haram girls whose mothers despair because seven years later they are still missing; the international community needs to get involved, really.

“Sexual violence will not change until the high-level community does something. It cannot be that every country in United Nations vote to say something has to be done, but then do nothing. Now is the time to say, ‘Let’s face it, this is unacceptable.’ It’s happening all over the world, in many countries, it’s scary. ”