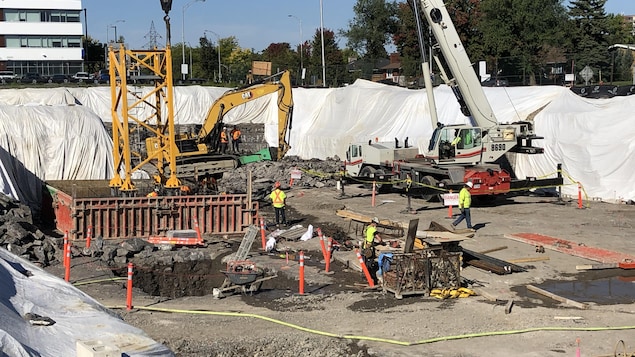 On Wednesday, Radio-Canada published that Quebec canceled seven calls for tenders between June and September 2021, including those for the Granby and Coaticook seniors’ homes, because it deemed them to be too expensive. Hoping to save money, the government later restarted the process.

Result: the bid for the Granby house went from $31.1 million to $36.3 million, and that of Coaticook, from $32.5 million to $35.3 million. This is an increase of 17% and 8% respectively. Five other calls for tenders were relaunched and also received higher bids.

This news comes as no surprise to the mayor of Granby, Julie Bourdon.

Rising costs really affect everyone. Even us, at the Municipality, when we call for tenders, the costs are often highershe explains.

The Granby seniors’ home was to accommodate 48 people, including 24 seniors and 24 adults under 65 with specific needs. Even though this file is at the provincial level, the mayor says that this house is a real need in her municipality, and that our services are continuing to discuss this project with the various Quebec government stakeholders, to ensure that everything can be done as soon as possible.

” Our socio-demographic curve is changing and we have a lot of seniors. We also welcome many people from the South Shore of Montreal who come to settle here for their retirement. […] for health services. »

“It’s an economic movement that affects everyone”

The professor at the National School of Public Administration and former Minister of Health Rémy Trudel is also not surprised by the increase in calls for tenders received by the government.

The impact that inflation has on the level of building materials, not to mention the shortage of labor which is driving up costs […] It is an economic movement that affects everyone, but in particular the public authoritieshe remarks.

” From the moment the government made a commitment to build […] these seniors’ homes, he could not know which indices were going to affect the price variation. »

In Minister Girard’s last budget, he announced that the Quebec infrastructure program, all infrastructures combined in terms of transportation, public buildings, health, etc. was 142 billion for the next 10 years. We are going to have to revise this cost estimate if we still want to stick to the construction of the infrastructures as we committed to at the beginning of the mandate.he adds.

A distribution over time of the constructions could also be considered, he notes. However, he does not believe that it would be in the interest of Quebecers to accept a reduction in the quality of future infrastructures in order to save money.

If we have a reduction in costs at the price of the quality of the infrastructures, that means that we would meet our obligations in the very short term, but we will pay the long-term consequences for a very very very long timehe warns.

” This is the great danger that threatens public infrastructures to be developed: reducing quality to meet production objectives. »

The Société québécoise des infrastructures (SQI) plans to deliver at least 2,600 of the 3,480 places planned in seniors’ homes in the fall of 2022, as promised by the Legault government. The construction started, such as the Magog seniors’ house, should also be completed, according to Quebec.