“I’d rather be Juan Mari’s widow than your mother.”

—I would also rather be Juan Mari than Ibon Etxezarreta.

That phrase was etched, years later, in the conscience of both. Maixabel is the widow of Juan Mari Jáuregui; and Ibon Etxezarreta, ‘Potxolo’, is a member of the ETA command that killed her husband. She remembers the events years later, in conversation with EL ESPAÑOL, sitting in a ‘txoko’ in Legorreta, at the same table where they were interviewed in 2019. Then they were filming Bridges, a documentary about the broken bridges and the lines between the victims of ETA and their executioners. Now it is cited on the same day as the premiere of the film that bears his name.

It is an instant that is resolved quickly, that murder the July 29, 2000, both in reality and in the movie. A restaurant in Tolosa, a couple sitting at the table, a telephone that rings, two shots to the back of the neck, a car that starts and lives that change forever. The years have passed quickly but the wounds are still open, and the Ibon Etxezarreta who steps on the gas to flee the crime scene has little to do with the current one, in charge of a bakery that he prefers not to say the name of. He is still serving his sentence and sleeping in jail.

The same happens with Luis Carrasco and Patxi Makazaga, the material authors. The former works as a yoga instructor and was the pioneer in meeting with Maixabel, in 2011; and the second, the head of the command Head who pulled the trigger, has decided to do it now, this month. Maixabel is not the same either, and the woman who yelled at the socialists to be escorted so as not to continue falling like flies is not the same as the one who sits down with this newspaper and demands, this time for everyone, a second chance.

On this leitmotiv, Icíar Bollaín builds his Maixabel, a trip to the bowels of dialogue starring Blanca Portillo and Luis Tosar. The film, which began to be prepared during the tribute to the death of Jáuregui in 2018, mainly delves into the relationship between murderer and victim. Time has passed and Maixabel has learned to be firm but generous, even though she has survived the absence for 21 years. Ibon, for his part, sees things differently. It was not always like this, for one or the other.

On the night of July 28-29, 2000, Juan Mari was startled. He told Maixabel, on the other side of the bed, that he had dreamed that they would kill him; she told him what nonsense that was. 21 kilometers away, Ibon Etxezarreta also woke up early. It was the phone, across the room, and the voice of Patxi Makazaga, his command chief: “Take the gun and the loctite. Let’s go to Tolosa”. To kill Jáuregui.

Juan Mari Jáuregui had been the civil governor of Guipúzcoa, but he went into exile to Chile as soon as ETA put him in the spotlight. That summer he returned home to celebrate the silver wedding anniversary and met at 11:30 with a friend in the cafeteria of the Beotibar fronton, in Tolosa; the same place as the previous two Saturdays. At the hours they entered Makazaga and Carrasco, disguised with mustaches and txapelas, and unleashed two shots on the back of his neck. Outside I was waiting Etxezarreta, with the car running and the doors open. Maixabel also waited at home for her husband to come back to eat. 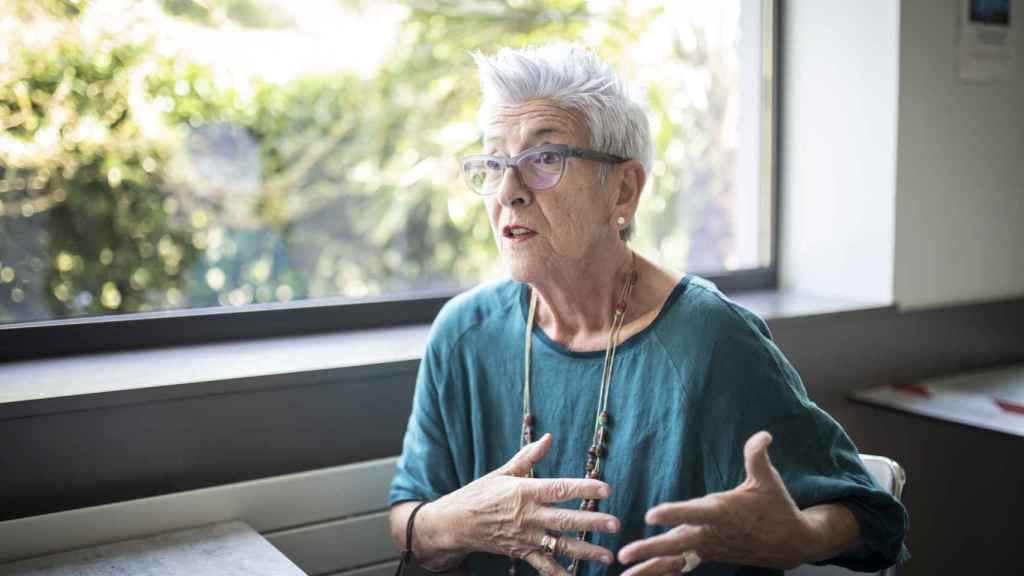 Maixabel, in the interview with EL ESPAÑOL.

They killed him, in Etxezarreta’s words, because they were ordered to. Maixabel says that because he was a dialoguer, the first one who wanted build bridges between society and terrorists. Hours after Jáuregui died, she screamed and asked for caution for the party’s comrades. Hours after killing Jáuregui, he showered, went to the mountains and took the dog for a walk.

The movie flies past July 29, the day they became murderers and she became a widow. The important thing is what comes next: the 14 years They go by until she comes face to face for the first time with one of her husband’s killers. Over time he has met with two of them. Individually, on various occasions, in different years and different circumstances. They drink something and talk. Also from that.

“For me they are brave people who have stood up to the organization: they went from being heroes to traitors just by sitting down and talking to me,” he says. Asked how she gathered her strength, so long ago, she does not hesitate: “Because everyone deserves a second chance, and because we have to dialogue to understand each other and fix things.”

She talks about the subject with regret, but firm, with that Basque encaste that makes a wife capable of looking her husband’s murderer in the eyes, listening to him and understanding him. Forgiveness is another story, perhaps, but with nuances: “I consider them other people, they are two men who have regained his dignity and they have nothing to do with what they were in 2000. They have come a long way to get here ”, ditch, emphatic. “Now they are the greatest de-legitimizers of the use of violence.”

“Did you ask them why they did it?”

Perhaps the biggest challenge for Maixabel, film and person, is trying to understand: understanding how to humanize a murderer and what prompted her to meet with the one who had taken her partner from her since she was 16 years old. 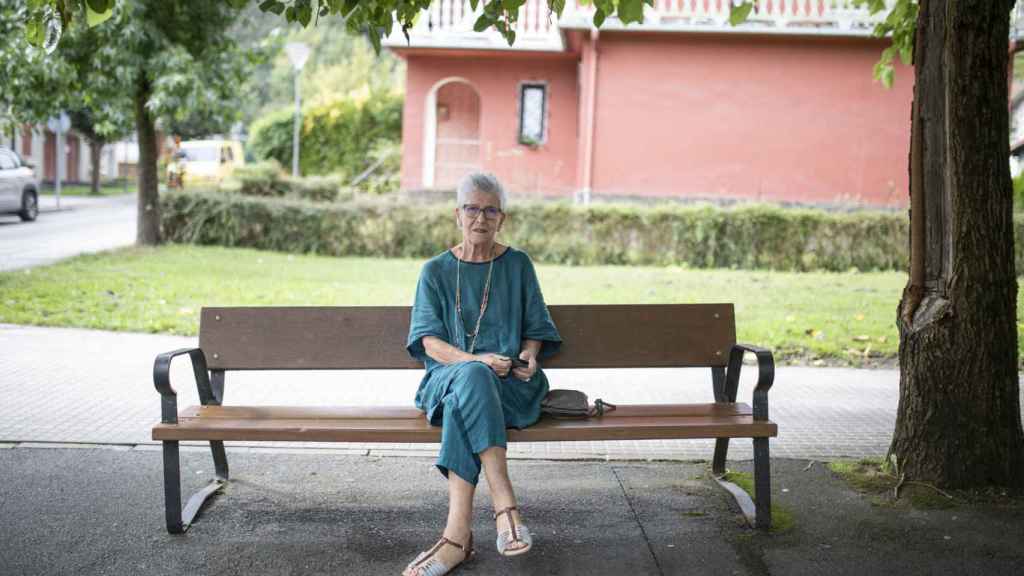 Until then, upon the arrival of that first conversation in 2014, he limited himself to introducing them, the two protagonists of the dance, without further ado, and the third man, Juan Mari Jáuregui, which does not appear on the screen but is always present. She believes that Juan Mari would have spoken with them and she has.

– Does the ‘abertzale’ left do enough?

-No. I think they have to be braver, just as the PSOE should be, to tell the truth about what happened and the responsibilities they have. They have been very lukewarm, and they condemn … that way. You have to be clearer and more forceful, because if you are not throwing stones at each other.

This is also what the film is about, a kind of recipe for the future. Maixabel Lasa herself, the real one, appears in the final scenes, forcing her to be outraged and understand in equal measure. She is satisfied with the result, and hopes that it will help her learn. Because the Maixabel by Icíar Bollaín is a fiction, but everything that counts is true. And it deserves to be remembered.