It was January 1980, and a cold winter in Calgary, Cory Gurnsey was just nine years old.

He was walking home from Victoria Park school when he was randomly attacked by a man, who had just been released from prison.

He was beaten and stabbed eight times.

“I didn’t even know I was being stabbed at the time,” said Gurnsey from his Lethbridge home.

“Everything went numb, when it penetrated, but it felt like a pain cushion.”

Gurnsey was wearing his iconic Montreal Canadiens jersey with Guy Lafleur’s famous number ten printed on the back.

Doctors had to cut it off so they could ultimately save his life.

“He only had a five per cent chance of making it,” said Laura, Gurnsey’s mother.

Lafleur caught wind of the incident and visited Gurnsey at the Holy Cross Hospital.

It was that meeting Laura believes gave her son the power to live.

“They told him about everything that was going on, and it was just great,” she said.

“He just seemed to come around just like that.”

Weeks later, Lafleur flew the Gurnseys out to Montreal, to watch the Canadiens take on the Toronto Maple Leafs.

“After I was out of hospital, that’s when I got flown to Montreal and Guy promised me, he will score a goal for me,” Gurnsey said.

“And he did against Toronto. He put it on a plaque after, and signed it.” 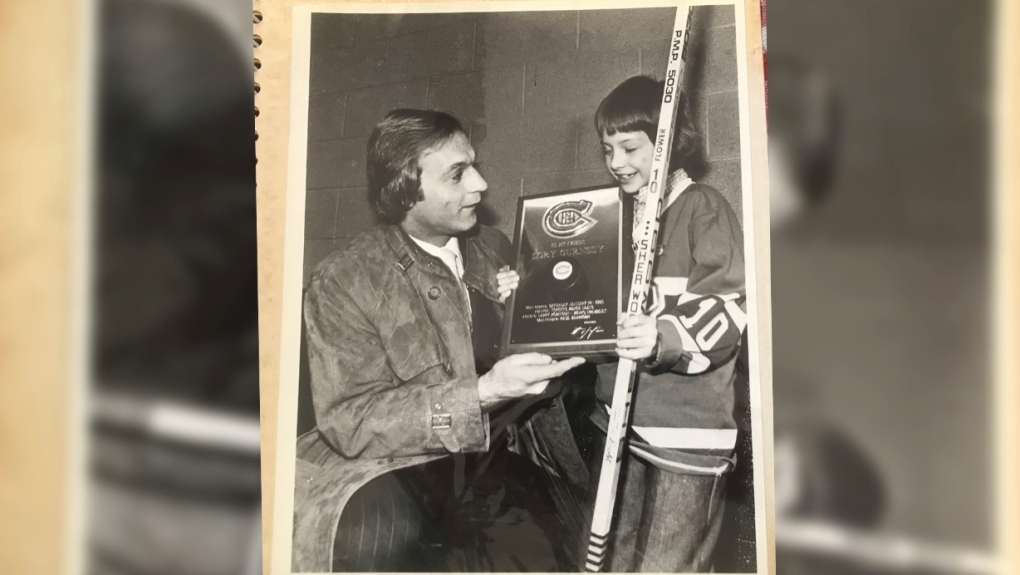 Cory Gurnsey holds a plaque presented to him after Guy Lafleur scored a goal for him (Supplied).

Laura Gurnsey says those moments she continues to cherish 42 years later and says many hockey fans will miss Lafleur.

“It was a shock when I found out he passed away,” she said.

Cory says the traumatic injuries have led to him suffering from PTSD, a learning disorder and several mental health issues.

He says Lafleur impacted his life significantly, and he was saddened to learn of his death.

“I wish for his wife and children, I’m sorry for their loss, and I hope the real best for them,” said Gurnsey.

A national funeral will be held in Montreal on May 3rd for the National Hockey League great.