The first Covid vaccines had not yet been approved when developed countries began concluding pre-emption agreements. Millions of doses are guaranteed to immunize their populations. But not all of them were used. More than 61.5 million antigens have ended up ‘in the rubbish bin’ because they expired in 2021.

Specifically, according to data provided by Airfinity to EL ESPAÑOL-Invertia, 61,534,034 doses purchased by the European Union, the United Kingdom, the United States and Canada expired last year. Some vaccines that have served to immunize more than 30 million people.

The largest amount of expired coronavirus antigens is attributed to the member states of the European Union. A total of 25,228,965 doses. Behind, US, where 20.9 million vaccines were wasted. In turn, in UK and Canada 7.9 and 7.3 million doses expired, respectively.

Vaccines against Covid expired in 2021.

By manufacturers, the AstraZeneca It is the most wasted vaccine. More than 29.8 million doses expired in 2021, of which 21.5 million belonged to the European Union. The reason for this is that this antigen is no longer used due to the cases of thrombosis that have occurred in young people who have been immunized with this preparation.

In Spain, for example, only the population between 60 and 69 years old is vaccinated. After people of these ages were vaccinated, AstraZeneca’s vaccine was discontinued. Many doses were donated, but many others fell into the refrigerators.

In fact, in Spain, most of the vaccines that have expired are those developed by AstraZeneca and Janssen. According to data obtained by eldiario.es through the transparency portal, almost a million doses have expired in our countryof which 95% belong to these two pharmaceutical companies.

About the vaccine Pfizer / BioNTech, there are 25.8 million doses that expired in 2021, back to the Airfinity figures. Most belonged to the United States, where 16.1 million of these vaccines were wasted. Rear, Canada, with 6.6 million doses expired. Third place is occupied by the European Union: more than three million.

Far below the figures of AstraZeneca and Pfizer / BioNTech is the vaccine for Modern. In this case, just over five million doses expired. The majority occur in the United States, where 4.4 million antigens from this manufacturer have been wasted.

And among the million, the Janssen. In the European Union, the United States and Canada, 833,987 doses expired. 85% of these match those acquired by the country under the chairmanship of Joe Biden.

It should be remembered that the shelf life of Covid vaccines varies between six and nine months. And it’s about to run out of more than 240 million doses.

This is the amount of vaccines against Covid that will expire in March if not sent to poor countries soon. Airfinity co-founder and CEO Rasmus Bech Hansen warns that “there are excess doses available that run the risk of spilling if not shared soon. The prevalence of omicron and the likelihood of future variants indicate that there is no time not to waste. “ 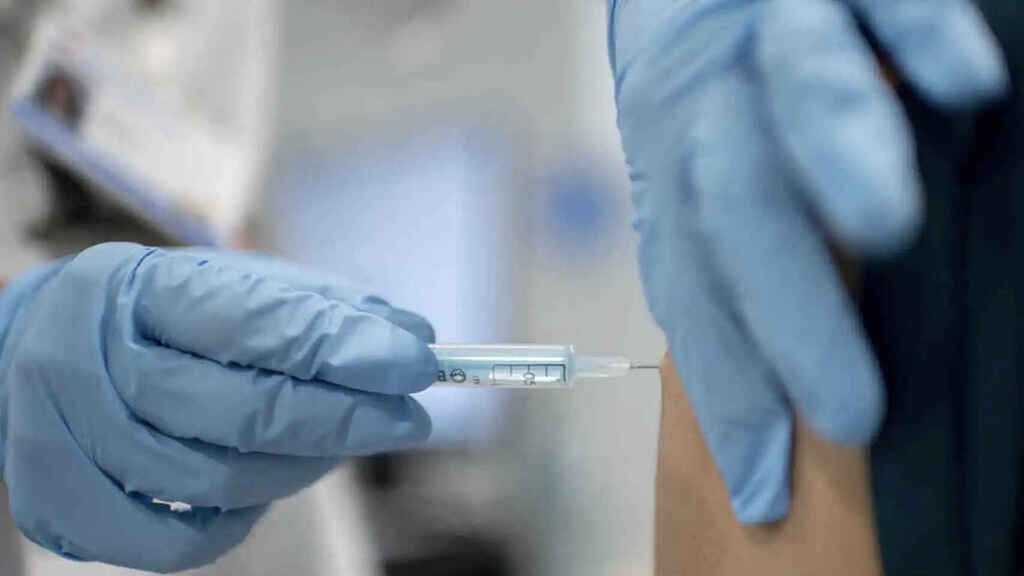 A healthcare professional injects a vaccine into a patient.

In turn, Matt Linley, chief analyst at Airfinity, recalls that “countries need these vaccines to get a minimum shelf life of two months; otherwise there is not enough time to get them to the people they need. ”

In fact, if developed countries are not in a hurry to donate excess doses, there is a risk that the number of vaccines that have expired will increase. up to 500 million of dose, according to the predictions of this organization.

In addition, Airfinity recalls that poor countries in December alone rejected more than 100 million vaccines due to their short shelf life. “These figures show that the vaccination of the world is now very much a matter of distribution and not a matter of supply,” Hansen adds.