Doug Sartori says he remembers casting his ballot in the 2018 municipal election at a polling station that was just blocks away from his home in Ward 1.

But this October, that same polling station may no longer be open.

That’s according to a City of Windsor map which suggests the number of polling stations where the general public can cast their ballots in the 2022 election will be limited to just three per ward.

“In an electoral campaign world, we know that the most valuable doors that you want to hit as a candidate are the doors that are closest to polling places,” said Sartori, a panellist on the Rose City Politics podcast.

“Having a polling place near where you are has a huge impact on people’s motivation to get out and vote,” he said.

Doug Sartori, a panelist on the Rose City Politics podcast as seen on June 23, 2022. (Sanjay Maru/CTV News Windsor)
Comparatively, the 2018 municipal election saw each ward have between six and nine polling stations each.

Sartori said after looking at the polling station map — which appears to have been last updated on April 29 but remains on the city’s website in its current form as of Thursday — his immediate concern was voting access.

“Voter participation is a key component of democracy…I am concerned that that we will see a diminished turnout in this upcoming election,” he added.

But according to Terri Knight Lepain, manager of elections and records for the City of Windsor, the map that is currently on the city’s website has not been finalized.

“Most likely, there will be a slight decrease in locations. But again, we’re constantly reviewing the list, looking for the best locations,” she said, adding the city has “plenty of time to assess options” before the Oct. 24 vote.

The likely reduction of polling stations, however, will come with new strategies that the city hopes will increase voter turnout.

Lepain said setting up polling stations in schools has come with its share of challenges, even prior to the COVID-19 pandemic, such as school bus drivers and parents occupying space where voters are supposed to park.

In many cases, she added, parents who showed up to vote around 3:00 pm, when children are being picked up from school, said they did not have time to go back later and vote.

“So that person didn’t vote, which is unfortunate,” said Lepain.

Lepain added the possibility of the COVID-19 pandemic resurging continues to stay top of mind in her decision-making, which is why the city is being more thoughtful about polling stations for the October municipal election are situated.

Some of the strategies include setting up polling stations more closely along transit routes and in locations that can accommodate more people.

“While there may not be seven, eight or nine polls in the ward — there may be four or five — they’re bigger, in more accessible locations and the parking is better for those who do take transit to the poll,” Lepain said . 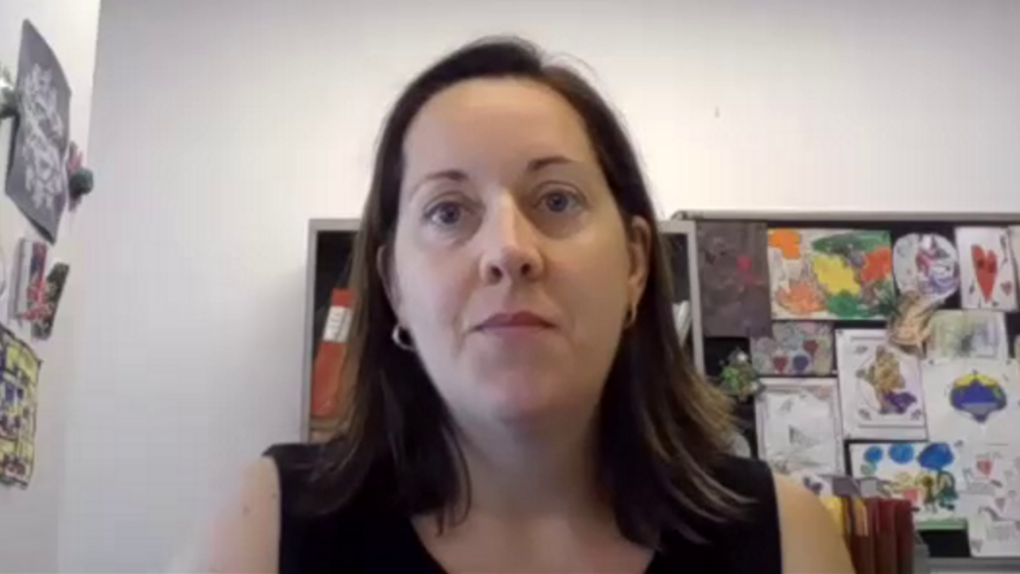 Terri Knight Lepain, manager of elections and records for the City of Windsor, as seen on June 23, 2022. (Sanjay Maru/CTV News Windsor)

The city is also planning to offer five days of advance voting via drive-thru, followed by three days of in-person advance voting. The drive-thru method was first tried out in Windsor during the 2020 Ward 7 by-election.

Lepain said there are plans in the works to allow eligible voters to cast a ballot anywhere in their ward, rather than being assigned a specific polling station specified on their voter identification card.

“We’ll have more staff at these locations to quickly service the voter,” Lepain added.

As for Sartori, he hopes the city’s strategies to capture the attention of eligible voters, particularly those who do not drive and rely on transit to get to voting stations, will pay off after the dust settles in the October vote.

“These are the folks that need the most support in terms of getting out to vote. They’re the ones who, I think, are at the most risk of deciding it’s not worth their time and effort to vote on Election Day,” said Sartori.

“Anything the municipality can do to encourage more voter participation and more convenience for voters in casting their ballot is a good thing,” he added.