Banff’s Ryan Barrow is in his fifth and final season with the University of Denver and he wanted to end his hockey career with the Pioneers in style.

Barrow and the Pioneers went up against Minnesota State in the men’s NCAA championship game last Saturday night. The Pioneers couldn’t get anything going through the first two periods but early in the third, Barrow struck with the game-tying goal.

Barrow said it was the biggest goal of his college career.

“We were just kind of like one shot ties it, that mentality,” the fifth-year forward told CTV.

“And then luckily I got a rebound there and put it in and we got a couple of more goals and we’re natty (national) champs,” he said with a chuckle.

The Pioneers would end up with a 5-1 victory to claim their ninth division one title. Being in his fifth and final year made winning the Frozen Four all the more special for Barrow.

“It really hasn’t even set in entirely. It’s kind of starting to get there but (it’s) just an unbelievable feeling.

“Obviously it was my last year (at Denver) and to go out on top,” he said, “is just spectacular.”

The Pioneers had to beat UMass Lowell, Minnesota-Duluth and Michigan before meeting Minnesota State in the final. Barrow says they’re a close knit bunch and he thinks that really helped in winning the title.

“(It was) probably the most must-year of hockey I’ve had,” he said. “We hang out in the rink, outside the rink and we’re always doing stuff together,” he said.

“I think that really helped. I thing we wanted to do it for one another. We were just unbelievably close and obviously we’ll have this (championship) forever.”

Barrow says he’s going to enjoy this championship for a while and right now he hasn’t really thought about his hockey future.

“Hopefully there will be hockey in the future but I’m lucky to I got to come here and get this degree and getting my masters in finance right now. If there’s not hockey in my future I think it will be a job in finance for sure.” 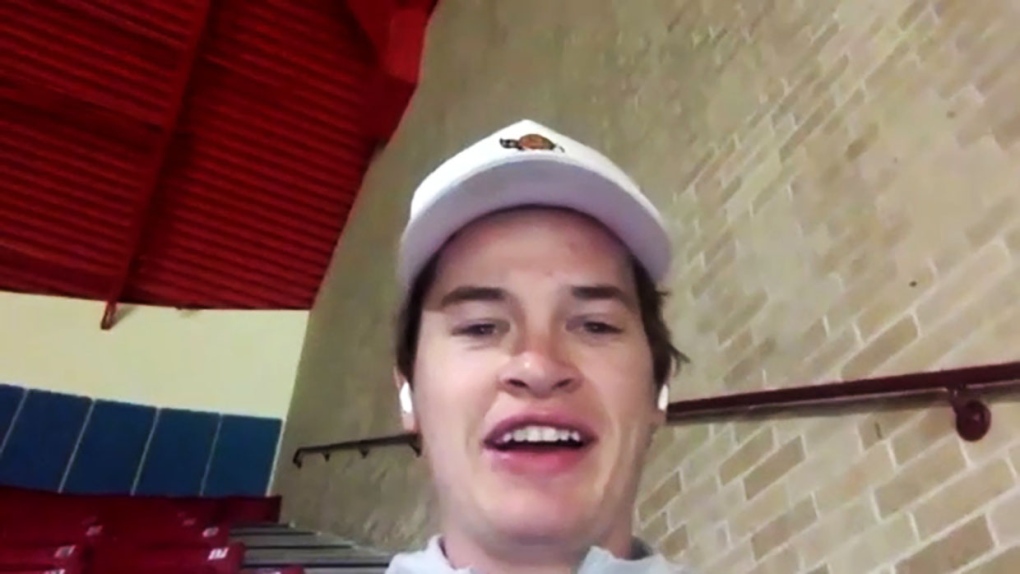 Barrow says there’s one more celebration he’s looking forward to and that’s when he gets home to Banff after he finishes school.

“All my friends back in Banff they had a bit of a watch party,” he said. “I’m lucky to have such a supportive group and yeah it will be fun to party it up with them when I get back.”

There were a couple of Calgarians on the Pioneers roster as well. Matt Davis was the third string goaltender and forward Carter King didn’t play in the Frozen Four final.

Published On April 13, 2022
By thecanadian
Categories