Through an interview of the program ‘At home with Telemundo’, the host Adamari López, tells how her relationship with Toni Costa has been, and confesses that she has had some bad moments in her marriage, according to People in spanish.

On the occasion of Valentine’s Day, the Puerto Rican shared with all her moments in her relationship where she confessed that she has had good and bad moments.

Adamari first began by telling how she fell in love with Toni Costa: “This love story began by dancing in a contest where I was, Toni was the dancer, we did a tango and he kissed me,” said the host.

“One day Toni invites me to dance, there we started to talk and we ended up giving each other a kiss, very different from tango and 7 weeks later the other flowed,” Adamari and Toni clarified.

Later the couple confessed that perfection does not exist and that like any relationship they have had some ups and downs in that relationship that so far looks stronger than ever.

“We have had our good and bad moments in the relationship but I think everything has made us unite more, grow more, admire each other more,” confessed the presenter.

Then the dancer mentioned before his partner’s gaze: “I know it’s complicated but I hope another baby will arrive, whatever it is. We don’t have that part closed ”.

After 10 years of being together, in the relationship there is everything, even one of the most recent cases was when a possible separation was rumored, but they knew how to handle it, they also confessed that they want to have another baby, “I understand that Toni He is the love of my life and we have realized that we do love each other deeply and that we continue to fight and bet on our love ”.

During the interview with the couple, after Adamari López told how this beautiful relationship began, the dancer Toni Costa spoke about how he fell in love with her. 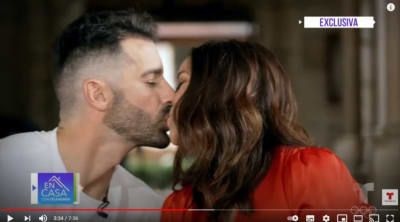 “I did not know her, I came from Spain, oblivious to the world here, and I saw her sitting calm, and I did not see myself staying in this country, nor did I see myself being with a person being so far away, nor having another daughter, they were other plans I had in life, “said Toni.

Later, the dancer affirms that the arrival of Adamari in his life changed everything completely: “I met her and that moved me around everything, I left my family, my job, my customs, my friends in Spain for her.”

Today the couple have a little 5-year-old daughter named Alaïa Costa, but Adamari and Toni will soon seek to expand the number of family members.

Previously after it was circulating on social networks about alleged problems between the couple, Toni Costa, husband of Adamari López, responds with an image stating that they are doing great. 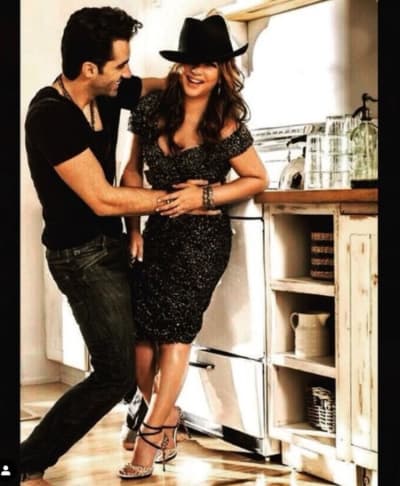 Faced with this situation, the husband of the Puerto Rican driver and actress, in his official account of InstagramHe responded very forcefully, sharing a photo where the couple appears very happy.

With an elegant black dress in addition to wearing sneakers and a dark hat, Adamari can be seen happy next to her husband who accompanied the photo with a message: “Come on honey, can we have a laugh?”

So far the followers of both the dancer and the presenter, have supported them by leaving their messages in the shared image, having more than a thousand comments.