Eintracht Frankfurt missed the victory in Cologne and thus the jump to second place in the Bundesliga table and is a bit annoyed. Because that wouldn’t have been necessary.

In sport, especially at the top with all the high-performance athletes, centimeters, fractions of a second or simple individual failures decide about triumph, defeat or something in the middle. This is not wisdom and not a brand new finding, in the case of the Bundesliga game between the crisis-ridden 1.FC Köln and the Frankfurt Eintracht, which is sailing on the upswing, there was not even two minutes between the probable preliminary decision in favor of the guests from Hesse and a sense of achievement for the hosts from the Rhineland , which ultimately led to the end result, a despicable 1: 1.

And that’s how it happened: After 50 minutes of play, the agile Frankfurt radio tower Bas Dost passed the ball in the middle, Eintracht led 1-0 already deservedly, and Daichi Kamada came scurrying up, ready to shoot, the ball came in perfectly, and the Japanese is yes a fine technician who occasionally gets strangely jammed when it comes to shooting the ball into the goal. Kamada consequently didn’t hit the play equipment at all, sabered a clean air hole, and when it somehow hopped at his feet again, he slammed it far over the crossbar into the safety net. The huge chance to make it 2-0 was wasted and fizzled out. Gone stupid.

It was pretty clear that the Cologne team, who had been tired up until then, would not have kept anything countable in Müngersdorf if Eintracht had added up and made it 2-0. “That was definitely the key situation,” said sports director Bruno Hübner. “The Cologne had not fired a single shot by then. I think we could have knocked them out there. They would no longer have believed in themselves, we would have gotten stronger and stronger. ”But the subjunctive remains subjunctive.

After all, it happened as it often happens in football. Not even 120 seconds later, the ex-Frankfurt Marius Wolf and Kingsley Ehizibue combined on the right, the Eintracht defense including Sebastian Rode was not up to par, and in the middle it was Ondrej Duda who appeared all alone at the penalty spot and the ball to compensate for the network. Eintracht goalkeeper Kevin Trapp was unlucky, a few centimeters – see above – were only missing and the goalkeeper could have parried the tight shot with his knee. Bad luck for artists.

What at this point, at least a few had a vague idea: Duda’s direct hit was to be the last goal that afternoon in this tough and low-level, later quite entertaining football game. 1: 1, one point for everyone, not fish, not meat.

Eintracht left the cathedral city with mixed feelings. Actually, she could have won this game, maybe even should, she was the more grown-up, better team for over 90 minutes. “We’re leaving with two lost points,” said coach Adi Hütter. “I’m a little annoyed about that.”

Newcomer Amin Younes, who made an appealing debut with the eagle on his chest (see report on page S2), was allowed to participate for a good 20 minutes and was then torn back and forth: “Actually, we had everything under control, we have Not lost either, but that still feels a bit bad. ”Wasn’t that way for him alone.

But that was not a reason to mop up for the Frankfurt entourage, although the sentence in second place did not succeed. “We really wanted to win here, which we couldn’t. But we are unbeaten, in fourth place, with eight points we got off to a good start. Overall, I am satisfied, ”said Hütter.

The Frankfurters had it to themselves, however, not to have made a big step towards the top of the table. In the first half, especially in the feeling of high superiority, they were not hot and determined enough to tear down the nerves of the insecure Cologne team even more, which certainly works best with goalscoring. The game, although with 63 percent possession, was not compelling and brutal enough. Except for two approaches by André Silva (6./30.), The opportunities of the Hessians were manageable, but much more dangerous than those of the Rhinelander: They did not even manage a shot on goal.

Nevertheless, they had to help to inspire unity. FC defender Sebastiaan Bornauw had knocked Daichi Kamada in the penalty area, which was difficult in real time, but clearly visible from the TV images. André Silva once again demonstrated his strong nerves from the point and turned safely into the lead in the second minute of stoppage time of the first round. Only FC manager Horst Heldt did not want to accept the decision made by referee Sven Jablonski after studying video: “You can give, but you don’t have to,” he commented on Sky. The 50-year-old didn’t want to understand that Tobias Welz had reported by radio from the Cologne basement. “That was not a clear wrong decision. I wonder why they are getting involved. ”One can also wonder about Heldt’s miraculous statement. Maybe too much adrenaline in the game.

Curiously, Cologne, who have been without a win for 14 games, came up stronger in the second section, although Eintracht played better and more directly. Or maybe it was just because a halfway decent game usually requires two teams. Here Duda (63rd) and Ismail Jakobs (78th) failed to Kevin Trapp, there Kamada (50th), Dost (70th), Almamy Touré (71st) or Younes (78th) didn’t get the ball between the bars . So a draw.

With eight points, Eintracht takes the uncomfortable walk to Munich for champions of all classes on Saturday. Manager Hübner is still very satisfied with what has been achieved so far: “We have a two-point average. If we keep that, we’ll know where we’ll get in the end. ”68 points are usually enough for the Champions League. Would have laughed. 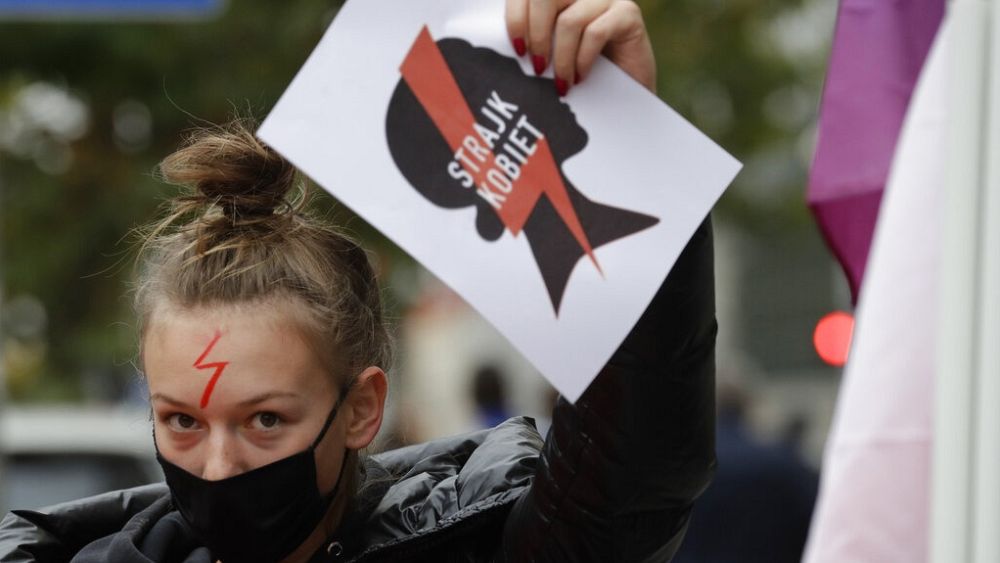 Poland: “women’s strike” against the ban on abortion

Murder of Josiane Arguin | Simon Brind’Amour had an episode of “dissociation”, according to an expert

Over $ 8 million awarded to the SAT