As gas prices rise in Nova Scotia and New Brunswick ahead of the long weekend, one industry expert says people should start to get used to paying more at the pumps.

On Friday, the minimum price for regular self-service gas in the Halifax area rose 4.8 cents to 141.6 cents per liter. The price of diesel has also risen seven cents, to a minimum price of 139.

“Those are prices that we haven’t seen in a long, long time,” said Dan McTeague, president of Canadian for Affordable Energy.

Just a year ago, people in both provinces paid less than $ 1 per liter at the pumps.

These price increases, which are being seen across the country, can be attributed to the rise in the price of crude oil, which rose from around $ 72 to around $ 79 a barrel earlier this week.

“That’s one of the main reasons we’re seeing these prices respond,” McTeague said.

“Even though it’s a weekly thing, under the regulated system, it just means that the Atlantic provinces are just catching up on the price increases we’ve seen across the country.” 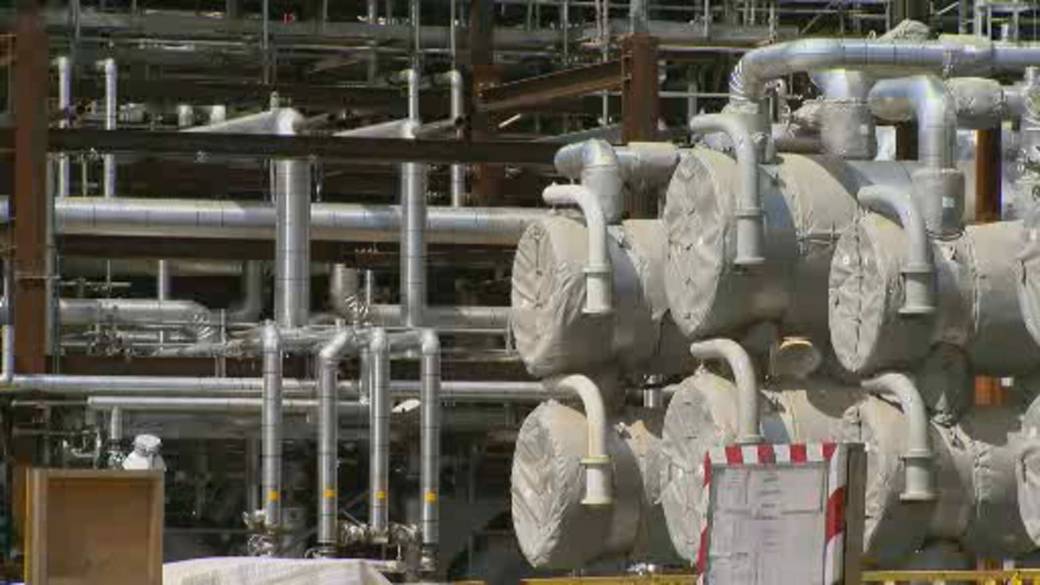 1:50Natural gas prices will drive up heating bills this winter

Natural gas prices will drive up heating bills this winter

McTeague said Nova Scotia and New Brunswick could face record prices in the coming weeks as the price per barrel moves toward $ 80.

He said that while there is a “pent-up demand” for COVID-19, the biggest problem can be attributed to supply chain problems.

‘It’s going to be an expensive winter’: gas prices will drive up heating bills

He said there are shortages of fuel, oil and natural gas, which he attributes to environmental social governance mandates and a move towards renewable energy.

“We haven’t gotten to that point yet, and our willingness to push these things means a lot of capital is being lost and not available for producers to meet this growing demand,” McTeague said.

“There is simply not enough for everyone. We have a lot, but we don’t have the capacity to bring it to market. “

That, coupled with the inability of the Canadian dollar to respond to these higher costs, creates a “perfect storm” in terms of a higher cost of living, he said.

“Energy affordability is an overall affordability criterion, and we’re starting to see the effects, not just in terms of higher prices for fuel and heating … it’s also emerging now in terms of food costs.” McTeague said. “The costs of almost everything continue to rise.”

He does not expect to see a drop in the price of gas in the short term.

“I don’t think prices are going to go down,” he said. “Not in the near future, certainly not in the long term.”

“Rising gasoline prices are certainly a concern for many families in Canada and, in particular, indicate volatility in the carbon market,” he said.

Ideally, this would mean that more people choose to use active transportation, such as walking, biking, or traveling by bus, rather than spending more money to drive vehicles.

‘It’s not going to happen by accident’: the momentum for an electric vehicle revolution in Canada

But as long as cities and infrastructure continue to favor cars, Lane said EVs are a good alternative.

Lane said the number of electric vehicles being purchased in Nova Scotia is increasing each year, and said it is something more people might consider as gas prices continue to rise.

“If you are a family trying to plan, knowing there could be hikes in the future and prices are volatile, that could really influence your thinking about buying your next vehicle,” he said.

While the initial purchase price of an electric vehicle is typically more expensive than its gasoline counterparts, Lane said not having to buy as much oil and gas would save people money in the long run.

“It’s really important to try to lower the initial purchase price of those vehicles, but the reality is that over time, running an electric vehicle is much more affordable for families year after year,” he said.

While there are some incentives for buying electric vehicles, Lane would like the provincial and federal governments to introduce more to encourage more people to go electric for their next vehicle purchase.