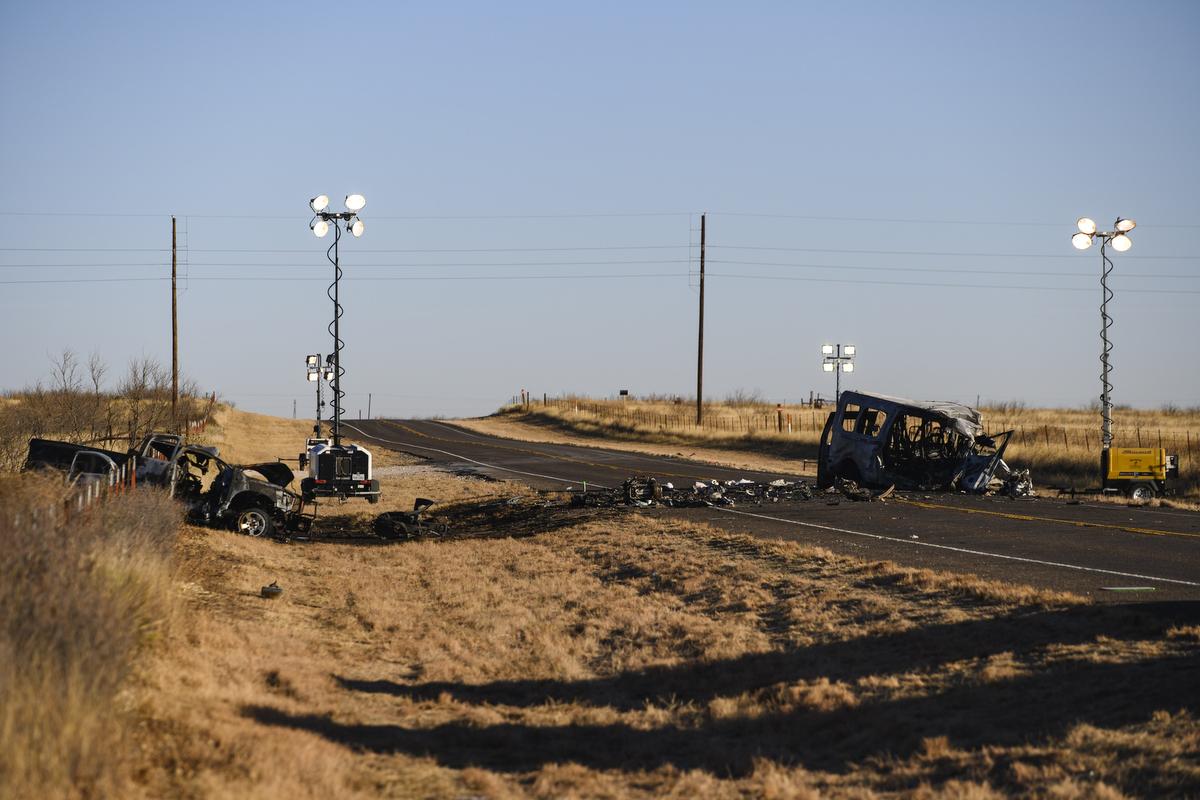 NORTH DUMFRIES — The Whistle Bear Golf Club is rallying around one of its members who survived a horrific head-on collision in West Texas that killed six student-athletes and a coach from a New Mexico university who were returning home from a tournament.

Dayton Price, 19, of Mississauga, was critically injured Tuesday night and sustained burns to 40 per cent of his body, said Whistle Bear head teaching professional Chris Dickenson. He was to undergo eight hours of surgery Thursday at University Medical Center in Lubbock, Texas.

Darren Price, Dayton’s father and a Whistle Bear member himself, told Dickenson that his son had his spleen removed, suffered a broken arm and injured a knee. He is likely to remain in the hospital for two months, said Dickenson, and his road to recovery will be a lengthy one.

Price briefly regained consciousness Wednesday night and had a brief phone exchange with Dickenson, who said it was clear that his heavily sedated student of three years was unaware of his surroundings or the fate of his University of the Southwest teammates.

“The way he was talking, I don’t think he has any idea why he’s there. He just thinks that he’s in a bed and his family is around him, and that he has a round of golf tomorrow (Thursday) and that he wanted to play better than he did Tuesday, ”said Dickenson.

Dickenson describes Price as a “salt of the earth kid from an amazing family” and a popular member of Whistle Bear’s junior development program. A group chat was opened to keep the young man’s friends up to date on his condition and as a place to share their thoughts.

Dickenson has also been in contact with Price’s girlfriend, Emma Hori, a Brock University student from Elmira and Whistle Bear golfer.

“Dayton is obviously one of the older kids in our program, and he’s the type that will see a nine-year-old on the range and ask if he wants to play,” said Dickenson. “He’s exactly what every golf professional, golf player should be.”

TO GoFundMe with a goal of $200,000 has been established to help Price’s family with costs associated with his recovery. The fund had surpassed the halfway mark by Thursday afternoon.

Whistle Bear director of golf Adam Tobin informed members of the tragedy on Wednesday, and they have quickly responded to the fundraiser. PGA Tour star Bryson DeChambeau also said he would make a financial contribution to the Price family.

“We’re helping spread the word and helping Dayton’s family in any way that we can,” said Tobin. “There is an anonymous donation of $10,000 that I believe is from DeChambeau. Justin Thomas, Michael Gligic and the other Canadians are talking about it as well.”

Also killed were Henrich Siemans, 38, of Seminole County, Texas, and an unidentified 13-year-old boy who had been traveling with Siemans in the 2007 Dodge 2500 pickup.

The two-vehicle crash occurred when the pickup truck crossed the centerline of a two-lane road in Andrews County, about 50 kilometers east of the New Mexico state line, and crashed into a van carrying members of the University of the Southwest’s men’s and women’s golf teams, said Sgt. Steven Blanco of the Texas Department of Public Safety.

The golf team was traveling in a 2017 Ford Transit van that was towing a box trailer when it collided with the truck, and both vehicles burst into flames, said Eric Weiss of the National Transportation Safety Board. It happened on a two-lane asphalt highway where the speed limit is 120 km/h, though investigators have not yet determined how fast either vehicle was travelling, he said.

The teams had been taking part in a golf tournament at Midland College and were making the 160-kilometre trip home to the University of the Southwest, a private, Christian college in Hobbs, NM, near the state’s border with Texas.

GoFundMe pages have also been established for underhill and families of the victims.

With files from Associated Press Mark Bryson is a Waterloo Region-based reporter focusing on sports for The Record. Reach him via email: [email protected]