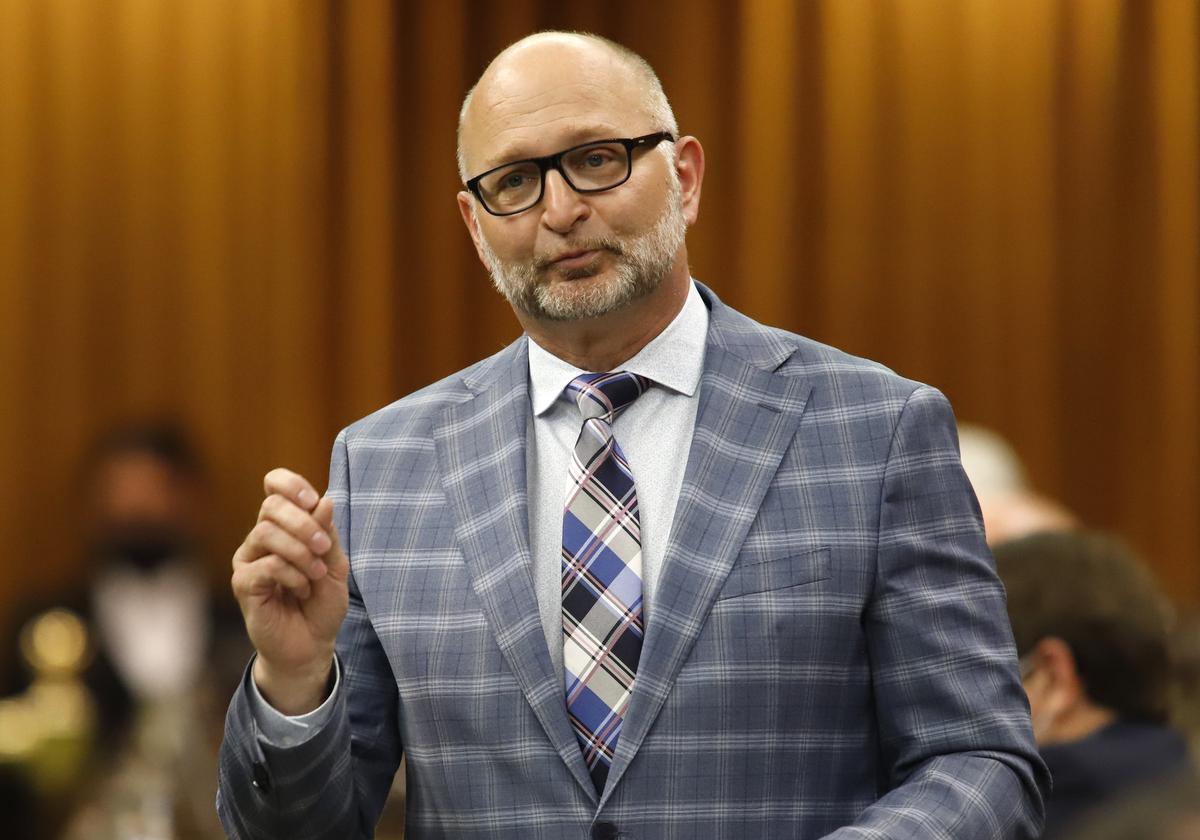 A 43-year-old man overdosed on common antidepressants in a suicide attempt, but instead entered a state of psychosis where he believed his mother was an invading alien and attacked her with a knife.

A high school student took magic mushrooms after drinking with friends. He’d done it before and nothing bad had happened. This time, he became delusional, broke into his father’s house, killed him and injured his stepmother.

A university student took magic mushrooms after drinking at a party—something he’d also done before with no issues—ran naked into the winter night, broke into a woman’s home and beat her with a broom handle.

In all three cases, the men argued they should be acquitted because they were so extremely intoxicated they entered the rare state of “automatism” — where they are conscious and moving around but have no awareness of what they are doing and no control over their actions. . It is a defense that Parliament banned for violent offenses like manslaughter, aggravated assault and sexual assault in 1995, citing the need to protect public safety, in particular women and children, from violence committed by intoxicated men.

But in a landmark ruling in May, the Supreme Court of Canada allowed the rare defense to be used for violent offences, finding that the ban was too broad and included people who had a genuine freak reaction to something like a prescribed pain medication who could not reasonably foresee they would lose control and cause harm.

This week, following the court’s suggestion, the House of Commons passed a bill to limit the use of the defense in cases of violence by making judges consider not just whether the person was in a state of automatism because they chose to ingest an intoxicant, but also whether the risk of extreme intoxication leading to harm was objectively foreseeable.

The bill speedily passed the House late Wednesday night and is now before the Senate, where several groups focused on violence against women and women’s rights are urging the bill to be sent to committee for further study.

The most important thing to know, experts say, is that getting drunk or high — even very drunk or high — still will not be a valid defense for committing a crime, and it can actually be considered an aggravating factor leading to more severe sentencing for violent crimes like sexual assault.

Experts have also testified before Parliament that alcohol alone is extremely unlikely to lead to the state of automatism considered in the new law — a person would pass out first.

Here’s everything else you need to know about why the new law is important, and so controversial.

How did we get here?

In 1994, the Supreme Court of Canada heard the case of R.v. davidault, involving a chronic alcoholic who claimed he became so drunk that he was in a state of automatism when he sexually assaulted a 65-year-old woman who used a wheelchair. He had been first acquitted at trial, then convicted by the Quebec Court of Appeal.

In the majority decision, the Supreme Court allowed Henri Daviault to use the defense but said an accused person must call expert evidence to show they were deprived of the ability to control their actions. (In a dissent, the three opposing judges said society is entitled to punish those who self-intoxicate to the point they render themselves incapable of controlling their actions and pose a threat to others.)

The court ruled Daviault should have a new trial — but by then the woman had died, and his automatism defense was never tested with new expert evidence.

Facing public outrage that a man choosing to drink to extremes could be acquitted of sexual assault, the government introduced legislation that banned the use of the defense for violent offenses like sexual assault or manslaughter where there has to be a basic “general intent” to do the act that could cause harm.

That original ban faced several constitutional challenges, some successful and some not, over the last 27 years but it was only this year in R.v. Brown that the Supreme Court agreed that it was too broad to be constitutional.

The court ruled that Matthew Brown — the university student who a woman after taking magic attacked mushrooms — should be acquitted because the expert evidence showed he was acting involuntarily and, while he did choose to take an illegal drug, his reaction to it was not reasonably predictable.

Following the ruling, the man who overdosed on antidepressants was also acquitted and the high school student was sent back for a new trial where he could argue the defense with expert evidence (it is now up to the Crown to decide whether it is in the public interest to have a new trial and if there is a reasonable prospect of conviction).

Though the court found the old legislation unconstitutional, the judges also suggested some ways to address the valid reasons the original law was introduced — protecting victims, particularly women and children, from violence.

Parliament could create a new offense of “criminal intoxication” to determine risky behaviour, the court said. (This approach has been criticized for likely leading to reduced punishment for people who cause violent harm while intoxicated.)

Or, the court said, it could require judges to consider “whether a loss of control and bodily harm were both reasonably foreseeable at the time of intoxication.”

The latter is what the new law proposes to do.

How the new law works

Justice Minister David Lametti introduced Bill C-28 last week. It states that a person who “lacks the general intent or voluntariness” needed to commit an offense due to “self-induced extreme intoxication” will be still be convicted if they “departed markedly from the standard of care expected of a reasonable person in the circumstances with respect to the consumption of intoxicating substances.”

Extreme intoxication, the bill states, is “intoxication that renders a person unaware of or incapable of consciously controlling their behaviour.”

In layman’s terms: Court must consider not just whether the person was in a state of automatism caused by self-intoxication, but also whether a reasonable person could have foreseen the loss of control and risk of harm.

In order to argue the defense in court, the accused person must have expert evidence to support their claim of being in a state of automatism, explains defense lawyer Michelle Biddulph, who represented one of the three men whose cases were before the Supreme Court of Canada .

Typically, a forensic psychiatrist would give an opinion on whether the accused was in a state of automatism and didn’t have self-control. A toxicologist would also likely have to testify about the effects of the substances involved.

The Crown could then call their own experts to challenge those opinions.

There would also likely be other non-expert evidence for a judge or jury to consider including witness accounts, whether anything like this has happened to the person before and whether there is a motive for the acts.

Under the proposed legislation, the judge and jury would have to consider whether their conduct amounted to criminal negligence, which could include factors like where and how much of the substance was consumed and the length of time over which it was consumed.

While the defense, if successful, would typically result in an acquittal, it is also possible that the accused person could instead be found not criminally responsible due to a mental disorder and placed indefinitely in forensic medical care.

What does or doesn’t the new law achieve?

This criminal liability standard is a “more nuanced and thoughtful” approach, said Pam Hrick, the executive director and general counsel at the Women’s Legal Education and Action Fund. The new law leaves “a very narrow set of circumstances that a person could be acquired on the basis of self-induced intoxication,” she said.

Hrick does not expect the law to open up floodgates of people arguing it successfully, and she notes the need for psychiatric evidence is a significant hurdle.

Kerri Froc, the chair of the National Association of Women and the Law, worries the new could make the burden on Crown prosecutors legislations “nearly impossible.” Along with several other prominent organizations focused on violence against women, Froc wrote to Parliament to say more time is needed to consider how legislation can be crafted to protect women, particularly from alcohol-involved violence.

Given that scientific evidence shows it is extremely unlikely for alcohol alone to cause automatism, Parliament has the opportunity to impose a clause that places a higher bar in those cases, she said.

“If the medical evidence doesn’t support it, then put it in the law.”

Defense lawyer Biddulph said that in the past cases where the defense was successful, the standard for conviction under the new law would likely still not be met. “It is often really difficult to predict in these types of intoxication cases when the consumption of intoxicants can result in normal intoxication and when it will result in automatism,” she said.

But she expects the question of when it is “reasonably foreseeable” will still be complicated for judges to consider.

What if automatism is a known side-effect of a prescribed medication, for example? Is that fact enough to convict?

Froc is concerned that it will be too challenging for the Crown to prove beyond a reasonable doubt that a person could reasonably foresee both intoxication and bodily harm. Her organization de ella, in consultation with several legal experts, suggests an approach like that used in impaired driving cases. Maybe the accused person who took a “massive amount of intoxicants” should have to prove they could not foresee they would lose control, she said.

That way, the legislation would not capture the example of a person having a rare side effect to prescribed medication, she said.

There could also be concerns about judges relying on assumptions and stereotypes about legal or illegal drug consumption inherently creating the risk of violence. This was an issue the Empowerment Council argued in their submissions to the Supreme Court of Canada, noting that many Canadians consume illegal drugs without causing harm. Instead, the specific circumstances of each case should be examined, they argued.

On Wednesday night, Justice Minister Lametti lauded the speed at which the bill was passed with unanimous consent.

“Canadians deserve a justice system they can trust, that protects them from violence and holds offenders responsible for their actions,” I have said.

The bill goes before the Senate Thursday afternoon.

Alyshah Hasham is a Toronto-based reporter covering crime and court for the Star. Follow her on Twitter: @alysanmati