Maple Creek and the surrounding area dealt with a power outage for more than 24 hours following a spring snow storm.

Resident Laurie Leigh said she woke up with no power Tuesday morning. The lights were still off as of Wednesday at noon.

“It makes you realize how reliant you are on electricity,” she said. “We actually built little clay pots with candles and have some heat coming off of them.”

High winds and heavy, wet snow blew on Monday night and continued throughout the day into Wednesday morning. The southwest area saw around 34 hours of continuous snowfall, according to the CTV News radar and satellite system.

The storm knocked out weather stations, which means limited data was recorded.

Eastend recorded the highest wind gusts at 109 km/h, according to Environment Canada. The community also received 7.3 mm of precipitation as of midnight Wednesday.

As of 8 am Wednesday morning, Shaunavon received 8.6 cm of snow. 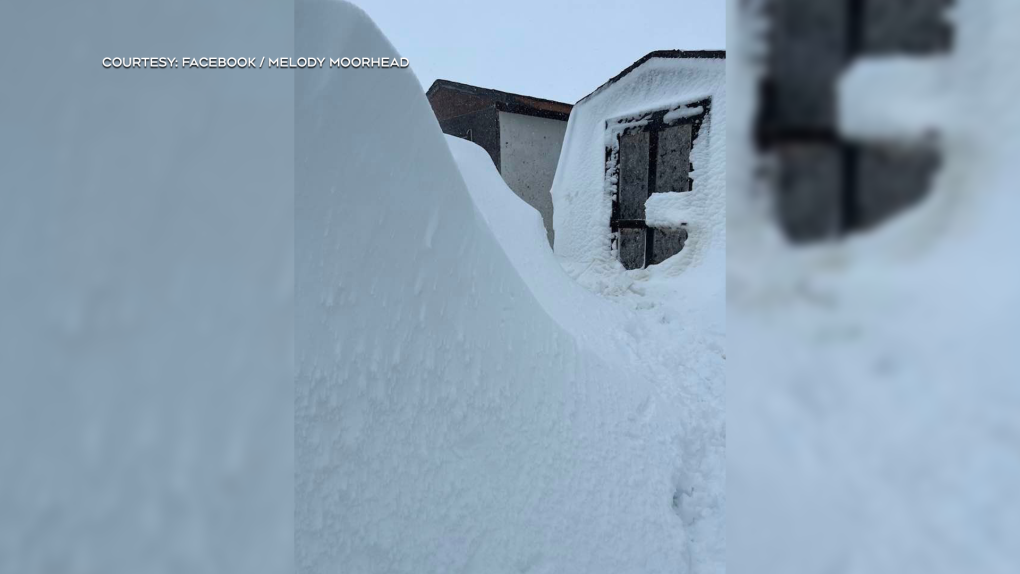 Some areas in southwestern Saskatchewan reported seven to eight inches of snowfall during the storm. (Courtesy: Melody Moorhead/Facebook)

Inside Leigh’s house, the temperature dropped to 13 degrees Celsius on Wednesday. It was only slightly cooler outside, she said, at four degrees.

“It’s not comfortable at all,” Leigh said. “My cat’s not too impressed with the cold floor that’s for sure.”

Major spring storms are quite common in the area, Leigh said. In June 2010, a flood wiped out the highway and half of the town.

However, this spring storm came with some learning opportunities, according to Maple Creek’s deputy mayor, Len Barkman.

“The biggest lesson that probably we’re all learning is that we weren’t prepared enough,” he said. 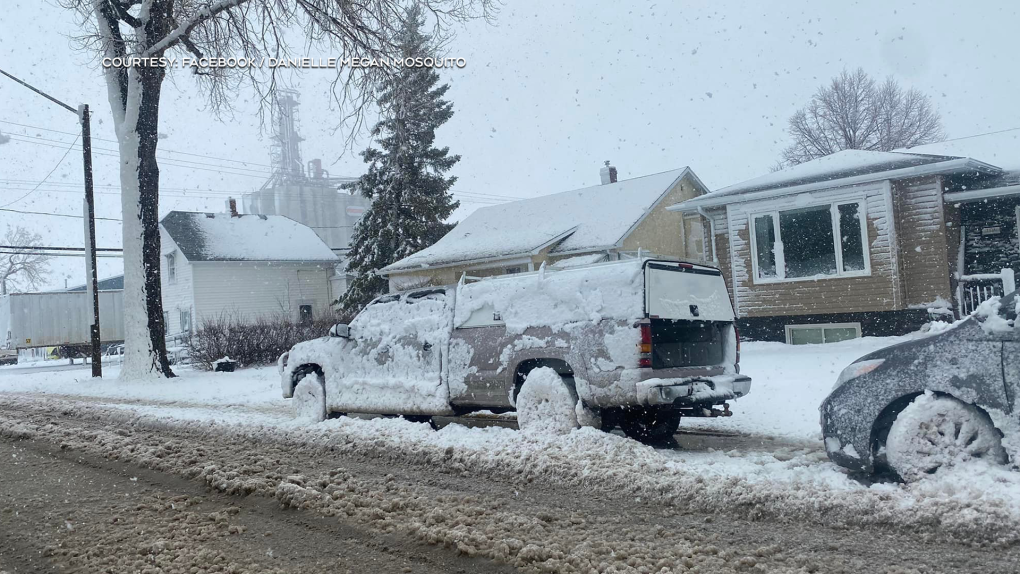 Barkman said the town might have to look at installing back-up power sources in certain facilities, particularly the water treatment plant.

The power outage means the town’s water treatment plant is running off of its reserve.

The town issued a mandatory water restriction to preserve what is left. Residents are asked to limit water use including the dishwasher, shower, bathtub, laundry and flushing toilets. The water is still safe to consume.

A warming station has been set up at the Salvation Army in Maple Creek. It is available to anyone who needs food, water, power for charging devices and a place to warm up.

“The town has come together well,” Barkman said.

“When it comes to emergencies they come together and work together really well.”

SaskPower crews have been deployed to the area to restore power.

SaskPower anticipates power will be restored to the town of Maple Creek by 10 pm Wednesday.