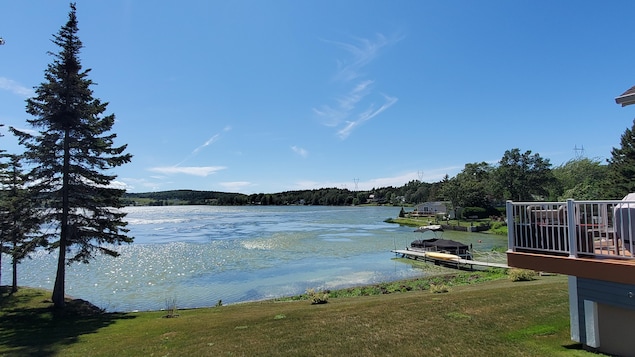 The municipal council of Mont-Joli adopted a loan by-law of $850,000, during the regular session last Monday, to help those who will have to do work to bring them up to standard.

This amount will allow lake residents to borrow up to $30,000 from the City to carry out the work.

The mayor, Martin Soucy, affirms that Mont-Joli had to give a hand to the citizens.

Citizens did not expect to be asked to upgrade, although they thought their facilities were still satisfactory. We are giving ourselves three years so that citizens can do ithe argues.

The mayor adds that the facilities that need to be renovated are not totally inadequate, but that they do not meet the standards in force in 2022. You will understand that this does not mean that we are installed as in the old days and that everything goes to the lakehe points out.

Martin Soucy estimates that it would have been impossible to carry out all these upgrades at the same time since contractors and materials are hard to find these days.

The citizens of both Saint-Joseph-de-Lepage and Mont-Joli will receive a letter over the next few days that outlines the situation of their sanitary facilities.continues Martin Soucy.

According to the mayor of the Municipality of Saint-Joseph-de-Lepage, Magella Roussell, the possibility of helping the residents of Lac Gros Ruisseau, half of which is located on its territory, is being evaluated.

The mayor of Mont-Joli adds that an information session is scheduled for August for area residents.

The President of the Gros Ruisseau Lake Residents Association, Gilles Gaudreault, salutes the initiatives of the City of Mont-Joli and the Municipality of Saint-Joseph-de-Lepage.

He believes that bringing septic systems up to standard will reduce the amount of phosphorus in the water and therefore reduce the proliferation of blue-green algae and Eurasian watermilfoil. Phosphorus would act as a fertilizer for these plants.

Gilles Gaudreault maintains that the water level of the lake is high at the moment, but that the watermilfoils are clearly visible in certain places.

Buoys have also been placed to surround the most affected areas and prevent boaters from sailing in these areas. The Association asks boaters to avoid circulating on the lake in order to avoid the proliferation of the invasive plant which can produce new seedlings when it is cut by a paddle or a propeller, for example.

Lake residents try to collect as many milfoils as possible to limit its proliferation. (Archives)

Mr. Gaudreault says residents try to pick up as many invasive plants as possible using rakes. They then dry the plants on their land before disposing of them.

A faucardeuse (a sort of aquatic combine harvester), could be acquired by Mont-Joli and Saint-Joseph-de-Lepage. This machine would make it possible to get rid of the invasive plant more efficiently.

Gilles Gaudreault recalls that signs have been installed in recent years on the streets leading to the shores of the lake to make citizens aware of the presence of Eurasian watermilfoil and blue-green algae and the importance of washing boats and avoid transporting them from one body of water to another.

The presence of Eurasian watermilfoil is also closely monitored in Matapédia and Témiscouata lakes.