Santa Claus will be adding a few more names to his nice list.

A week after CTV News reported that the TLC Foundation’s Santa’s House was being evicted from Victoria Park, a group of Londoners have secured a permanent home for the structure outside the Covent Garden Market.

“My heart’s filled with joy! The tradition of Santa’s House will continue,” says Leo Larizza of the TLC Foundation.

Since opening, Santa’s House has raised over $500,000 for terminally ill, sick and underprivileged children by offering photos with St. Nick at Victoria Park.

Thanks to matching donations by JNF Group and LiUNA Local 1059, another $100,000 was raised last year.

All of the proceeds received by the TLC Foundation are used to grant wishes to children experiencing difficult times.

For the first five years, the structure was removed from Victoria Park prior to the start of the festival season. During the pandemic, however, it remained across from the bandshell.

The TLC Foundation was recently notified by city hall that the house must leave the park despite concerns that repeated dismantling was damaging the structure.

Larizza told CTV News at the time that Santa’s House might have to close. 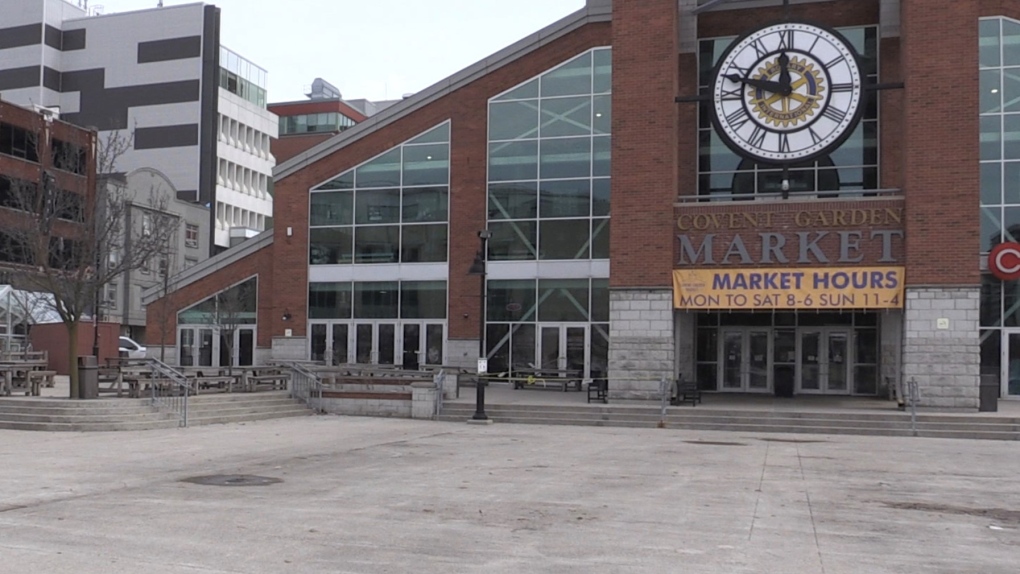 “With the permanence of this house [at Covent Garden Market]we make sure that the plans for TLC Foundation continue to live on, which I think is extremely important to this community,” explains Fyfe-Millar.

The market intends to prominently feature Santa’s House when it activates the square with holiday-themed events this winter.

“Being in the heart of London, to spread some more joy during Christmas is a great vision for this space,” adds Sam Latella, general manager of Covent Garden Market.

Santa’s House will see its role extend beyond the holiday season—supporting events year round.

“A skate rental hut in January and February, incorporating it into our farmers market, and other festivals and events we have here all summer long,” explains Amy Shackleton, events and marketing manager at the market.

Larizza believes that saving Santa’s House will help preserve the happy memories made by the children honored on the Tree of Angels.

“For many children who have come through Santa’s house, it was their last Christmas. It was magical for them and I think we’re saving that magic,” says Larizza.

Santa’s House will be relocated to the Covent Garden Market next week.