On Sunday morning, the third annual Regina Multiple Myeloma March was held virtually. Regina’s march is just one of 32 events that occur across the country.

This year, the flagship fundraiser aims to raise $ 600,000 nationally. Like last year, this year’s 5K walk / run had to be modified due to COVID-19.

Participants were encouraged to take their own walk in their neighborhood at the same time as the regular event.

Myeloma it is the second most common form of blood cancer. Every day, nine new Canadians are diagnosed with myeloma, according to Myeloma Canada.

Myeloma affects a type of immune cell called a plasma cell, which is found in the bone marrow. Despite its increasing prevalence, it remains largely unknown.

One of the local participants of the march, Patti Schmidt, was diagnosed with multiple myeloma, also known as myeloma, in 2018 after experiencing persistent symptoms such as headaches and chronic fatigue.

Schmidt began extensive chemotherapy treatments a month after his diagnosis in preparation for a stem cell transplant. The hope was that the procedure would put his myeloma in remission. 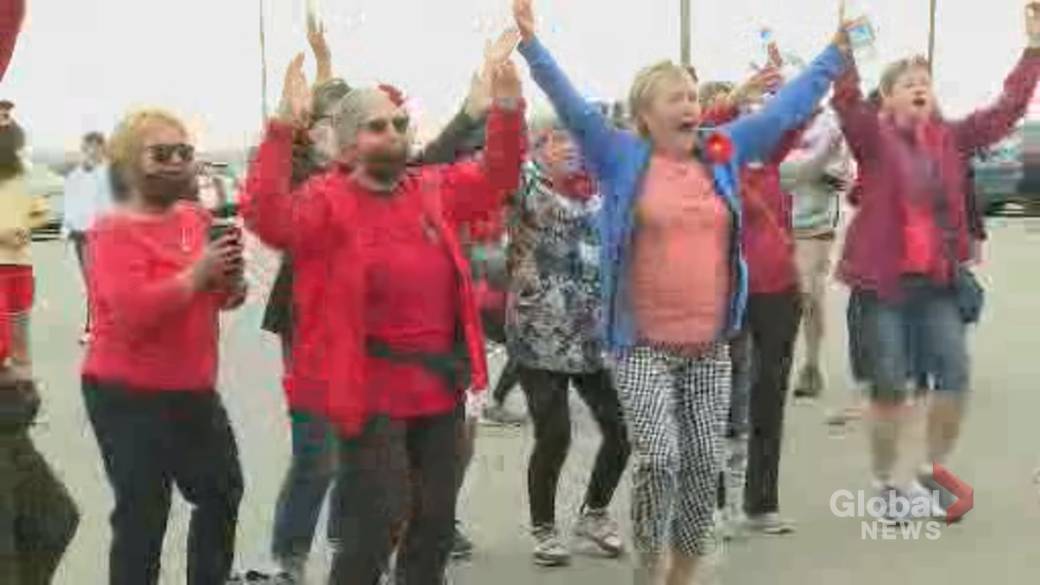 In April 2019, Schmidt was able to undergo the procedure and the myeloma is in partial remission.

Since then, he has been receiving chemotherapy treatments every two weeks to help keep the cancer under control.

Schmidt said her experience with the disease pushed her to do whatever she can to help researchers find a cure.

“Myeloma is not curable, it is treatable for periods of time, but you know that you are going to relapse, you know that at some point you will have to try something else or receive another cell transplant,” said Schmidt. .

“The life expectancy was three to five years, but we know that it is improving,” he added.

Although there is no cure, Schmidt said that people with myeloma are living better and longer lives thanks to recent advances in treatment.

Since his diagnosis, Schmidt has had six grandchildren. She said her family and friends are the ones that keep her going.

“I have a tremendous group of fans who have always been there for me. When they are there for me, I also want to be there for them, ”added Schmidt.

Another thought that keeps her going is the realization that there are people with myeloma who are not as lucky as she is, as cancer can affect people differently at different stages.

“When I’m well enough, I feel a personal responsibility to raise awareness about this disease,” said Schmidt.

“It is relatively unknown, many people have not even heard of myeloma, although it is a fairly common blood cancer.”

Schmidt and his marching partners set a goal of raising $ 15,000 to aid additional research efforts on multiple myeloma.

Those interested in donating for research efforts still have one more month to do so at myeloma.ca.