Calgarians with family members and friends living in Afghanistan are sending messages of hope and love to those back home after a deadly earthquake in the eastern part of the country killed at least 1,000 people.

The 6.1 magnitude quake struck the provinces of Paktika and Khost after 1:30 am local time shortly Wednesday while most families were asleep in their homes.

In addition to the dead, at least 1,500 people are injured as family members and friends dig with their bare hands through the rubble to find loved ones due to a lack of available heavy machinery.

Mubariz Pacha immigrated to Albania from Afghanistan in August of last year and finally came to Calgary as a refugee last month.

He lost some of his closest friends in the earthquake and said hundreds of homes have been destroyed.

“We’re not asking for any political support, but just to help these families in any way Canada can because there’s no health care in Afghanistan, there are no doctors that can take care of these families that are injured and they are traveling to the neighboring country, Pakistan for any medical support.”

Others who have recently arrived to Calgary from Afghanistan like Ehsan Zia said not enough hospital resources are available to keep up with the demand.

He has friends in the earthquake region who are doing everything they can to help those in need.

“There is only a five bed hospital and according to the local doctor, 200 patients died within the first hour of arriving at that hospital,” Zia said.

“The weather is too hot and there is a major concern of the further spread of infection among the patients and among the wounded and among the survivors.” 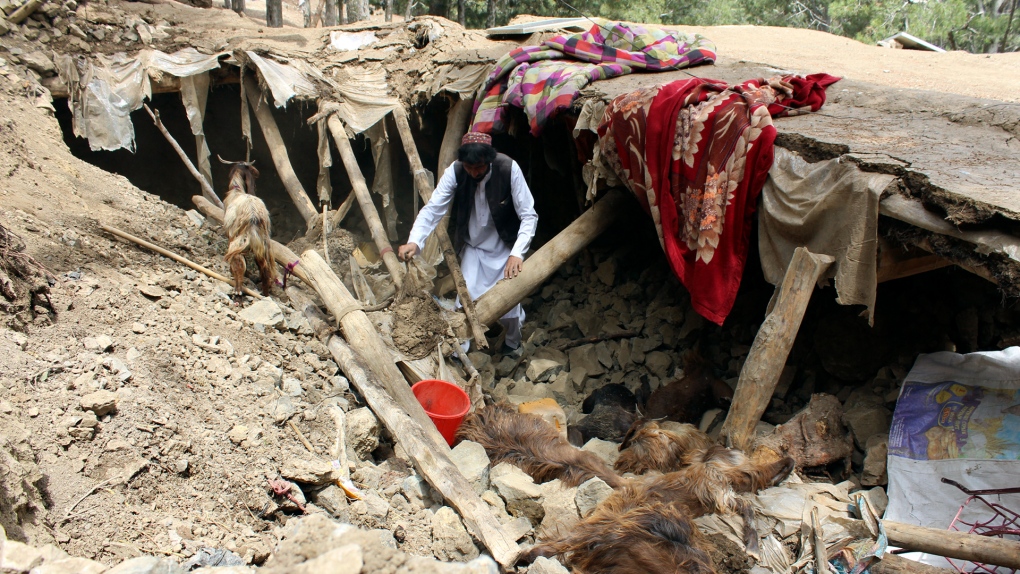 President of the Calgary Afghan Charitable Society, Basir Saleh, said the entire local community is heartbroken by the natural disaster and is sending all of his love and prayers during this difficult time.

“This has pretty much devastated the community and everybody is in pain and agony,” he said.

“The country is going through devastation in regards to just general necessities of life. Taking into account that this happened in a rural location, the roads are not there, they need food, healthcare, trauma support that’s needed for the victims at the present time , and shelter for the facilities to accommodate these individuals.”