School boards will be able to make the change sooner if they have the support of their local public health unit, Education Minister Stephen Lecce announced Thursday.

“Recognizing the high immunization rates among youth in our high schools, I am proud to announce that high schools will resume a regular schedule model of four courses per day beginning in the second quarter,” he said.

Numerous school boards have requested a move away from “modified semesters,” in which students took four courses each quarter, alternating the two classes they had each week.

The system allows for easier cohorting, but students and parents have complained that the three-hour classes make it difficult to absorb and retain information.

In the final academic year, many high schools opted for a “semester” model, in which the year was divided into four trimesters, each with only two courses.

“This return to a regular schedule for high school students will improve student engagement and achievement, while allowing educators to create more effective teaching and learning environments,” OPSBA President Cathy Abraham said in a written statement. “This is definitely good news.”

The Toronto Catholic District School Board was among the boards that had asked the province to switch to regular semesters, saying Thursday that its goal would be to change the schedules in February 2022.

Even the Opposition NDP applauded the move.

“I think everyone is generally happy to see that change,” said education critic Marit Stiles.

The upcoming change is part of a series of measures the province announced Thursday.

Lecce said elementary school students, many of whom are currently too young to be vaccinated, will see no changes in their schedules or cohort rules.

“We are introducing additional temporary measures to protect them as the winter months approach,” he said.

Health Canada is expected to approve the Pfizer-BioNTech COVID-19 vaccine for use in children ages five to 11 on Friday, but Lecce said it will take time to increase vaccination rates in that age group.

He said that beginning in January _ or earlier, if local public health units deem it necessary _ all elementary school-wide assemblies will be held virtually.

Lunches and breaks in elementary schools will be limited to indoor classroom groups when distance between groups cannot be maintained.

The province also implemented a winter testing plan for schools, which will see students sent home for the December break with five rapid COVID-19 antigen tests each.

The 11 million tests will be distributed over the next month to all publicly funded schools. 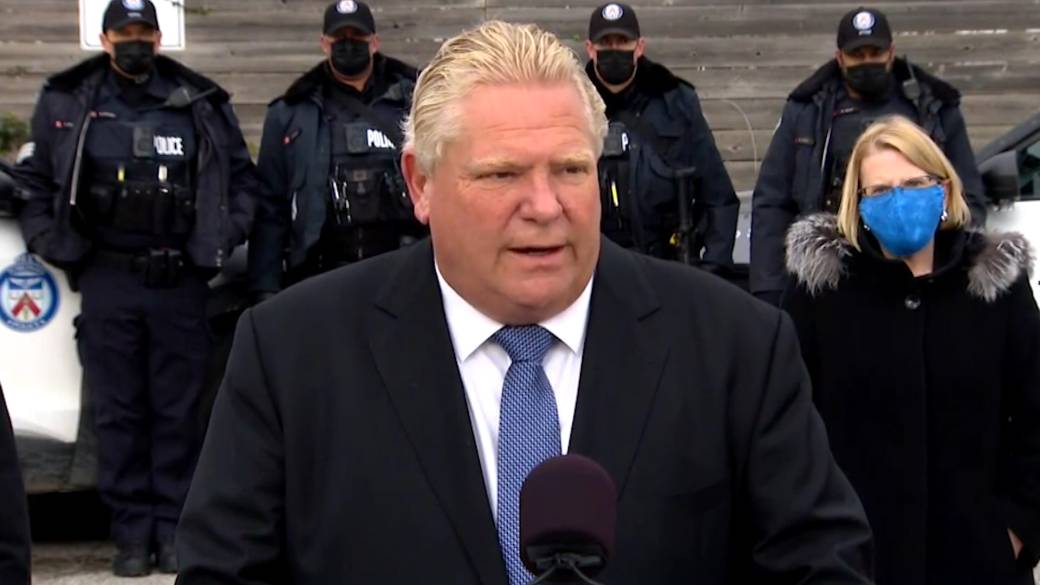 Trending on Canadian News  Jaime Rodríguez is a political prisoner of the government of Nuevo León: Adalina Dávalos

Published On November 18, 2021
By thecanadian
Categories