If all goes according to plan, the Forest City may soon be known as the Entertainment City.

On Tuesday morning, Mayor Ed Holder unveiled plans to build London’s entertainment prowess during the 2022 State of the City address, which was once again held virtually due to the COVID-19 pandemic.

Holder says he wants London to live up to its designation as a UNESCO City of Music, a title that was handed down by UNESCO (the United Nations Educational, Scientific and Cultural Organization) late last year. London is the first Canadian city to receive the designation.

As a first step, Holder proposes formally designating London’s core area as “our defined entertainment district” in an effort to further strengthen the role that music plays right in the heart of London.

“We will explore how we can streamline approvals for projects in the entertainment sector and better identify opportunities for investments for entertainment infrastructure,” Holder said.

“To do so, we need to let the music play, and in that regard, we will develop a new sound bylaw for outdoor concerts and events.”

Holder is also committed to exploring the creation of “new experiences” in London’s downtown core as well as creating “new opportunities” for local music talent and fostering a connection with global music talent “through investments into incubation capacity for the music and cultural sectors.”

“We will foster new employment opportunities while bringing in more events, creating more internationally recognized spaces and welcoming world-class artists to London as we continue to develop incredible talent in our community,” Holder said.

As for a timeline for the plans, Holder said they will begin to play out “starting this spring and beyond.”

The Brier returning to London, Ont. in 2023 – Curling Canada

Regarding the pandemic, Holder asked Londoners to “get serious about the unvaccinated” and “to start a national conversation about healthcare capacity in Canada.”

“As long as one out of 10 people refuses to take the most basic of precautions, our healthcare system will always be at risk of being overrun,” Holder said.

“Ninety per cent of our society, those who have done the right things repeatedly for over two years, simply cannot be expected to continue doing the heavy lifting in perpetuity for the 10 per cent who refuse to do the bare minimum.”

The mayor touched on local tragedies from 2021, including the death of a toddler who fell from an apartment building, the death of an eight-year-old girl in December’s Riverside Drive crash and the allegations of sexual assault that emerged from Western University in September . 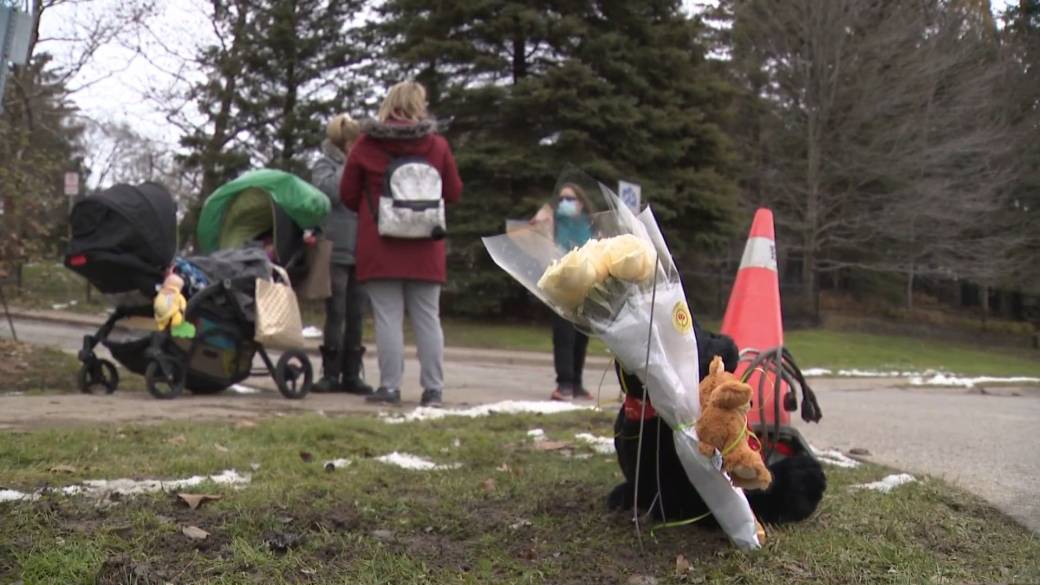 Holder also referred to the June 6 vehicle attack as “London’s darkest hour.” The attack marked the city’s deadliest mass murder and targeted a local Muslim family while they were out for an evening walk in the city’s Hyde Park neighborhood.

Salman Afzaal, 46, his 44-year-old wife Madiha Salman, their 15-year-old daughter Yumna and her 74-year-old grandmother, Talat Afzaal, were killed in the attack. The couple’s nine-year-old son, Fayez, was left seriously injured, but survived.

“We must never forget why it happened. It was a terrorist attack, an act of mass murder and a grotesque expression of hatred rooted in Islamophobia, ”Holder said.

Along with Islamophobia, Holder said anti-Semitism, anti-Black racism and anti-Indigenous discrimination remain prevalent, pointing to the recent arson of an Indigenous-led shelter at the former River Road Golf Course as an example of the latter.

“I believe Canada is the greatest country in the world. This is also a country whose complex history is marred by racism and violence against Indigenous peoples and other minority groups. Both of those statements can be true, ”Holder said.

“This is not a call for cancellation nor exuberant celebration. It is a plea for truth, understanding and true reconciliation. ”

Evidence of racism against Indigenous patients is growing: Is a reckoning in Canadian health care overdue?

Hearkening back to last year’s State of the City address, Holder recalled his promise to provide an additional 3,000 affordable housing units over the next five years and said “historic investments” were made in 2021.

“Our roadmap to 3,000 units has been unanimously endorsed by council and this is now an exceptionally detailed plan, albeit with a $ 1-billion price tag,” Holder said.

Trending on Canadian News  What does the latest census mean for you? Here's a generational guide

On providing support for those who live, work and shop downtown, Holder says it’s becoming clear to him that London needs more police officers.

“For too long, we have asked them to do too much with too little,” Holder said.

“An investment towards increasing the size of our police service is as much about core revitalization and economic prosperity as it is about safety and security for all Londoners.”

Holder has placed a heavy emphasis on building up London’s workforce through his first term in municipal office and Tuesday’s address was no exception.

Referring to London as the “hottest economy anywhere in Ontario,” Holder noted that the city’s employment rate is “now back and better than pre-pandemic levels.”

He spoke about thousands of jobs on the horizon, including more than 1,200 jobs set to come from two Amazon warehouses in London and an Amazon fulfillment center under construction in Talbotville.

More than 1,600 jobs are also expected from the Maple Leaf Foods poultry plant when it opens in spring, according to Holder.

Holder added that work continues to expand London Transit into Innovation Park through an on-demand service, as well as an expansion into the Huron Street and Robin Hills Road area. However, the timing depends on how fast new bus drivers can be recruited, hired and trained, Holder said.

Holder’s second State of the City address in 2020 promised a shift to an electrified bus fleet for London Transit and the mayor noted on Tuesday that the city is in the process of buying its first set of electric buses.

Tuesday marked Holder’s fourth and final State of the City address in his current term in office before the municipal election arrives on Oct. 24.