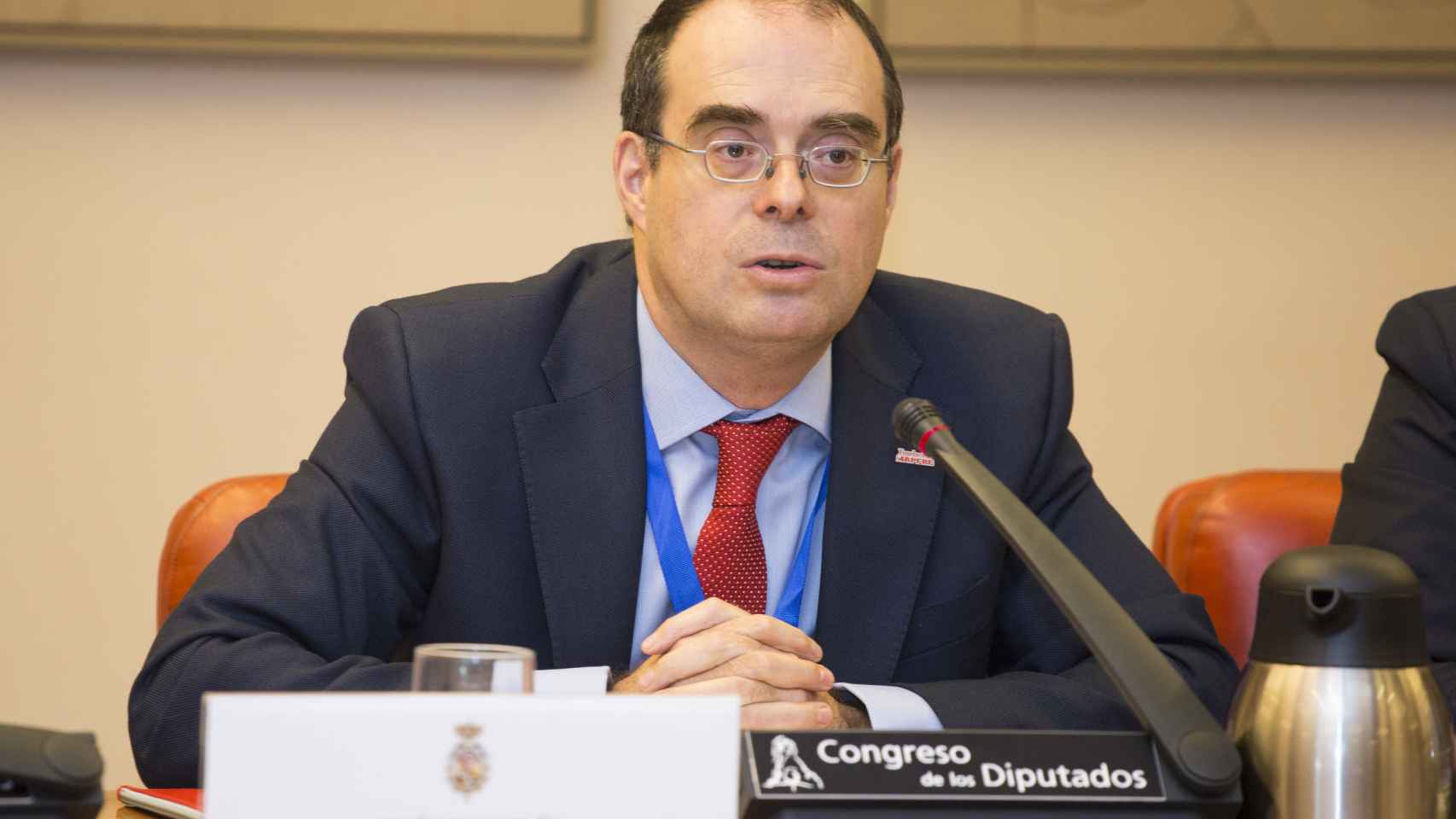 Jesús Monclús (Zaragoza, 1969) is one of the greatest experts in our country in what we have to start calling road violence. This doctor, an industrial engineer, turned into a safety analyst after a Fulbright scholarship in the United States, calls himself a “prevention activist” and has been director of Prevention and Road Safety at Fundación MAPFRE for seven years.

Their fight, aligned with SDG 3 (health and well-being) -and goal 3.6, which seeks to halve the number of deaths and injuries caused by traffic accidents-, is to convince the levels and the entire society of the zero objective. That is, to go from more than a million deaths a year to none.

First of all, you may have to start by saying that moving is inevitable, isn’t it?

That’s how it is. Mobility is not only related to the economy, it is something human. It is an anthropological question: we want to go out and discover the world around us, to be in contact with people. What happens is that mobility has gotten out of hand.

Any key figures to show why it got out of hand?

The covid has produced 4.5 million deaths in the world in a year and a half; the pandemic of traffic deaths, with its 1,350,000 annual deaths, still does not receive the attention it deserves

Talking about numbers inevitably reminds us of the numbers that we have been consulting every day during the pandemic.

Note that the Covid-19 pandemic has caused approximately 4.5 million deaths in the world in a year and a half, and has changed our lives in every possible way. However, the pandemic of traffic fatalities still does not receive the attention it deserves.

And in Spain, what is the reality?

In our country, more than 1,700 people died in 2019 and 1,370 in 2020 -a year out of statistics due to mobility restrictions as of March-. In addition, almost 6,700 people were hospitalized in varying degrees of severity and another nearly 88,000 less seriously injured.

However, compared to the figures from the 1990s, they are now much lower, aren’t they?

1,700 tragedies. Do not think only of the deceased, but that each death and each serious injury produces almost infinite devastation in their loved ones. As an engineer, let’s calculate that impact, let’s put an average of at least 10 people close to it deeply affected, 17,000 or 20,000 people. And I haven’t told you the scariest thing yet.

What is the scariest thing?

That we have gotten used to. Oddly enough, and again according to WHO data, traffic accidents are the leading cause of death worldwide among children and young people between 5 and 29 years of age. Explaining it with a more human perspective: it is the main cause of mothers and fathers losing their children.

From the point of view of workplace accidents, it is also one of the most important areas.

I do not know if it is clear, but until the age of 50, in a country like Spain, one of the greatest threats to our health was trafficking.

Aren’t accidents from falls or explosions at work?

No, the biggest cause of death for workers in developed countries is traffic accidents – one in three. And, in particular, the displacements ongoing from home to work and back home -60% -. People like you and me who calmly commute back home or on the way to work with their concerns and personal matters.

SDG 3 (health and well-being for all) includes a very ambitious goal, that of reducing road traffic deaths by half.

Ambitious goals are more effective than more modest ones, although they have to be achievable. The goal, initially set for 2020, has not been reached and is carried over to 2030, so the challenge is still there.

Goal 3.9 also aims to reduce mortality from environmental pollution – the EU speaks of 400,000 deaths in Europe – and in relation to it we can talk about promoting active modes of transport, or accessible and safe public transport (goal 11.2), so they arise other synergies.

That’s it. In addition, the bus is about ten times safer than the car. And if we move people to active modes of transport, we are improving their health through exercise and reducing road risk.

We have to replace testosterone with oxytocin, the hormone of empathy

Is there a gender gap?

The SDGs also include gender equality. It must be remembered that around 80% of deceased users are men and that, in the case of deceased motorcyclists, this percentage rises to 95%.

It’s true that men drive more, but that only explains part of the difference. We have to, as we say sometimes, replace male testosterone with other hormones more safe like oxytocin, the empathy hormone.

You claim “the figure of the Sunday man.”

Yes [sonríe]. We have to vindicate the figure of Sunday people -without getting in the way, but learning from their less stress and rush behind the wheel-. And we have to drive more like women, certainly safer than men, more cautious and willing to improve their driving habits.

We also have to rely more on young people. Not only are they the ones who suffer the most from traffic accidents, but their whole life, their dreams and their contributions to society have yet to come. We need your ideas, your energy, and your ability to change the world!

What about institutions like the one you work for?

One of the differences between the Millennium Goals and the SDGs is that they are no longer an agenda for the public sector, but for society, the private sector, companies and organizations such as Fundación Mapfre. From my point of view, it should not only be about philanthropy and donations – which are important – but about the capacity for innovation and communication.

The SDGs are characterized by the 5 Ps, of which the first is prosperity. And the private sector cannot be left out. The SDGs help us to address the great current challenges of humanity in a comprehensive way, with the involvement of all – including the private sector, but as part of a system – and, above all, taking advantage of synergies.

What is the most important thing that each of us can do?

Without a doubt, the most important thing is that we all “stand up” against the high number of serious and fatal injuries from traffic accidents.

Are there localized unsafe behaviors that we can fight?

Yes, the small daily excesses of speed in the city or not respecting the safety distance with a cyclist or a scooter user. But the design of the roads and vehicles is also key, and we must continue to improve.

For example, the average age of vehicles involved in fatal accidents in Spain is approximately 13 years. If we could replace them with new vehicles equipped with the latest safety advances, we could radically reduce the number of victims by 50%.

Are we still not wearing the belt?

We already know about the seat belt in the car – still, one in four deaths in Spain was traveling without using it at the time of the collision – but also as pedestrians. For example, let’s continue to respect the basic rules such as crosswalks and traffic lights, and let us show ourselves especially at night.

And as cyclists, let’s always wear a helmet and bright colors and visible clothing. A bicycle or scooter user helmet also cuts the road risk of serious head injury by half.

Any other factors that you are detecting recently?

We know that the first glass of alcohol already reduces our ability to drive, just as a phone call, even with the hands-free, causes us to lose 50% of the visual information we use to drive. Distractions are the main factor in fatal accidents in Spain in the last five years.

And another very worrying fact in relation to drug use: according to the latest data, the number of drugged drivers is progressively increasing and is already almost as important as that of drunk drivers.