Boaters in LaSalle are calling for more pre-pandemic CBSA options since crossing the Canadian-US border by boat has resumed.

Members of the LaSalle Mariners Yacht Club say the sailing season is at stake with just two small vessel reporting sites open in the region, with one on Pelee Island.

“We either have to report into Scudders Marina on Pelee Island or out to Lakeview Marina at the Windsor Yacht Club, which is 60 nautical miles between the two sites and at least a minimum four-to-six hour trip to report up there,” I have added.

Argent suggests boaters are being forced to pay hundreds of dollars for fuel or be diverted several hours to properly report to Transport Canada, and he’s calling on the federal government to open temporary reporting sites.

“We’ve effectively been off the river for three years in the United States — and the American side has opened up the border to us. It’s only fair that we have a fair and just system for reporting when we return back to Canada,” he said. 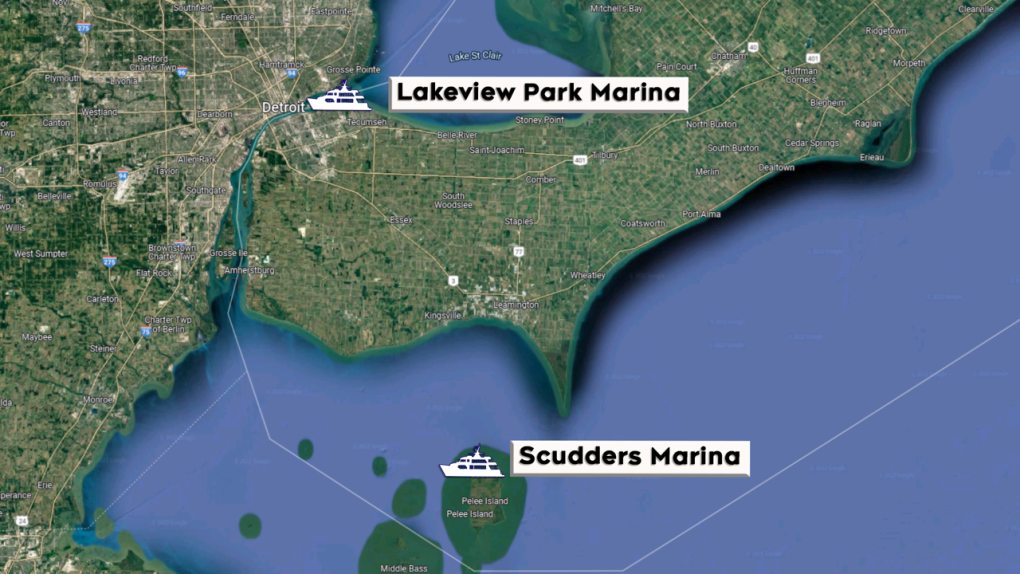 Scudders Marina and Lakeview Park Marina are the two CBSA marine ports of entry in the Windsor, Ont. area. (Source: Google Maps)“It’s unfair,” Argent told CTV News. “They’ve effectively closed off the border and all we ask is that it be made fair for all the boaters that are along this Detroit River.”

Argent believes there are upwards of one thousand pleasure craft along the Detroit River, with more American tourists during the warmer months.

“It doesn’t make any sense to have to go that far out of our way when we can easily call in and say we’re home,” he added.

“The way the rules are written right now, if you tie up to a US boat in US waters you have to call in,” said Jeanine Draper, Commodore of the LaSalle Yacht Club. “And of course, on the Canadian side when you come back, you have to also report back in. This poses a big problem because I could go out just a couple kilometers from here, tie up to a friend in the States, and now I have to travel many hours to a reporting station to come back.”

Draper worries several events, including their annual regattas, are again in jeopardy after two years of pandemic cancellations.

“This is a big cultural thing for us. This is what a lot of us do to stress relief. Vacation. We just want to get back to the way it was on the water and what we could and couldn’t do before,” Draper said.

“There’s a lot of concern over this. You’re seeing a lot of activity on social media, a lot of outrage, a lot of people are reaching out to their representatives. So we’re hoping it gains the attention,” she said.

Draper adds, “CBSA has been fantastic in all this and very supportive. But the rules don’t come from them. So we need help from Ottawa.” 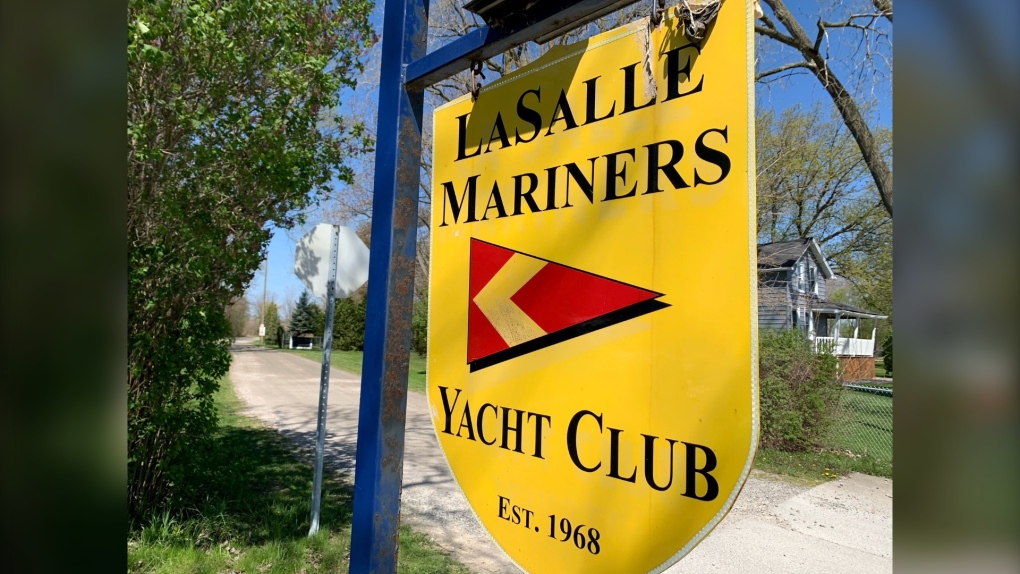 The entrance to the LaSalle Mariners Yacht Club near Windsor, as seen on May 9, 2022. (Chris Campbell/CTV News Windsor)In a statement to CTV News, the CBSA said it is taking a “phased and measured approach to restoring border operations.”

The CBSA said that some of the border measures — such as reduction in hours of service and temporary suspensions — that were put in place during the pandemic are currently maintained.

A phased service recovery ensures sufficient resources are available to properly manage the border and maintain optimal CBSA operations, while at the same time supporting government objections to reduce the COVID-19 risk, the agency added.

“The challenges posed by the pandemic are unprecedented. The CBSA recognizes the effects that border measures have had on businesses, industries and communities, as well as Canadians in general, and will continue to re-evaluate the status of the temporary suspensions and in planning of the reinstatement of border operations. You can be assured that additional announcements will be made when these constraints can be lifted or amended,” according to the statement.

There are 86 open small vessel reporting sites that offer CBSA services across Canada.

“We have shared these concerns directly with the Minister of Transport and the Minister of Public Safety overseeing the CBSA. We will continue to raise these important concerns of our local boating community and working together towards a resolution,” the statement read.