The so-called Project has been mentioned on various social media platforms, suggesting that people are phoning to send fake orders to restaurants that they say are going to enforce the vaccination card, starting Monday.

“Anyone who wants to do mischief with us is ignorant, selfish, shortsighted,” Ian Tostenson, president and CEO of the BC Restaurant and Food Service Association, told Global News.

He said they have been informed that there are posts on social media and have been sent a letter that is circulating in some communities from a group called the Canadian People’s Union saying they are going to sue restaurants that enforce the vaccine card program for being “Unconstitutional.”

“Imagine this, all these small business owners and their staff, being threatened by a group of people and this is an industry that has been on their heels for 18 months,” Tostenson said.

“And now we have people who use our industry as a way to discuss whatever their frustration in life is and we have nothing to do with it. We follow the law and we do it because it is the best for public health in our province ”. 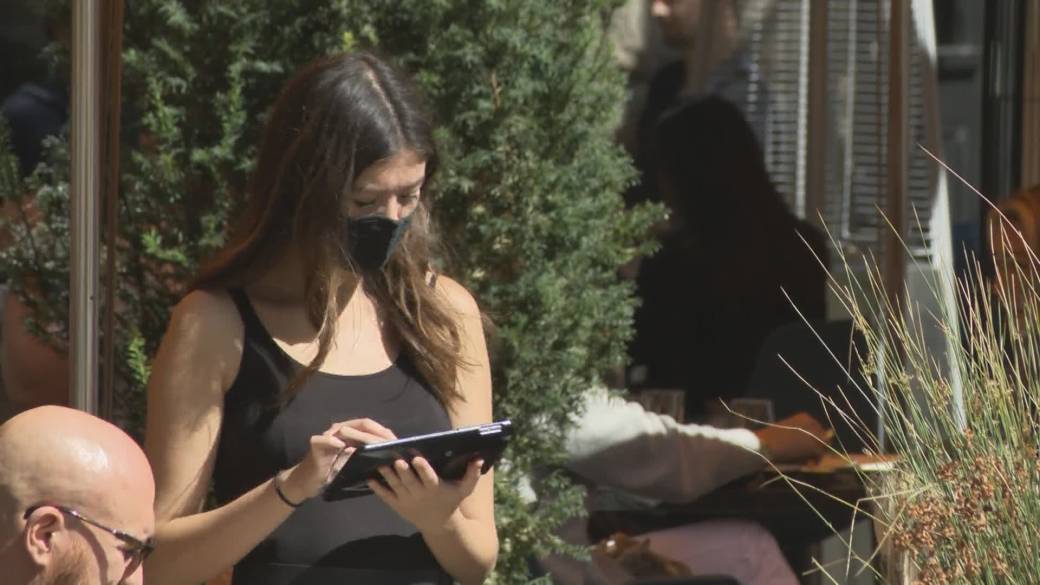 4:03BC Vaccination Card: How Cards Will Work In Restaurants

BC Vaccination Card: How Cards Will Work In Restaurants

He said they are advising restaurants not to take pick-up or take-out orders over the phone without a credit card.

“We have to push back this minority of people who want to continue to disrupt things and we are spending too much time on that instead of doing the right thing and moving on and leaving this pandemic behind,” he added.

Tostenson said the best way to support small businesses in the communities is to get the vaccination card and go out to eat or pick up some food.