You probably know the work of the iconic cartoonist Bruce MacKinnon from having seen him on the pages of The Chronicle Herald for the past 35 years, but the next time you look at your mail, you may see one of his cartoons in the upper right hand corner as a stamp of Canada Post. .

Halifax artist Bruce MacKinnon’s cartoon is headed to the US Library of Congress.

MacKinnon was one of five editorial cartoonists honored by Canada Post this week with a collector’s stamp featuring one of their most famous cartoons.

Canada Post chose the 2018 MacKinnon cartoon that pays tribute to the Humboldt Broncos junior hockey team that was involved in a deadly bus accident in Saskatchewan. The cartoon shows a hockey player dressed in the green and gold colors of the Humboldt Broncos, hunched over on his skates with the word “Sask” on the back. He is supported by 10 other players dressed in red with the short forms of the provinces on their jerseys. 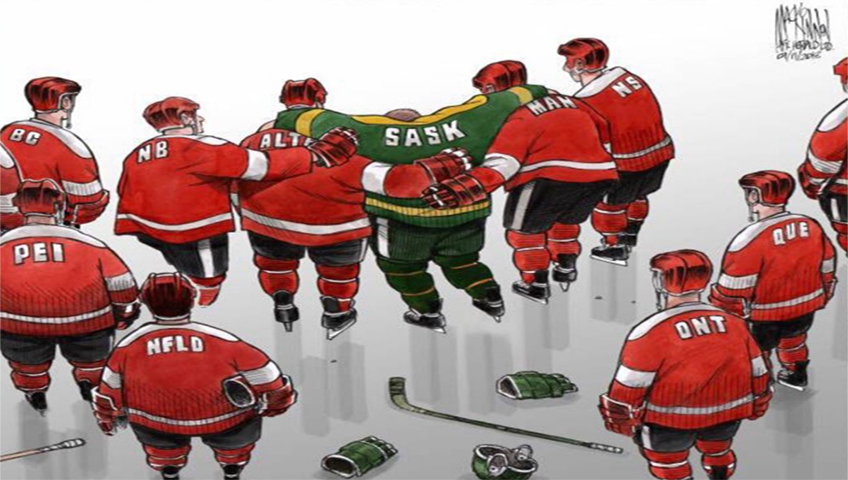 2:10Canadian editorial cartoonist explains how he came up with the idea for the Humboldt Broncos cartoon

Canadian Editorial Cartoonist explains how he came up with the idea for the Humboldt Broncos cartoon – April 11, 2018

“It’s a great honor,” MacKinnon said from his Halifax studio. “I wasn’t expecting it and my head is still spinning. I think the most important thing is to be in the company of the other cartoonists. “

The new Canada Post stamp collection also includes Serge Chapleau from La Presse, Brian Gable from The Globe and Mail, Terry Mosher from the Montreal Gazette and Duncan Macpherson from the Toronto Star.

MacKinnon has worked at The Chronicle Herald since 1986 and has published more than 8,000 cartoons. He has won nearly every award, including 21 Atlantic Journalism Awards, six National Newspaper Awards, and was appointed to the Order of Canada in 2016.

After 35 years of polishing it under the stress of daily deadlines, MacKinnon said it’s no easier, but he still enjoys the opportunity to draw cartoons and communicate with the audience.

“I feel like the luckiest guy in the world and I really love it, but just the same, there are days when I hate him and I’d rather be laying bricks,” he said. “You still have that deadline at the end of the day and sometimes that brings out really good things in you and sometimes it just raises your blood pressure.”

With such a decorated career already behind him, MacKinnon has seen his illustrations displayed in many different places, from the US Library of Congress to the toilets in local pubs, but he never thought he would see his drawings on a stamp. Postcard.

“I like to draw on a fairly large scale and the older I get the bigger I want to draw and for everything to be reduced to the size of a stamp, I didn’t think it was really legible, but it turned out to be OK,” MacKinnon said.

MacKinnon sees himself as a columnist, using satire and humor using pictures instead of words. He says his images and illustrations tell the story, usually making the audience or reader laugh and sometimes cry, depending on the subject.

“For me, it’s always been about drawing and I think I can get my message across faster and with more impact if done right than most columnists with a column,” MacKinnon said. “We as cartoonists have a great advantage in being able to do that.”