The Winnipeg Jets may have lost their first preseason game, but at least the fans were able to witness it.

The general public returned to the newly named Canada Life Center for the first time since March 2020 to see the Jets give up a third-period lead in a 3-2 overtime loss to the Ottawa Senators.

Alex Formenton scored the tie with seven minutes to go, and Shane Pinto scored just 25 seconds in the extra frame to give the Sens the comeback victory.

Jets forward Pierre-Luc Dubois had stitches in his mouth after getting checked in the face in the second period, but he was still excited to play in front of a crowd again.

“It hurts to smile right now, but I would if I could,” Dubois said. “I’m not in a very good mood at the moment, but having the fans there obviously helped a lot. Probably coming out again after 15 points with no fans would have been a bit more difficult, on the motivation side in the preseason, but having fans was great. I got goose bumps going out on the ice. “ 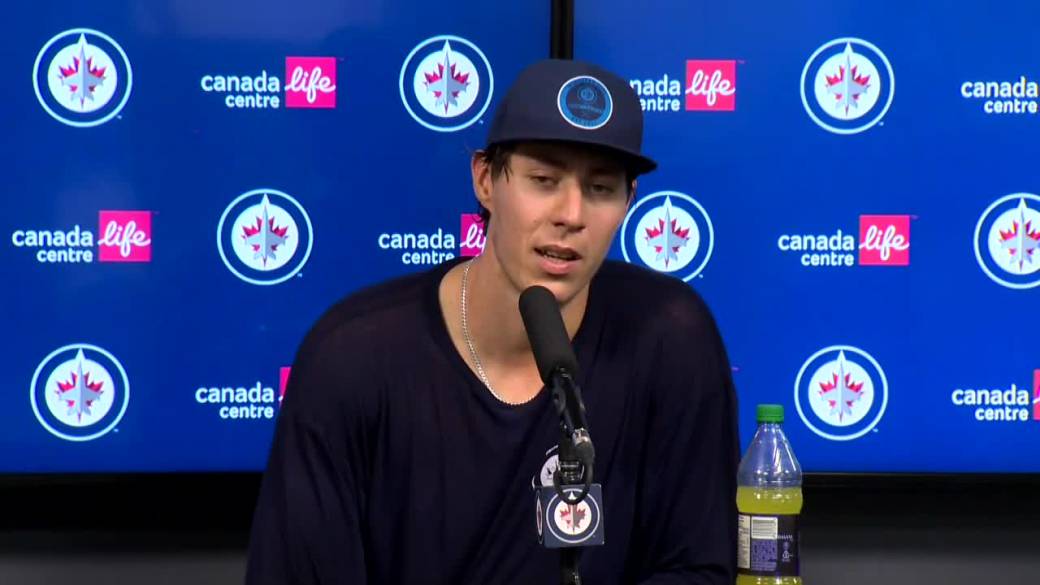 For all the players and even the head coach, it felt like a normal game again for the first time in over 18 months.

“Smell the popcorn when you walk to the bench,” said head coach Paul Maurice. “So it seems like it’s a lot better than it was almost in the playoffs. It’s an exhibition game, so the intensity doesn’t come close, but having people in the building is fantastic. “

Dubois scored the Jets’ first goal, while CJ Suess had the other score in the loss.

“There were some good things,” said Maurice. “You just don’t overweight these games, do you? There’s big parts to that, both teams wouldn’t necessarily be starting in an NHL game, and maybe a lot of erratic play in terms of the puck, and the puck transition and some things that happen, but yeah, it was a good start. “ 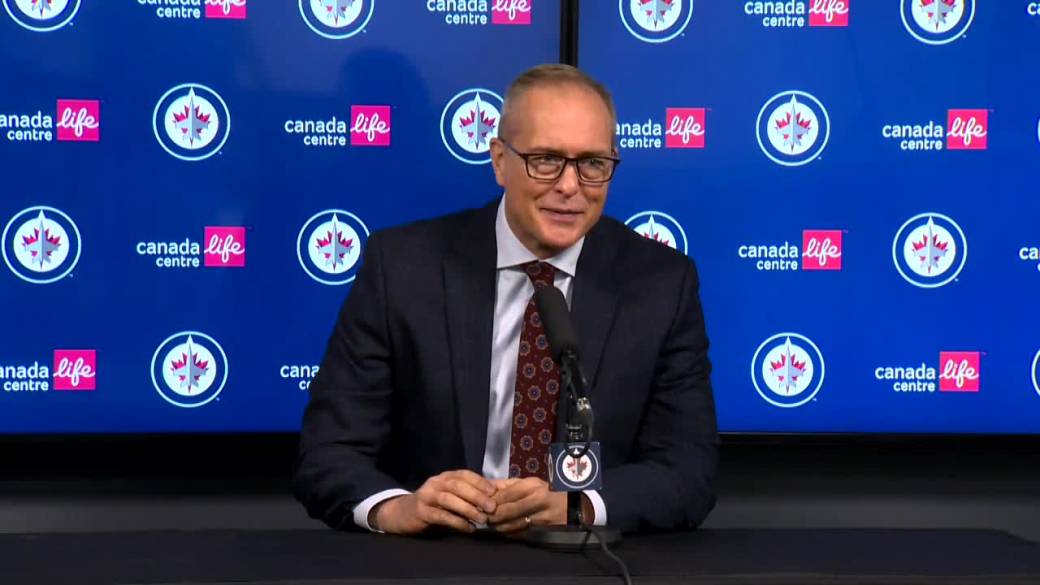 Ridly Greig represented the only other goal for Ottawa.

“Obvious signs of the first game a while ago,” Dubois said. “I think that in preseason, the important thing is to improve more and more in each game. You will never start the preseason feeling 100 percent. “

Eric Comrie played the entire game for the Jets in goal and made 24 saves.

“It’s been a while,” Comrie said. “It’s definitely fun to go back and play hockey games again. It definitely feels weird. I haven’t played many games in a long time here. It feels good to go back out there and wash off some rust and just build from it. “ 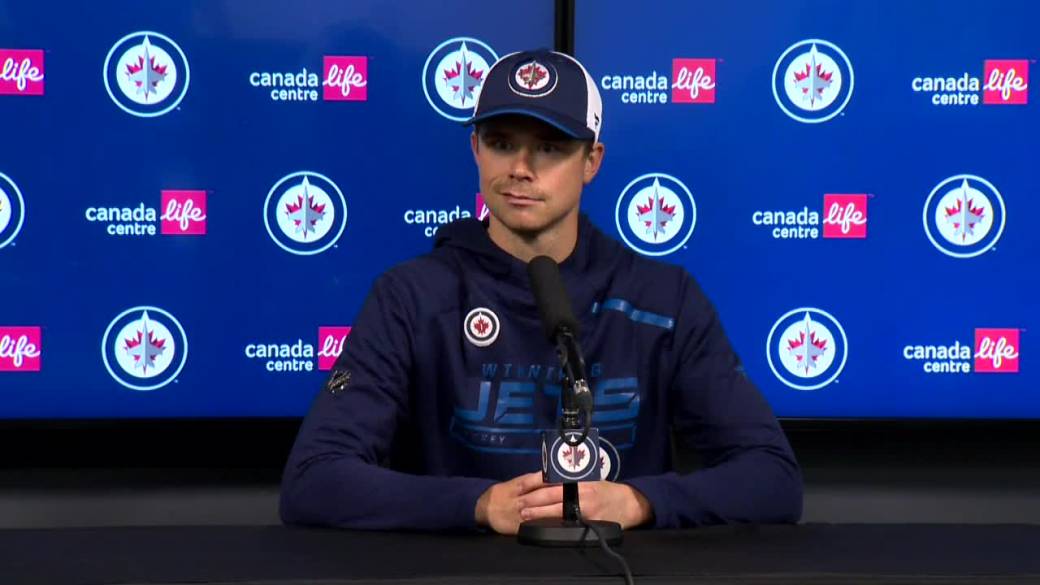 Anton Forsberg played the first half of the game for Ottawa and allowed two goals on 19 shots. Filip Gustavsson ended the contest by stopping all 14 shots he faced.

READ MORE: Winnipeg Jets General Manager Kevin Cheveldayoff optimistic and down to earth in the middle of training camp

There was a bit of a scare for the Jets midway through the first period. Senators forward Shane Pinto landed on Nikolaj Ehlers during a disc battle in the neural zone. Ehlers stayed on the ice and eventually skidded slowly while hunched over. But Ehlers returned to the game shortly after.

The Sens opened the scoring just over 11 minutes into the game during 4v4 hockey. Brandon Wheat Kings forward Ridly Greig took the pass on the blue line and turned Ville Heinola inside out before throwing the reverse to Comrie. Greig, 19, played 21 games for the Wheat Kings earlier in the year before ending the season with the AHL Belleville Senators.

But the Jets responded in the last minute of the period. Just as the first penalty of a 5-on-3 power play expired, Dubois slipped between the legs of Jansen Harkins. Harkins handed it back to him and Dubois passed the record past Anton Forsberg. And the game was tied 1-1 at 20 minutes.

READ MORE: Ville Heinola knows the score for the third year with the Winnipeg Jets

After a goal late in the first, the Jets struck again early in the second frame. Suess came off the wing, and from inside the top of the circle, fired the top corner of the shot at Forsberg. Dillon and Neal Pionk had the assists as the Jets took their first lead.

Soon after, Luke Johnson and Dillon Heatherington dropped their gloves for a fight. Johnson lost his helmet almost immediately and Heatherington knocked him to the ice to end a short fight.

Just after the middle of the period, Greig caught Dubois with a cross mark on his face. Dubois went to the locker room holding his mouth, while Greig was sent off with a penalty greater than five minutes and a misconduct. But the Sens managed to end the five-minute penalty.

“I don’t think it was a dirty play,” Dubois said. “I think he just got scared, he threw down his cane. He saw me coming and just threw down his cane to defend himself, which is obviously against the rules, for an obvious reason here, but it is what it is. “

It was a mostly uneventful start to the final frame, but with just under nine minutes remaining, Logan Stanley fought Austin Watson in the second fight of the game.

With just under eight minutes to go, Andrew Agozzino spotted Alex Formenton on a streak and waved the net behind Comrie for the equalizer.

They had barely dropped the puck in overtime and Pinto was circling the net before shooting the game winner past Comrie.

They made a shootout anyway just for practice and the Sens won that too, beating Winnipeg 2-1.

The Jets will play their second of six preseason games Wednesday at home to the Edmonton Oilers.