Staff at the Wanuskewin Heritage Park in Saskatchewan have unearthed an important archaeological find, and they did it with the unexpected help of some bison that were reintroduced to the park two years ago.

Walker and the bison manager were in the meadow located about 800 meters from the park building and the bison jump, which Walker in 1982 called “Newo Asiniak”, which means “four stones” in Cree.

“I just looked at my feet and saw a rock that was sticking out, partly overhanging, through the ground and had some kind of weird groove on the top,” Walker recalled.

He said at the time he thought the groove might have just been damage, but ended up brushing the ground to further expose the rock.

“It was at that moment that I realized that this is actually what is known as a petroglyph. This is intentionally carved, ”Walker said.

“The interesting thing is that it was the bison that actually partially uncovered it because we are in their pasture, where they irrigate and have to go through this pasture going from one pasture to another. So they spend a lot of time there. They will wallow. Dust baths will be taken and most of the vegetation has been stripped.

“They were responsible for showing us these buried boulders,” Walker said. “They are very happy to be here.”

The bison were reintroduced to the park in December 2019. It was the first time that the plains bison returned to their ancestral homeland in more than 150 years. 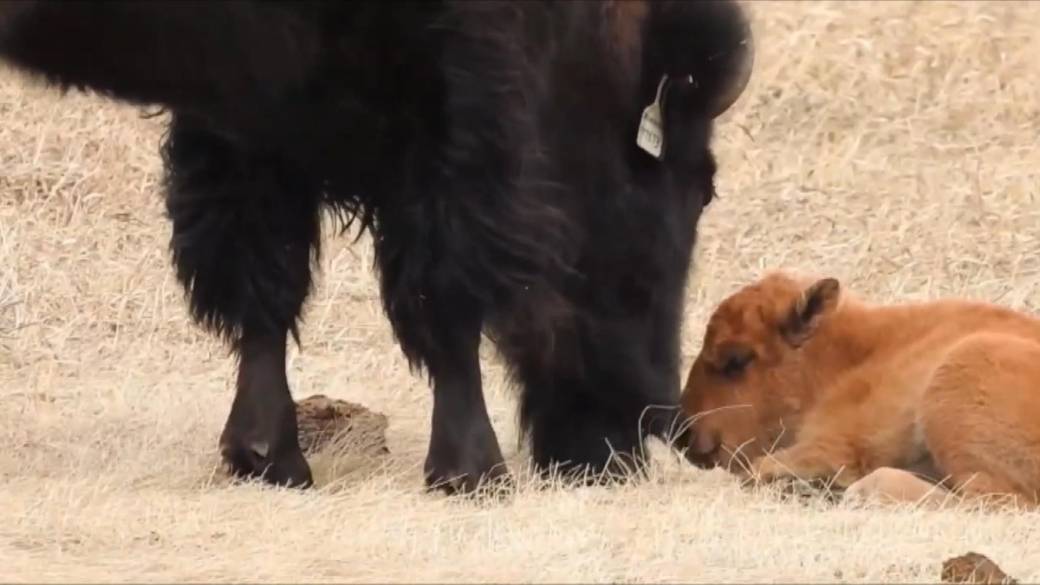 Petroglyphs are carvings, engravings, or incisions in a rock, Walker explained.

He said that rock art can be found all over the world and on the northern plains. There are about nine different styles.

It’s called a hoof print because instead of carving a whole bison into a rock, which would require a lot of work, indigenous people carved only the split hooves, Walker said. “So it is very metaphorical. Those hooves represent a bison. “

Drawing on ethnographic information, Walker said there are three things involved with the hoofprint tradition: femininity, fertility, and renewal.

“And it has to do with the bison. It is about the sacred relationship between the females and the bison. “

Walker himself was stunned by the discovery. He listed the other artifacts that have been discovered around Wanuskewin: bison leaps, teepee rings, buried campsites, and the northernmost medicine wheel found on the plains.

“What we didn’t have was rock art, and suddenly we are in the rock art business.”

“(Walker) knocked on the door and knocked in a way that I knew something was going on,” Brander said.

“He walked in and said, ‘We found it, we found rock art.’ And my eyes got a little bit wide, ”Brander said. Months before, they had been talking about what Wanuskewin really needed or would like to have. And that conversation led to one thing, he remembered: “Wouldn’t it be great if we had rock art?”

Both Walker and Brander made it a point to make sure the next steps followed protocol and ceremony, which included consulting with the elders.

The elders called the rocks “grandparents.” After a discussion, Brander said the elders gave Wanuskewin permission to move some of them to the site “so we could share them with the world.”

She said that the elders and keepers of knowledge were surprised and thoughtful about the discovery.

“There are no manuals that come with the petroglyphs, so it really lends itself to contemplation and thought about spirituality and the role of culture within different cultures within indigenous communities,” explained Brander. “Seeing the elderly experience that was really special.”

The park received a letter from the Saskatchewan Archaeological Society (SAS) certifying that the rock carvings are the result of cultural modifications.

“The location and alignment of the carved images could not be created otherwise,” wrote SAS CEO Tomasin Playford.

Plains bison returns to Saskatoon after more than 100 years

Brander said this was an additional layer of verification that really supported Walker’s experience.

He added that if it was any other ordinary person who came across the rock the day Walker did it, they may have just walked past.

He said that verification is also very important for the park’s application as a UNESCO World Heritage Site. The park was included in the tentative list in 2017 and is still awaiting its official designation.

There are 20 World Heritage sites in Canada, none of which are located in Saskatchewan.

Brander calls the petroglyphs the final piece that makes Wanuskewin unique in the world.

While excavating to prepare to remove the petroglyph, an adjacent stone knife was found about 10 centimeters below the surface.

“This is a stone tool, without a doubt. It had been used and sharpened. When I measured the width of the edge of the stone blade, it was the same width as the grooves in the rock, ”Walker said.

Walker said it is difficult to date the rock art, especially the petroglyphs, because there is no material to date. He said it typically relies on organic material like charcoal to date an artifact.

However, the rock art tradition of the hoof print dates back to between 300 and 1800 years ago.

Walker says that while it is nice to have found the petroglyphs, he is more interested in the history behind them.

He says the find adds to Wanuskewin’s story.

“It’s another dimension now, and this is one that’s more related to the spiritual, ceremonial kind of things. Bison jumping is all about making a living. The campsites have to do with the room and the place where you live throughout the year.

He said he believes this find will greatly help the park on its way to UNESCO World Heritage status.

As for the name Newo Asiniak, Walker can’t recall why he gave that name to the bison jump nearly 40 years ago, but he says it’s interesting and a bit strange that four petroglyphs have now been found there.