The rain cleared just in time as dozens of Londoners gathered for the 21st annual Walk So Kids Can Talk for Kids Help Phone (KHP) in London, Ont. Sunday.

It’s the first time in more than two years this event was held in person.

Among those in attendance was 12-year-old Kaleb Boyle. The 27-time World Champion in Karate is no different than any other young person, dealing with tough times during the pandemic.

“I deal with a lot of anxiety sometimes I get overwhelmed,” says Boyle.

It’s something that is concerning for his father Steve, who has been attending this walk with his family for the past four years.

“The comforting part as a parent is that kids aren’t always going to want to talk to me about things that are going on,” says Steve.

“It broke my heart finding out my son’s being bullied since junior kindergarten still to this day. Now that he’s got a karate pedigree, they’re coming out even more because they’re you’re this Karate Kid.” 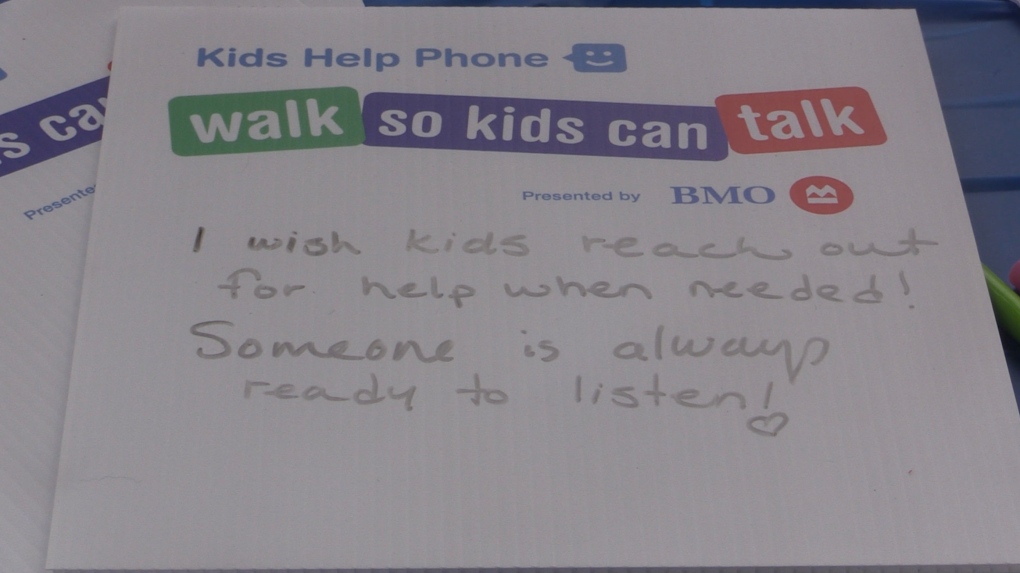 Dozens of participants in the Walk So Kids Can Talk for Kids Help Phone at Springbank Gardens in London, Ont. on Sunday, May 1 2022. (Brent Lale/CTV London)

Steve says he’s had difficult conversations with his son and daughter about suicides, teen pregnancy and bullying, and encourages others to use the help phone if necessary.

“Kids are babysat by technology nowadays, and the struggle is that they’re not communicating,” says Steve.

“It’s not something you should be ashamed of going use that line because that’s what it’s there for. There’s a million kids that have gone through the same scenarios and they’re qualified help. Make the phone call.”

Kaleb says he is yet to need the service, but if he did, he’d be willing to make the call.

“It’s an amazing tool that you can use,” says Kaleb.

“It’s definitely comforting to know that you have someone there, even if you don’t even know them. They’re there so you can talk to them and that you’re comfortable around them”. 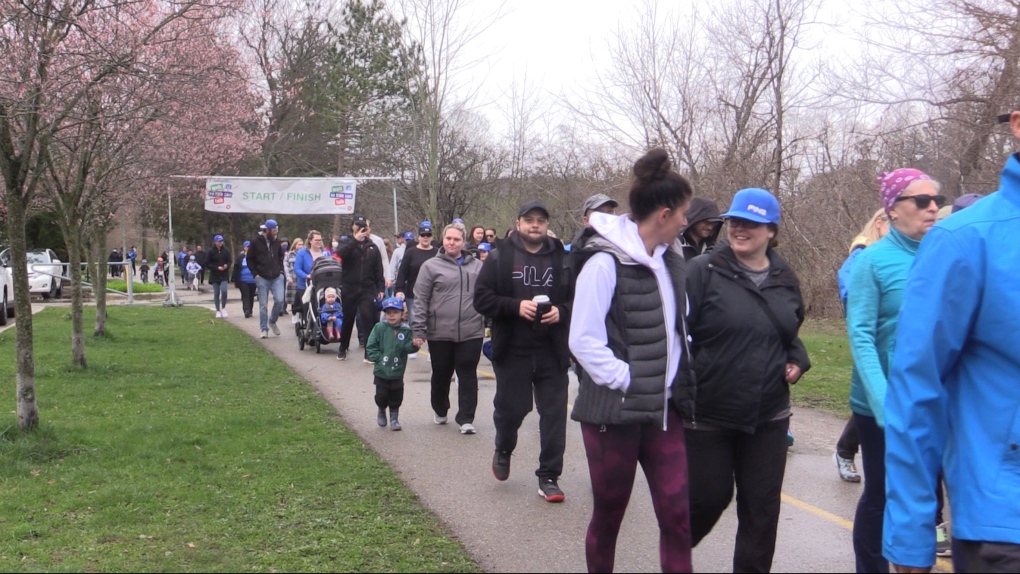 Dozens of participants in the Walk So Kids Can Talk for Kids Help Phone at Springbank Gardens in London, Ont. on Sunday, May 1 2022. (Brent Lale/CTV London)

Published On May 1, 2022
By thecanadian
Categories