The story between AstraZeneca and the European Union has not had a happy ending. This weekend, the European Commission confirmed that it was not going to renew the contract with the Anglo-Swedish pharmaceutical company after it failed to deliver doses of its Covid vaccine. Despite this break, the relationship does not end here. And it is that, the laboratory has a debt with the member countries of the EU that amounts to 200 million doses; about 18 million in the case of Spain.

The contract signed between both parties (AstraZeneca and European Commission) contemplated the purchase of 300 million doses that the laboratory should deliver in the first semester of the year. Specifically, the company had to deliver 120 million in the first quarter and 180 in the second.

An unfulfilled promise, because in the first three months of the year the pharmaceutical company sent 29.8 million doses and, for the second quarter, it lowered its forecast to 70 million doses.


Of the total, Spain corresponds to 10%, that is, 30 million doses in the first half of the year. However, it will only receive 12.2 million, according to the figures provided by the Ministry of Health in its vaccination reports. Therefore, AstraZeneca’s debt with Spain amounts to almost 18 million doses.

Of the 12.2 million doses that Spain expects to receive in the first six months of the year, for now almost 5.4 million have been delivered, as reflected in the Last vaccination report published by the Ministry directed by Carolina Darias.

The ‘heartbreak’ story between AstraZeneca and the European Union began with the signing of a contract that included an initial purchase of 300 million doses, which could be extended by a further 100 million. An option that, ultimately, the European Commission will not make use of.

The reason lies in the constant delays in deliveries and consequently, of the breach of the agreement. Derived from this fact, the European Executive has already launched legal actions against the Anglo-Swedish laboratory.

In Spain, the Public Health Commission decided that the AstraZeneca vaccine be administered to people over 60 years of age. A decision that came after thousands of doses had already been inoculated to a population under that age.

At the moment, the two million people under the age of 60 who have already received the first dose of the AstraZeneca Covid-19 vaccine are pending the decision of the Public Health Commission.

A decision that will be made based on the results of the study being carried out by the Carlos III Health Institute, in which the combination of vaccines is being tested. The first data will be available in mid-May.

While the trial progresses and the first results are generated, the Public Health Commission decided to extend the interval for the administration of the second dose to 16 weeks (the product’s technical data sheet indicates between four and 12 weeks maximum). 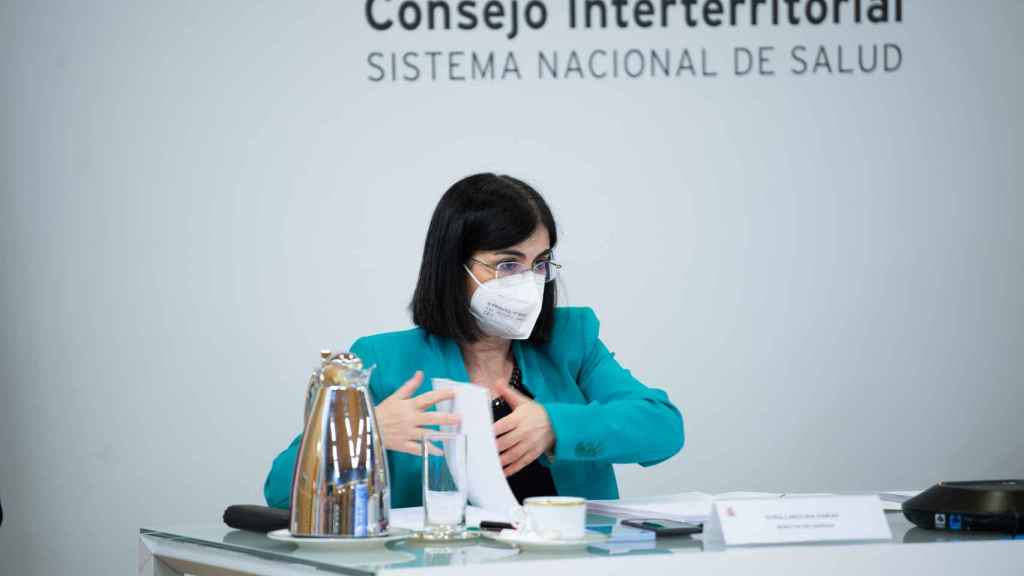 The Minister of Health, Carolina Darias.


Decisions made in Spain about the inoculation of the second dose of AstraZeneca to children under 60 years of age go against the recommendations of the European Medicines Agency (EMA).

The regulatory body recommended putting the second dose instead of leaving the vaccinated only with one and insisted that the space between the first and the second dose should be e “between four and 12 weeks, in line with the information on the product.”

For now, the idea of ​​Spain is not to administer the second dose of AstraZeneca to those under 60 who have already received the first. That means leaving ‘in limbo’ more than 2.5 million vaccines that our country has already acquired.

The accounts are as follows. Spain has agreed to purchase a total of 12,232,200 doses until the third quarter of the year. So far, more than 4.5 million of those doses have been administered to people aged 60 to 69 and essential professionals (before the vaccine was paralyzed in those under 60 years).

Thus, Spain has a surplus of 8,894,802 doses to vaccinate the 3,154,127 Spaniards between 60 and 69 years of age who still have to receive the first dose or finish immunization with the second.

To vaccinate all of them would require two doses or, what is the same, 6,308,254. Thus, more than 2.5 million doses would remain pending that would have no addressee.