Mrs. Sherri Richardson runs a comb through her daughter’s hair and discovers a disgusting infestation of lice and everything was revealed in video of Tik Tok, according to information published by the news portal of Daily Mail.

This audiovisual material has caused so much expectation due to the curiosity of seeing the insects that suck the blood of their victims.

Sherri Richardson is a woman who, through her Nitpickers business, helps children with lice problems, however, this time the help had to be done for someone in her house.

The objective was to demonstrate how an outbreak of these insects can get out of control if actions are not taken in a timely manner. Given this, the woman launched a question to challenge people to be aware of this problem: “What happens when you refuse to sit down so that someone can pass the comb to you?”

It was a week ago that the mother decided to upload the video in which she passes the comb through the hair of a girl and she discovers hundreds of lice. “This infestation is no more than eight weeks old. See how many different sizes there are. You get run over in a few weeks, ”Sherri Richardson said in the video.

This material has gone viral in a few days and currently has collected five million visits and almost 75,000 reactions from Internet users.

And Sherri Richardson also gave advice to all parents to end lice infestations in their children’s hair: “This is the most effective way to end an infestation and prevent them from returning.” 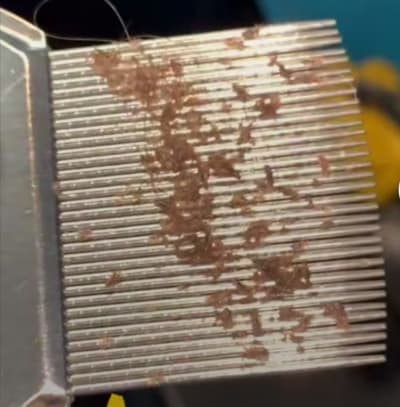 We all disgust lice and, when by chance, children bring one, generally, after a day of school, we run to remedy it.

Lice always remind us of dirt, grime and neglect, although, in reality, they jump from head to head without distinction of class.

It is difficult to fight them and they return every year, but it is a routine that all parents fear and that they want to get rid of as soon as possible.

But not all cases are created equal and there is one that caused a shock, as a 12-year-old Georgia girl may have died as an indirect result of a severe lice infestation she suffered for years!

New details about Kaitlyn Yozviak’s death in August last year were discussed during a preliminary hearing after which Wilkinson County Superior Court Judge Brenda Trammell agreed that there was sufficient evidence for the second murder charges. grade against parents Mary Katherine “Katie” Horton and Joey Yozviak to face a grand jury. 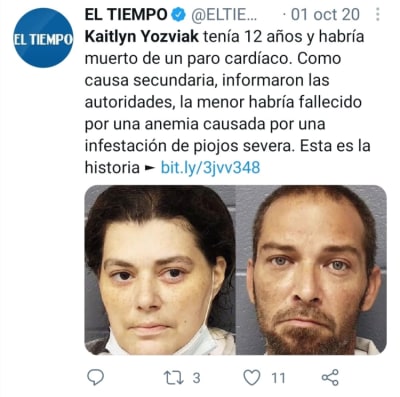 The couple was also charged with child cruelty in the second degree.

According to Mary Chandler, the special agent in charge of GBI at the agency’s region 6 office in Milledgeville, the girl’s mother called 911 around 2:11 p.m. on Aug. 26 because her daughter was not responding.

EMTs responded to the family home in Ivey and transported the girl to Navicent Health, Baldwin, where she was pronounced deceased.

The Ivey Police Department then asked the GBI to assist in the investigation. Agents stopped by the scene Thursday, interviewing most of the parties involved, Chandler says. 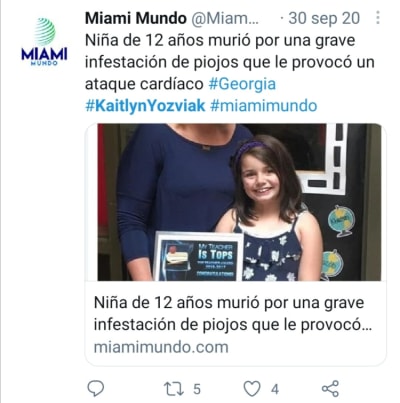