Twitter is rolling out a way for iOS users to share tweets on Snapchat, and the feature will roll out for Android users in the coming days.

The social media giant will begin testing a similar integration for Instagram Stories for a small number of iOS users in the coming days.

“Sometimes a tweet is so important or so fun that it needs to be shared outside of Twitter, and we’ve seen a trend of people taking the time to take screenshots and clip tweets to post elsewhere,” says the network. Social. giant notes. “But that conversation shouldn’t just live in one place, it should be where you want to talk about it.” 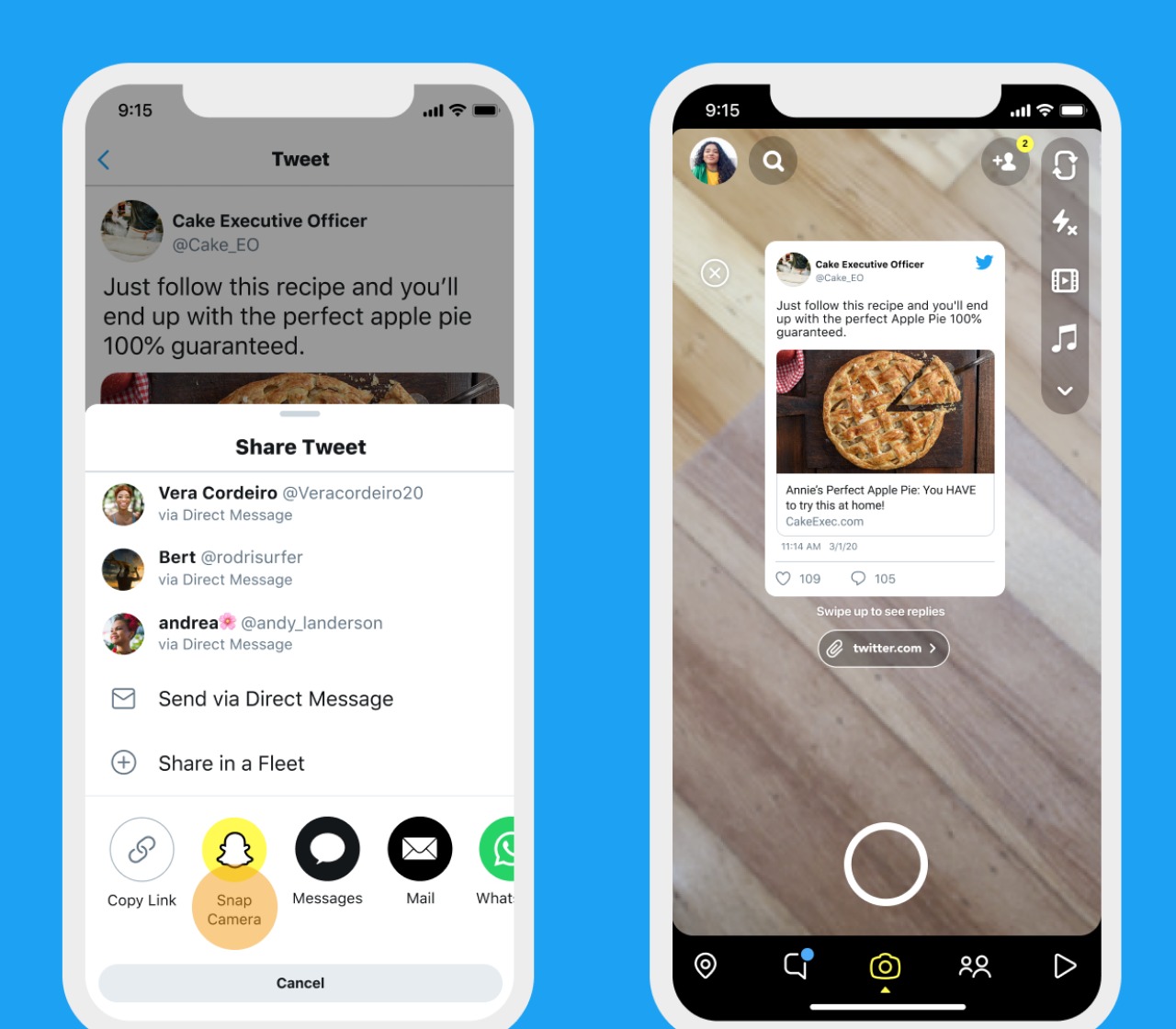 The platform says these changes will make it easier and faster to share tweets with other platforms while connecting people with the conversations taking place on Twitter.

Once you take a photo or record a video, you can move and resize the tweet tag. From there, you can add filters, captions, or other Snapchat features.