Santiago Heredia, the terror of Puerto III: "I'm going to kill all the officials" - The Canadian
Skip to content

“It is like seeing death and knowing that you must go to meet it. You do not have the ability to avoid it,” say those who guard Sebastian Santiago Heredia. A native of Coín (Málaga), he is 35 years old, measures 1.84, weighs 90 kilos of pure muscle and is famous for his attacks on officials.

The first time he entered prison was 15 years ago, for a simple robbery with force. He has not been out on the streets since. After that first admission, he has been chaining one sentence after another for assaults on the officials of the prisons in which he has been locked up. Locked in module XV of the prison of Puerto III, from Puerto de Santa María (Cádiz), a few days ago he was the protagonist of a new and brutal attack.

The general feeling is that nobody has been able to with him. Now the workers of Penitentiary Institutions have him listed as one of the 10 most dangerous prisoners in Spain. Is a guy “who doesn’t care about life”, explain prison workers.

“He has a special hatred for us. He says he wants to kill all the officials. He has already injured dozens of comrades. He has promised to kill us one by one, and one day he will fulfill it. I hope I’m wrong, but one day it will pass, “one of the prison officials told EL ESPAÑOL.

Heredia was transferred to the prison of the Port to attend a trial that was pending in Cádiz for the attack and threats to officials that he perpetrated precisely in that same prison in 2017. When they tried to remove him from the cell, he kicked and punched her. everybody. Four workers were injured of varying severity and they had to be treated in the infirmary.

The piece of a chair, turned into a sharp object by Heredia.

As soon as he got off the Civil Guard van, he foamed at the mouth between threats and insults towards those who were holding him handcuffed. As soon as he removed the handcuffs, he pounced on the officials. According to eyewitnesses, they had to go to great lengths to reduce him and tie him to a mechanical clamping bed, enabled for these cases of aggressiveness.

Era the third time that trial was attempted. The inmate always refuses to leave his cell in the Albocàsser (Castellón) prison to give a statement by videoconference. And to avoid being taken out of his cabin, he equipped himself there, transforming whatever was within reach into a dangerous object.

They say that he barricades himself in the cell with glasses, chairs, blankets, everything he catches. That turns your stay into a minefield, pouring water, bleach, yogurt, oil, all kinds of slippery liquids to the ground to block the way for those who enter to bend you.

Heredia even placed his own mattress as a kind of barrier in the middle of the room. Also in another fit of anger, he ripped off the surveillance cameras and even got on a table to throw himself on those who tried to reduce him.

It produces a terrible fear for the officials. It is, for them, a real nightmare. They denounce that the resources to control him are null. As soon as they take away the handcuffs, an uncontrollable and furious rage dominates him.

His aggressiveness is such that, on many occasions, when they have to transfer him to another city, officials are forced to call the GRS of the Civil Guard, the GEOs or a gang of the National Police Anti-riot group. Only they manage to appease him.

“He doesn’t care about everything”

Module 15 of the Puerto III prison is accessed by Civil Guard van. It is home to the most dangerous criminals: ETA members, radical Islamists, mafia bosses, repeat murderers … One of the chairs destroyed by the inmate.

Fabrizio Joao Silva Ribeiro was there, the ‘Hannibal Lecter’ of Spanish prisons, a huge inmate from Guinea Bissau who has already passed away, for many the greatest demon that has passed through the place. Also Plato, whose fits of rage few can control.

They say that Heredia “shows a total lack of respect for life, for workers and in general for all people.” “This man does not care if he meets an official with a wife and daughter on the street. He insults you from top to bottom, grabs you by the neck if he can.

The innumerable number of attacks perpetrated by the inmate Heredia keeps the prisons through which he rotates fearful. “He has beaten us so many, the judges fear him, like the civil guards in the transfers … Society has to know the difficult work we do here. We are guarding him by risking our lives, with one of the lowest salaries in the General State Administration. “

When not locked up or in isolation, Heredia spends his time coercing, insulting, and threatening other cellmates. He is, summarize the same sources, a very difficult individual to carry. This is how he left one of the module windows.

The last time he left Puerto III, in February 2019, Heredia beat up two officials. It was after one of his vis a vis. When ordered to empty his pockets to search him, he threw a packet of cigarettes in the face of one of the workers. “What’s wrong with you? What the hell is wrong with you?” Then he went after them with a barrage of kicks and punches.

He sent them both to the infirmary with numerous injuries and contusions. They say in prison that while unloading all those blows against them, he would not stop shouting: “I’m going to bite your nut out. When they release me I’m going to kill you, bastards, I’ll catch you in a gallery.”

Days later, before getting into the transfer van, he punched the head of the module’s services with a punch in the eye. He did not leave there without first to threat death to the entire staff.

From the association Your Abandonment Can Kill Me, they denounce that “the management and the deputy director of security at the center were aware of these events and have allowed them to happen again, without putting any means and once again leaving their officials defenseless and committed.” 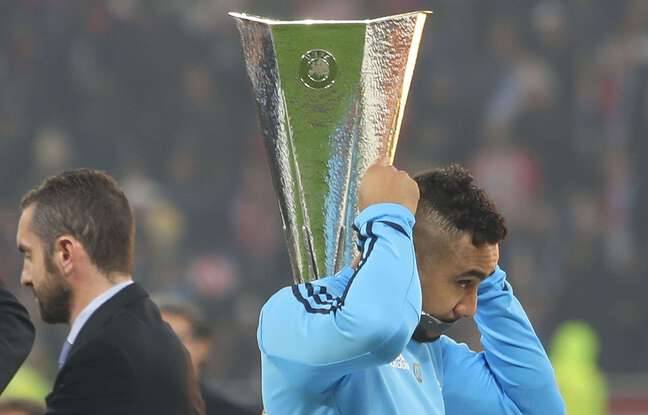