Denominations of Origin as Rioja, Ribera de Duero or Rueda They closed 2020 with drops in their sales of around 10%. On the contrary, the Denomination of Origin Valdepeñas (Ciudad Real) it grew 1.05%. It is a small percentage that, however, in the number of bottles means an increase of more than three million units. And all in a year of crisis for the wine and hospitality sector, marked by the Covid, which has brought a reduction in sales of the rest of the denominations. But Valdepeñas It is the leader in supermarket shelves, where the sale of wines has increased.

With the label Valdepeñas were dispatched last year almost 50 million liters -72% in Spain-. At an average of four euros per liter, the turnover related to the Valdepeñas wines reaches the 200 million euros. But the good data of this small DO – some 20,000 hectares (Rioja has 65,000) – but profitable – it sells all its bottled production – did not serve to solve its internal problems. This Monday the institution of wine has exploded. Agricultural associations ASAJA, UPA, Coag and Cooperatives Agroalimentarias, together, they have struck the table and decided to leave.

The farmers claim that they are one of the injured parties -the other is the consumer- of the alleged wine fraud within the DO: it is investigated whether large wineries in the area sell young or young wine as reserve, large reserve and crianza wine without the corresponding barrel aging. A fraud that has ended in the National audience after the agrarian companies took the issue before the courts of Real city. In the eye of the hurricane, the two great groups of the DO, Félix Solís -based in Valdepeñas- and García Carrión -based in Jumilla, Murcia-. Therefore, the Ciudad Real Court concluded that it was a matter to be settled at the national level.

Trending on Canadian News  It's budget day in Ontario

Both macro wineries are locked in battle, accusing each other of the miracle of bread and fish. To sell like wine with barrels – those that rest for months in wood -, wines without any cure. From the same Denomination, in addition to an audit and greater control of the liters, a labeling system was proposed that identifies what year each wine is from, so that fraud is avoided and production is controlled. This 2021 was precisely the year that this labeling system should begin, according to a Decalogue agreed within the DO. At the moment, everything is in the air.

But how does wine fraud affect the farmer? As explained by the agricultural associations, the lack of control in the wine, in the number of bottles that are labeled with DO Valdepeñas means that they cannot control prices. Not only that. They complain that the winemakers pay them such a low price that they don’t even cover the costs. Last season, the prices, by weight, they say, were similar to those of the 2019 vintage: about 18 cents per white grape and about 22 per kilo of red grapes. 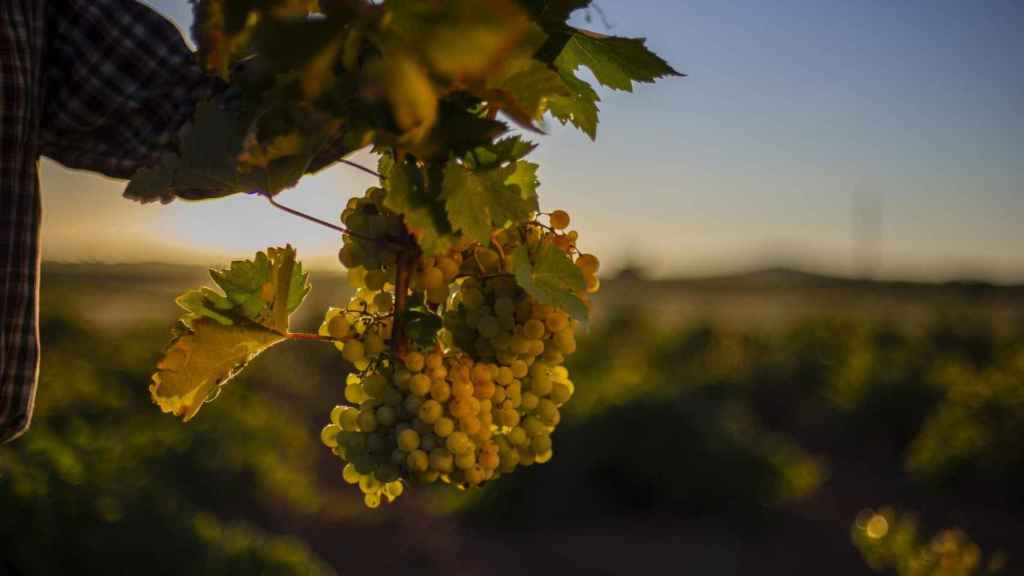 The departure of the producers leaves the second oldest Denomination of Origin in Spain -It was founded only five days after Rioja-. For its operation it is necessary that both producers -farmers- and industrialists -bodegueros- are present. And the next step is that now is the Ministry of Agriculture of the Junta de Castilla-La Mancha the one who takes the reins. The same associations explain it in their note. They assure that since the interprofessional table cannot be validly constituted to guarantee parity between the parties, the way is left “for the Ministry to assume the competences in the management of the DO Valdepeñas.” And so, they hope, “the operation of the same is reordered and all discrepancies and irregularities are eliminated.”

Farmers already denounced prices in December. And they had been threatening for years with his departure from the DO. Because right now? Several drops have filled his glass. In the first place, “the radicalization of the positions between the two associations that make up the marketing branch,” they say. They are the associations that precisely represent Félix Solís and García Carrión, “with crossed complaints”, they influence.

They also regret “The unilateral action of the current acting president.” It is Carlos Nieto, whom García Carrión has defined as the “right hand” of Felix Solís. His predecessor, Antonio Torres, resigned after a short month in office, from November to December of last year. And all after the previous president, the mayor of Valdepeñas, Jesús Martín, asked for his relief for years. He had been elected four years ago as a “consensus person” with the DO in crisis.

With this situation, the farmers conclude that “the numerous evidences of irregularities in the labeling of the wines covered by this quality figure, irregularities that have already been reported by the sector to the Ciudad Real prosecutor’s office in 2019, have exhausted the patience of the four organizations ”.