In September 2019, the Spanish Congress declared a climate emergency. Following the COVID-19 pandemic, the Government seized the opportunity represented by the EU recovery package to promote an ecological transition with the potential to transform the Spanish economy. This is welcome and should be celebrated.

Spain has recently emerged as a regional and global climate leader. Europe has been instrumental in pushing forward the neutrality target for 2050 and promoting greater ambition in the next 10 years – the decade that will determine the success or failure of climate action.

At the international level, in addition to having assumed the challenge of hosting COP25 with only 4 weeks in advance, it is also leading the bet for an ecological transition fair. However, Spain – like most countries – could be doing more.

Spain, like most countries, could be doing more to curb climate change

Recently, the Intergovernmental Panel on Climate Change (IPCC) – a group of more than 200 international scientists working within the United Nations – published an alarming new report. In the words of the Secretary General of the United Nations, it is a “code red for humanity”.

The IPCC could not be clearer. The climate has changed and will continue to change. Human activities are overwhelmingly responsible for this change. Unless societies act really fast – both in terms of adapting to the changing climate and drastically reducing greenhouse gas (GHG) emissions – humanity will find itself living in a very different world.

Storms like Filomena at the beginning of the year, severe heat waves like those of the summer or floods like those that hit Castilla La Mancha earlier this month are increasingly frequent and devastating. And this is happening in a world in which the global average temperature increased single 1 degree celsius compared to pre-industrial levels. 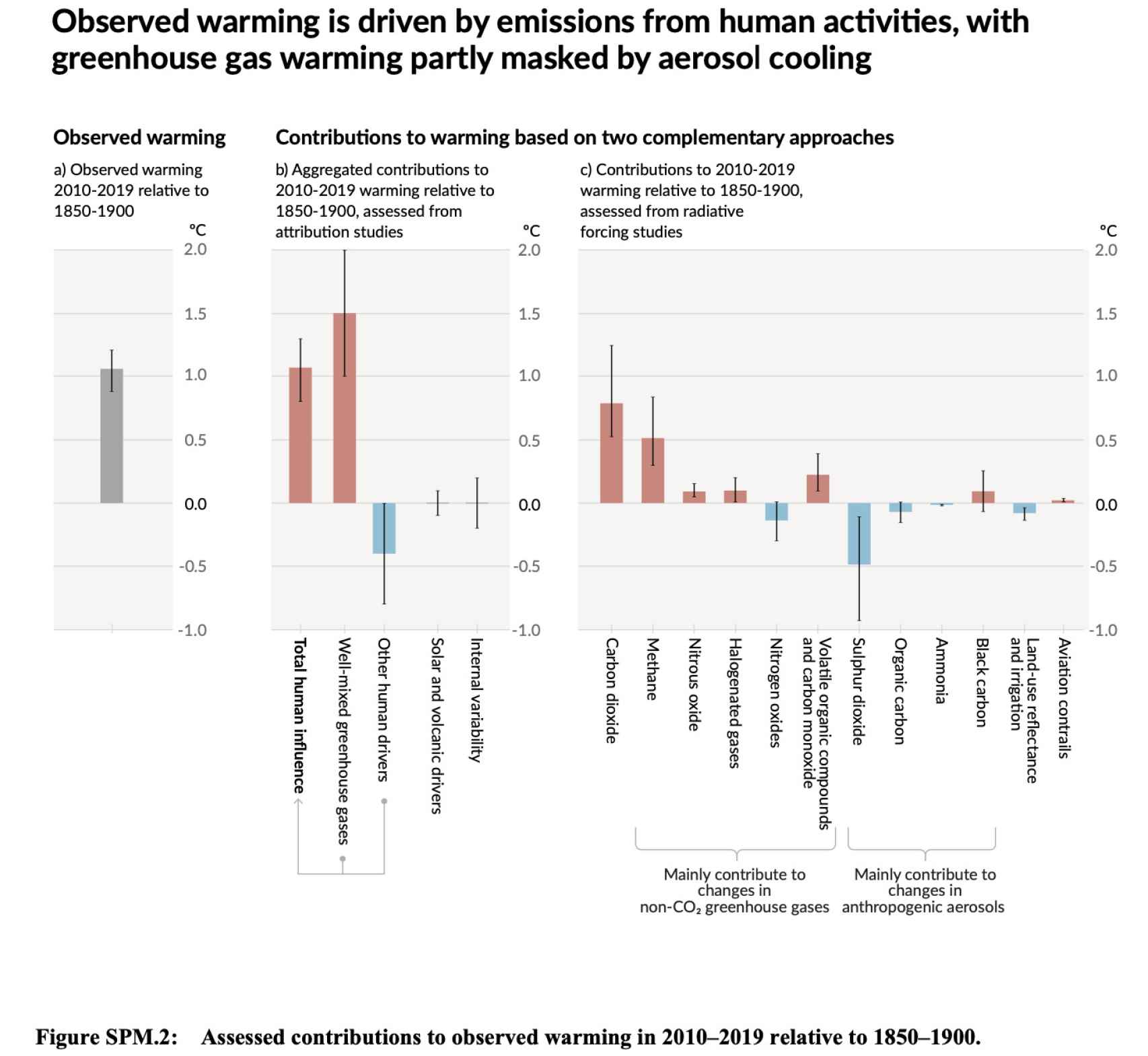 With the current trajectory, a temperature increase of more than 3 degrees Celsius is expected before the end of the century, which would make what until now were extraordinary events ordinary.

In the long term, the key to tackling the climate emergency lies in how quickly countries achieve carbon neutrality. How turbulent the journey to get there is depends on the amount of short-lived weather pollutants we emit in the process.

Those gases have an extremely high climate warming effect. However, only a fraction of the hundreds of years of carbon dioxide remain in the atmosphere.

Methane is the most common of these short-lived gases, responsible for more than 25% of the increase in global warming that we experience today. Reducing them is the best way to decrease the rate of heating in the short term.

Similar to CO₂, methane emissions continue to increase. They are driven by both the energy sector as for a livestock industry on the rise, needed to meet the growing demand for protein.

It is in the energy sector where action on methane can occur most rapidly and can have the greatest impact. Oil, gas and coal, in addition to being responsible for the vast majority of CO₂ emissions, are also responsible for one third of the methane emitted to the atmosphere.

The fate of fossil fuels is unquestionable. All countries should stop using them quickly – starting with coal – especially in sectors where there are alternatives. Although, realistically, these resources – especially oil and natural gas – will remain in the energy mix of our societies for a few more decades.

Spain is the perfect example, a country with climate ambition in the most ambitious region in climatic terms that foresees the use of a significant amount of oil and natural gas for another 20 years – although much less than the current one.

Developing countries are likely to take more on eliminating fossil fuels. This means that, while reducing the consumption of fossil fuels, we must act quickly so that the use of these products is the least harmful to the climate. 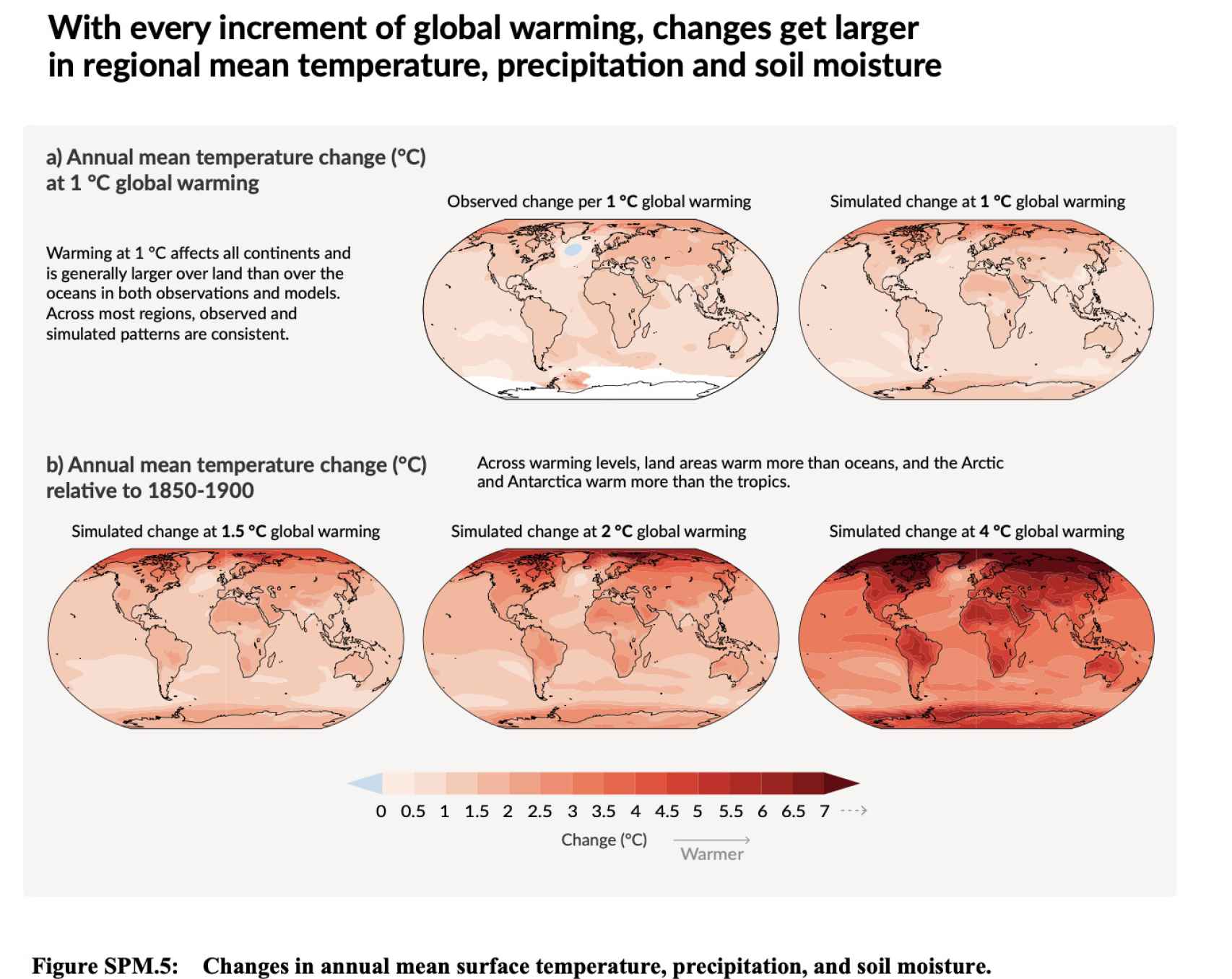 Drastically reducing methane emissions in the production, transportation and distribution of oil and natural gas is the action with the greatest impact that countries can take to achieve this. The EU leads this process and This is where Spain could redouble its efforts.

As one of the largest natural gas importers in the EU, Spain has the opportunity (and the responsibility) to involve its suppliers in reducing methane emissions.

Algeria, the largest source of natural gas for Spain, is considered one of the largest emitters of methane from oil and gas production. Spain is importing methane emissions associated with the natural gas it consumes.

The European Commission published its methane strategy which focuses on both internal and external emission sources. In addition, it correctly prioritizes reducing oil and natural gas emissions as a short-term opportunity.

This strategy stems from the Oil and Gas Methane Association (OGMP), an international effort to dramatically increase the transparency and availability of these gas emissions data. The lack of data at present is one of the main obstacles to reduce emissions from the sector.

This will allow the IMEO to provide a clearer picture of where and how much methane is leaking. In this way, companies and governments around the world can focus on strategic mitigation activities and develop science-based policies.

Spain has the opportunity to prioritize climate change and, in particular, methane emissions in their bilateral relations, taking advantage of their market power and good relations with supplier countries. 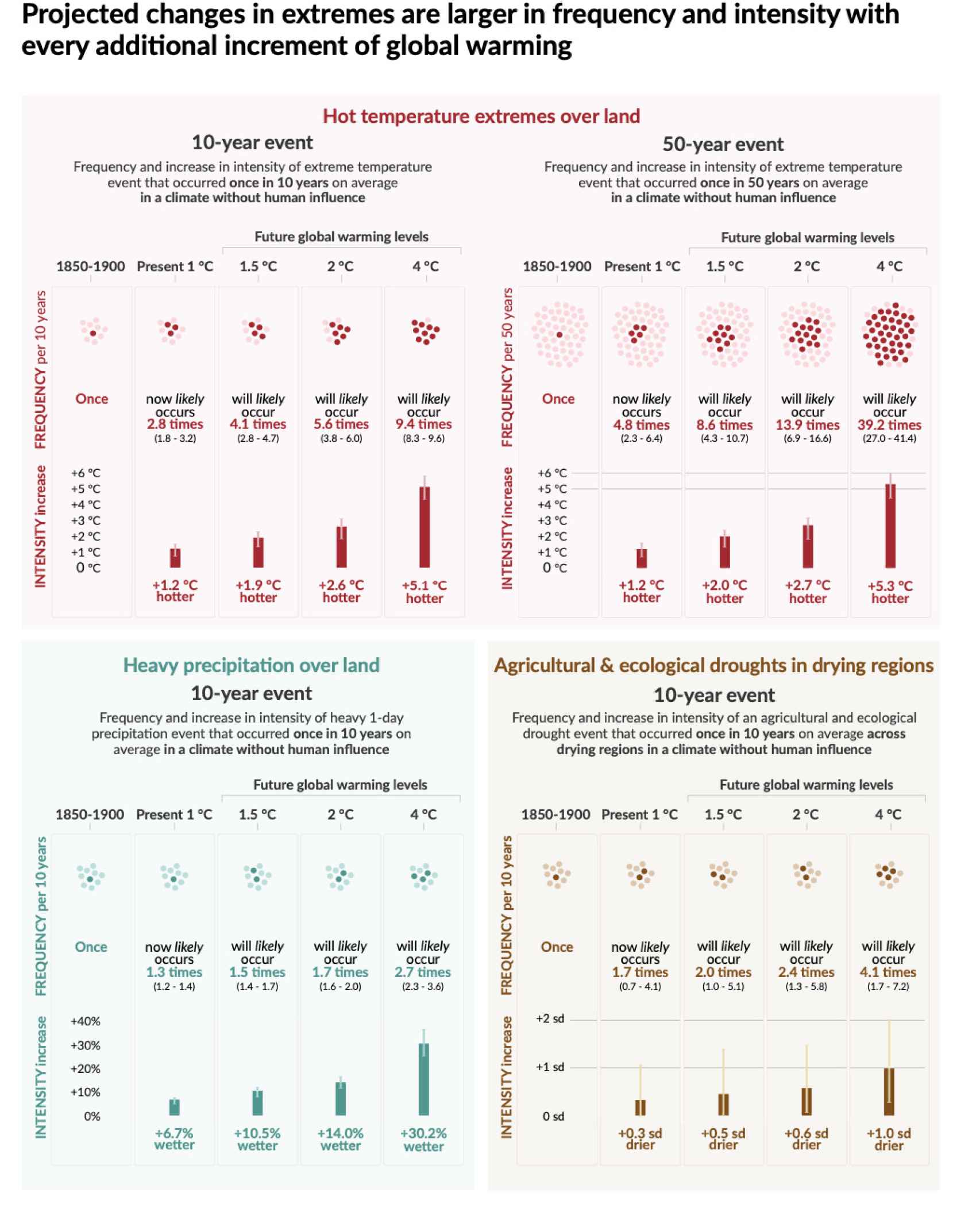 IPCC graph of predicted changes in extreme events with each additional increase in global warming.

It is time for you to do it pragmatically and proactively. That it builds on the leadership of the EU and works with the many companies that are participating in these efforts in different ways.

Both with traditional industrial players such as Repsol, Enagas, Nedgia, Medgaz, Saggas, but also with more innovative players such as Satlantis. The latter, with its upcoming satellite network, will support a new remote sensing observation capability.

To respond to the climate crisis properly, we must seize every opportunity to reduce emissions. Acting in parallel on carbon dioxide and methane will prevent us from the worst of climate change, allowing a less bumpy journey on our march towards climate neutrality.