Much has been written about the meeting between Joe Biden and Pedro Sánchez agreed by Moncloa and the White House for this Monday at the NATO summit. The contact never appeared on the official agenda of the US president and Moncloa’s official sources went from announcing it with great satisfaction last Thursday to not explaining on Monday morning that the time for the contact was not “fixed.”

Something very curious, considering that last Friday, some media had the information that it had been the president’s own chief of staff, Ivan Redondo, the one who had closed the details with his American counterpart, Ronald Klain.

The image of the 29 seconds of Sánchez following Biden down a corridor, between the posed of the family photo and the end of a prefabricated module, before the entrance to the plenary, was a disappointment for Moncloa. But above all it created discomfort in some government ministries, whose teams are suspicious of Redondo himself and his power: “For this show, it is better not to have announced anything,” explained a spokesperson who preferred to remain anonymous.

In Foreign Affairs, which on Monday morning had communicated a working conversation between the minister and the secretary of state, Antony Blink, declined to comment on the matter. But considering the sticks that he has taken Arancha González Laya In recent weeks, with rumors arising from the president’s own environment that placed her on the exit ramp of the next government crisis, the unease was palpable.

There were more talks

The truth is that Joe Biden and Pedro Sánchez, in reality, did not meet only in that very brief conversation. What was promoted and distributed was only the perched stolen that EL ESPAÑOL already predicted last week when, after consultations with various ministries, none gave details but it was admitted that “it will not be a bilateral one, they will not sit down.” The image of Biden in the short video, staring into infinity, didn’t help Moncloa either.

Justin Trudeau (Canada) talks with Pedro Sánchez and Joe Biden (USA) on the margins of the NATO summit in Brussels.

But as this newspaper has been able to confirm in sources close to the president, there were several more groups, on the margins of the summit, in which Pedro Sánchez and the US president chatted calmly.

The images that accompany this information show at least two more contacts: one in which Angela Merkel, from behind, frames the photo with the two presidents and Justin trudeau, Prime Minister of Canada. And another of Biden and Sánchez alone, where, according to what this newspaper has been able to know, they talked about all those issues that the initial information from Moncloa had seemed to fit into the famous paseo that had been meat of meme. This meeting was confirmed by a White House official on Monday night.

As previously indicated, the official sources of Moncloa said, both presidents wanted to greet each other, meet personally and establish a first contact. And so their respective teams had agreed, including in the agreement that the cameras could capture the moment of the greeting “as proof of the excellent relationship that exists between both countries.”

But it was later when Sánchez achieved the definitive and personal agreement from Biden to support that Spain will host the NATO summit in 2022. The president’s environment was especially excited to confirm this possibility, which had already been left open from the Executives from Mariano Rajoy, given that our country turns 40 next year as a full member of the Atlantic Alliance.

The NATO summit to be held in Spain in 2022 will serve to commemorate the 40th anniversary of our membership of this organization. Accession was possible thanks to the efforts of the president Leopoldo Calvo Sotelo, in what was the most important event of his short term.

The substitute for Adolfo Suarez in Moncloa, he already advanced in his inauguration speech, at the beginning of 1981, his decision to incorporate Spain into NATO. In December he formally communicated to the Alliance his intention to join Spain, which in May 1982 became the sixteenth country of the military alliance.

The PSOE then capitalized on anti-war sentiment on the left with the campaign “NATO, not to begin with”, which helped him win with an absolute majority the elections that were held only five months later.

The government of Felipe Gonzalez he changed his mind and, in the referendum called in March 1986 on the permanence of Spain in NATO, he asked for a favorable vote, considering it “convenient for national interests “. On the left, the PCE remained against integration. The Spanish endorsed the presence of Spain in the Atlantic Alliance. 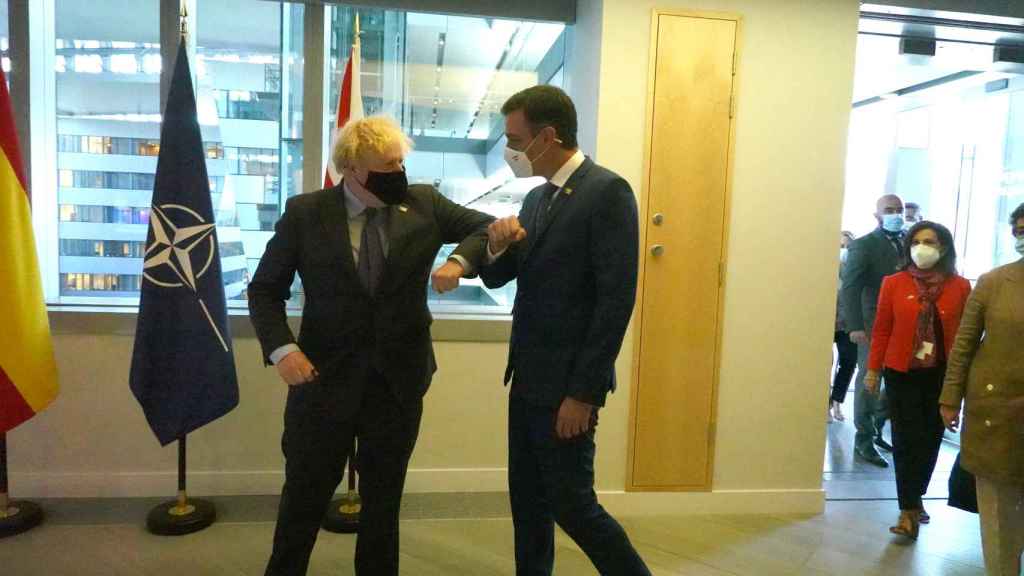 Forty years later he is another socialist president, Pedro Sanchez, in coalition in the Government with Podemos and Izquierda Unida, both heirs of the PCE, which decides to hold a NATO summit in Spain.

Despite his travel companions in the Government, the president sets his international agenda, especially intense in recent weeks, and for example, he had a bilateral meeting with the British Boris Johnson also this Monday. In addition, he had the opportunity to exchange views and talk on the sidelines of the summit itself with other leaders, such as the President of Turkey, Recep Tayyip Erdogan.

Published On June 15, 2021
By thecanadian
Categories