The Generalitat ruined a great opportunity to grow. And in just one month. The time that separates its commitment to the Government and Aena from the fear that the El Prat expansion project will heat up the street and put the stability of the Government itself in trouble. A pressure that has led the Spanish Government to cancel the investment of 1,700 million euros in a movement that has surprised because the environmental implications were already known to all parties.

We are talking about a story that begins in 2019 with the commitment of many city councils in the area and that the Government itself seals on August 2 when it reaches an agreement with the Ministry of Transport, Mobility and Urban Agenda (MITMA). More than a hundred meetings in which everyone agreed on lengthen runway 07R / 25L over the protected area of ​​La Ricarda and build a satellite terminal that would serve long-haul flights.

In fact, the Government intended to move forward knowing that the expansion of the aerodrome could not be done without affecting the spaces of the Natura 2000 Network in the Llobregat Delta.

But, first, the Barcelona City Council with its mayor, Ada Colau, and then the environmental organizations began to heat up the social environment in defense of the protected area, opening a gap of trust between the Government and the central Government when they criticized the draft presented in the last Friday for Aena. 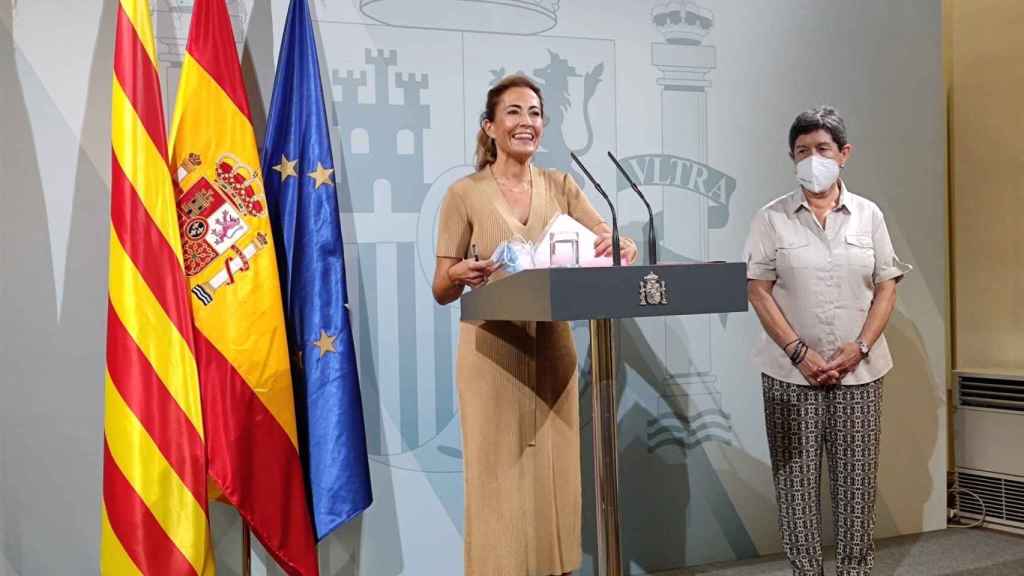 The very words of the Minister of Transport, Mobility and Urban Agenda, Raquel Sánchez, manifest the “Surprise” and bewilderment for this change of course. “The Government is not going to impose the expansion of the airport because the Generalitat does not make it possible and, therefore, it is not going to be included in the DORA II,” he said yesterday during the press conference in which he confirmed the cancellation of said project .

The lack of confidence reached its highest level when some members of the Government publicly announced their intention to attend the demonstration on September 19 in protest of the expansion of El Prat. This is where the trust between the parties was completely broken and the minister did not want to ignore this aspect yesterday.

To the environmental defense for the protected area, we must add an internal opposition in Catalonia that For years he has struggled to try to reduce tourism as much as possible with policies that have even vetoed the opening of new hotels.

The CUP and Ada Colau are leading this opposition to Catalan businessmen who support the El Prat project as a great growth opportunity. Opportunity that is lost only because of the fear of the Government.

In addition, if you change your mind, it is up to you whether you will have to wait for the approval of a New Airport Regulation Document, that is, a DORA III for which it will take five more years.

The project implied a great economic advance for Catalonia. The holder of the Transport portfolio did not skimp on details. It was about a project for the generation of 365,000 total jobs, a contribution of almost 9% of GDP and an investment of 1.7 billion euros.

The field generated 220,000 jobs and contributes to 6.8% of Catalonia’s GDP. It ranks fifth among the airports in the European Union. In the last twenty years it has experienced extraordinary growth, reaching 53 million passengers in 2019. The year in which it reached its maximum saturation and, therefore, the expansion came to decongest air traffic.

But that the Government has put problems to the expansion of El Prat It does not mean that the other part of the plan for other airports in the region also stops. However, “we do not renounce to continue working and collaborating in promoting the complementarity of the Girona Costa Brava and Reus airports, for which we maintain their specific development plans. Especially when both connections are underway through High Speed ​​”, he points out.

Therefore, despite the fact that the Government wants Catalonia to once again be an economic engine of Spain and turn the El Prat airport into an intercontinental hub, the minister was blunt: “The Government is not going to impose the expansion of the airport because the Generalitat does not make it possible and, therefore, these associated investments foreseen in the Dora for this period 2022-2026 cannot be foreseen ”.

For its part, Catalonia renounces a golden opportunity to grow in tourism terms at the same time as the Barajas airport, whose expansion was also planned in the DORA II and, of course, is continuing.