After the suicide of Alma Rosa Medina, daughter of the singer of the Patrulla 81 group, José Ángel Medina, another series of messages are now released revealing that she did not have a good relationship with her relatives, according to the Instagram page of Chicapicosa2.

As will be recalled, just yesterday it was reported that a woman called the emergency line to say that, upon entering the room where her mother was, she found Alma Rosa Medina hanging from a rope tied around her neck.

Elements of the Red Cross confirmed the death of José Ángel Medina’s daughter when they arrived at the place and tried to help her.

There are several theories about the reasons that led Alma Rosa to take her own life, since she suffered from depression until she was fighting the coronavirus and laryngeal cancer.

Through her latest messages published on social networks, it is deduced that she had problems with her brothers, from whom she was estranged.

These messages would be from the last conversations that the daughter of the singer of Patrulla 81 had and that reveal the reasons why her family, apparently, did not love her.

It all started with this message that she posted: “This is how gossip is done, like wildfire. I got to see my mom and my sister wouldn’t let me see her. Who knows how much he claimed, because when he starts arguing he talks very fast. Overall, I told him: if she is sick, give it to me to take to the doc, and he told me again: You are not going to see her ”.

Then a person answered: “Too bad, get in by force, she’s your mother too and you have the same right as your other siblings.”

Before this she would have answered: “Come on if I already have them all on top”. Then they ask him again: “Too bad, but why do they hate you so much? And then the singer’s daughter says: “because I don’t have money.”

In another of the messages, Alma Rosa, the daughter of the singer of the Patrulla 81 group, José Ángel Medina, says the following: “Because I can’t be an asshole, her lawyer.”

Then the person with whom I was talking makes a suggestion: “You can send a lawyer to fix the whole thing, because they will leave you without inheritance.”

It was time when she replied: “I already have it.” But it wasn’t all there, and the people she talked to reminded her of everything she did.

Immediately some people began to give their opinion on the situation of the woman: “How sad … I hope they do not stop at her funeral to cry.”

Someone else wrote: “Wow how strong, now I wonder how will this girl’s brothers have conscience? And I don’t want to imagine his mother’s pain ”.

“Wow! How sad to end your life feeling that your loved ones turned their back on you when you gave everything for them. Siblings as you like, but when the mother finds out that her daughter went to look for her days before her death and they closed the doors in her face, there she will feel great remorse, ”said another Internet user. 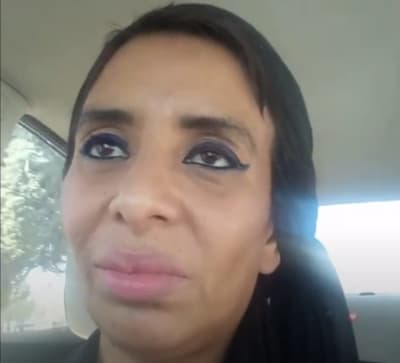 In another publication of the most revealing made by the daughter of José Ángel Medina, a member of Patrulla 81, the day before his death, different conclusions can be drawn:

“Through the Facebook gossip, I want to clarify that I completely detach, in short, overnight, from my family and everything that has to do with Patrulla 81. When the probate trial is made, I will go for myself part, because it is what will remain of his grandfather ”.