20 years have passed since BBV and Argentaria joined BBVA. In that great financial operation, the three strong men of the new great bank agreed on the distribution of power.

In the new organization chart of the entity of Basque origin, the General Secretariat, Regulatory Compliance and Institutional Relations were under the umbrella of the presidents, Francisco Gonzalez and, for a few months, Emilio Ybarra.

Meanwhile, the CEO, Pedro Uriarte, was left with control of the Retail and Wholesale Business areas, as well as Systems and Operations.

In that cast a man of the confidence of the Basques emerged, Jose Ignacio Goirigolzarri, who became a heavyweight in the new structure under the guidance of Uriarte, who would end up replacing as CEO a few months later. The young banker took note of that deal with which FG did not go badly until he arrived Villarejo.

Almost two decades later, at the head of a seminationalized entity in times of pandemic and with the view that the left-wing coalition government could end up leaving its shareholding, Goiri signed the absorption of Bankia by CaixaBank last September.

In the initial distribution of power, it was left with three areas: Internal Audit, Secretary of the Council and Communication and Institutional. Meanwhile, afterwards, he has managed to place a man of his trust, Manuel Galarza, in charge of Compliance and Control. This shows that the Bilbao banker – from Caserío, they point out in his land – wanted to replicate in the operation a deal that ended up making FG almighty.

20 years later, this distribution of power allowed public opinion to be staged last September that the operation in which he had been working Isidro Fainé since the financial crisis it was friendly. Bankia’s furniture was thus saved so as not to generate more fissures in the left-wing coalition government.

As a reader of rationalist philosophers, when he sealed that pact, Goirigolzarri always had in mind what was evident. Regardless of the staging of the financial operation of the year, that was a full-fledged absorption of Bankia by CaixaBank.

Months later, the councils of the banks have already given the names and surnames of those who will occupy the positions in that distribution. And it turns out that Goirigolzarri remains with the functions, but his officials, as recognized by a source close to the entity.

Three executives of its management committee who seemed to fit into this new bank’s power distribution have decided to follow in their footsteps until nowto number two, Jose Sevilla and leave Bankia before it joins the firm of Catalan origin.

Thus, the Bilbao citizen will be able to find out what happens in the new entity with a person of his trust in Compliance and Control. Meanwhile, he will head Audit, Secretariat and Communication, but with executives from the purchasing bank. 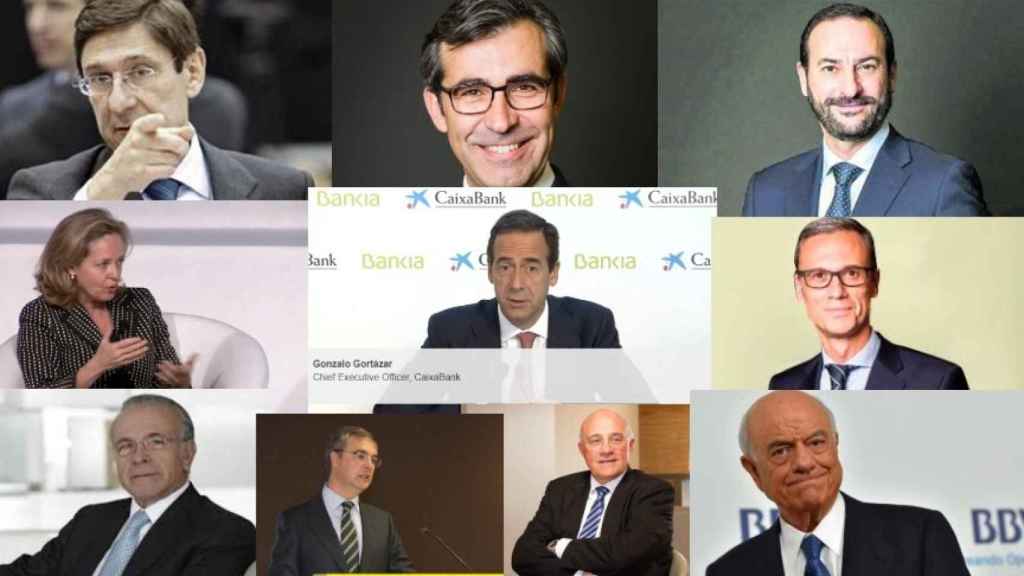 When Cani Fernández authorizes the operation and the merger materializes, there will be few Bankia names on the management committee in which Galarza will be, together with Eugenio Solla (Sustainability) and David Lopez (Human Resources). The latter will occupy one of the three general directorates that will be the bank with the largest volume of assets in Spain.

The CEO, Gonzalo Gortázar, will be the strong man of the new bank and this evidence makes some venture to speculate how long Goirigolzarri will remain as chairman of the new CaixaBank.

Maybe, until the state sells? That would place us -today- on the horizon of 2023, after the two-year extension that the Council of Ministers has given to Nadia Calvin to make this decision, which has been postponed since the now Vice-President of the ECB took office, Luis de Guindos.

With Gortázar as the strong man of the new bank, will Goirigolzarri stay in Bankia only until he sells the State?

In a way, Goirigolzarri will preside over the new bank as a guarantor of the taxpayer’s interest in what remains of Bankia, after the imminent disappearance of its brand.

And then what will happen? You know, Neguri has always wanted me to return to BBVA to run the bank. But Carlos Torres Vila has other plans. It is difficult to know if Goiri will be thinking about that or about spending more time in his philosophy classes when this adventure is over. Managers who have left the bank in recent days may know. What no one can know for sure is whether this time, the Government will meet the deadlines on the calendar to sell.

If anyone has closely followed the distribution of power between CaixaBank and Bankia in recent weeks it has been Josep Oliu and those around him will have been relieved by his step back in the decision to sign the absorption of Sabadell by BBVA. Banking mergers always seek to save costs and therefore are traumatic, no matter how they are painted.

The conflict that Aena maintains with the tenants of its premises reached the Congress of Deputies last week. It was from the hand of ERC.

An example of how the Gob @desdelamoncloa helps the productive economy: @aena (51% public) choking airport trade: airports without traffic, and maintains rental prices.
Vice @NadiaCalvino, as usual, does not respond (usually does not) pic.twitter.com/R0VXuYc6Xl

Your deputy, Joan Capdevila, has seen in the battle that Maurici Lucena maintains a flank with the owners of the airport stores to oppose the president of Aena, the man who Salvador Illa He promised to lead the Economy if he succeeded in presiding over the Generalitat.

Despite the proposals made by Aena to its tenants, the conflict is stalled and could become one more front for the Government, even if it is a publicly traded company.