Apple surpassed Samsung in global smartphone sales for the first time in four years, according to Gartner report for the fourth quarter of 2020.

The launch of the iPhone 12 series helped the tech giant post double-digit growth in the fourth quarter of 2020. Apple had 79.9 million smartphone sales in the quarter, while Samsung had 62.1 million.

Xiaomi rounded out the top three with 43.4 million sales. Oppo and Huawei ranked fourth and fifth, respectively, with 34.3 million sales each.

Interestingly, the report reveals that global smartphone sales declined 5.4 percent in the fourth quarter and were down 12.5 percent for the full year. This is not exactly surprising, as the current COVID-19 pandemic has caused financial uncertainty for several people around the world. 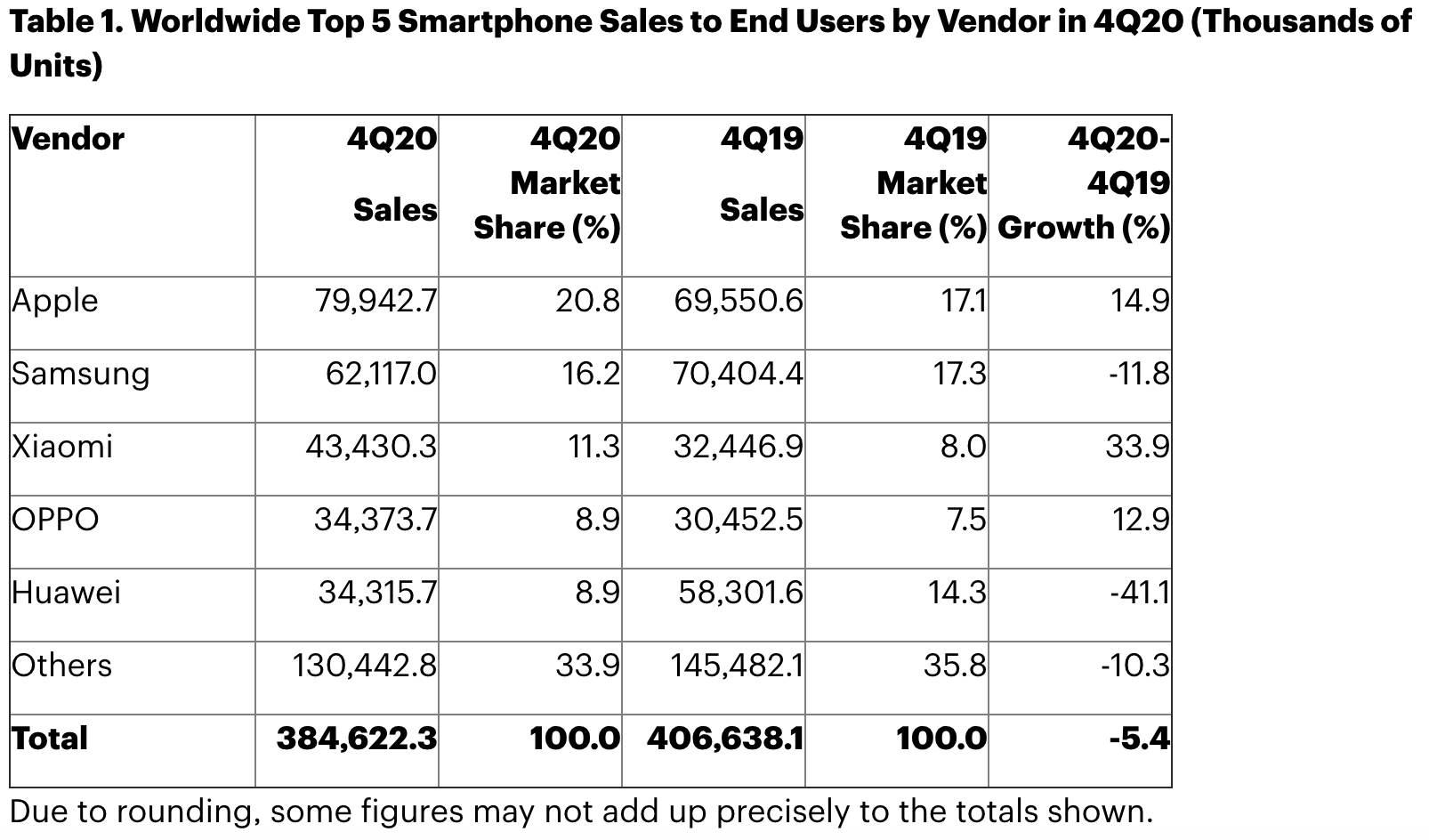 “Although consumers remained cautious on their spending and delayed some discretionary purchases, 5G smartphones and professional camera features encouraged some end users to buy new smartphones or upgrade their current smartphones in the quarter,” Gupta points out.

Although Samsung saw a 14.6 year-on-year decline in smartphone sales last year, it still held the top spot with the most global sales for the entire year.

Gartner notes that it faced stiff competition from regional smartphone manufacturers such as Xiaomi, Oppo and Vivo. Huawei saw the biggest drop among the top five smartphone vendors, allowing Apple to jump into second place.

Trending on Canadian News  Five flowering plants for the month of May: origin and care

Huawei’s decline was expected as the company continued to face various restrictions in 2020, such as losing access to Google apps, including the Play Store.

The report states that growing demand for affordable 5G smartphones will drive sales in 2021 as “the availability of low-end 5G smartphones and innovative features will be decisive factors for end users to upgrade their existing smartphones.”