Police are searching for the driver of a van they believe lost control of his vehicle and struck a woman on the east side of Hamilton on Tuesday.

A Hyundai Santa Fe SUV traveling north in Mount Albion is believed to have rolled onto a sidewalk and struck a 55-year-old woman.

The driver is alleged to have exited the vehicle and spoke to witnesses before fleeing the scene on foot west toward Lawrence Road.

The injured woman was taken to hospital and is in critical condition.

Collision reconstruction investigators say the suspect is a man approximately six feet tall with a chubby build, a shaved head and a pink T-shirt and shorts.

Anyone with information is asked to contact Hamilton Police. 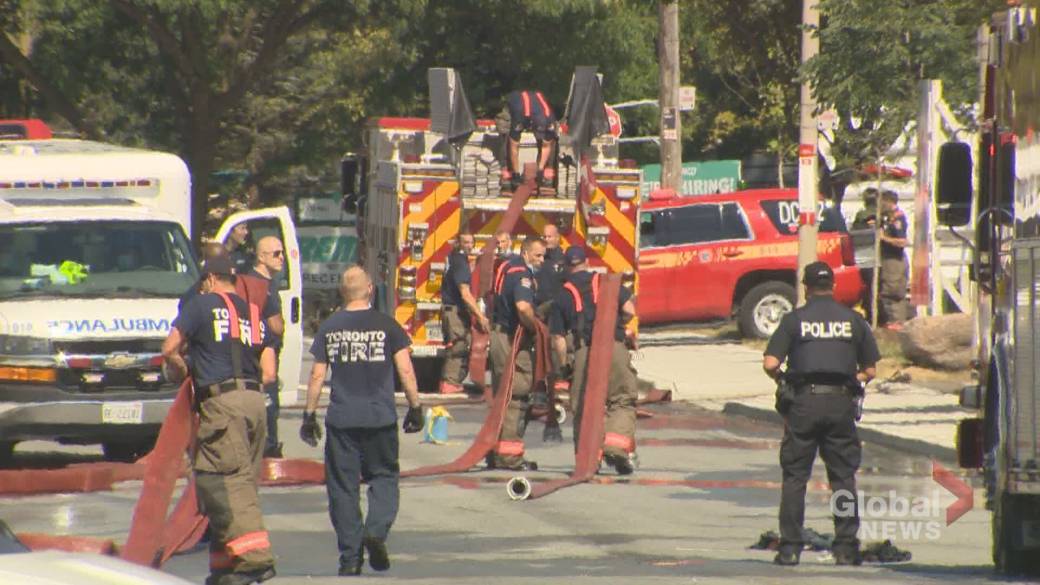