On Tuesday night, Mexican soccer player Jonathan Suárez, a player for Orlando City SC., Was arrested after being denounced for an alleged sexual assault in central Florida, local authorities reported, according to Efe Agency.

The player and his brother, Rafael Suarez, are being held in an Osceola jail where they were allegedly charged with sexual assault, the county sheriff’s office reported.

The arrest occurred after the complaint of a woman, who, according to both subjects, was sexually assaulted last Sunday afternoon, so the evidence provided by the victim was investigated.

Police detectives interviewed the woman last Monday and 24 hours later proceeded to detain the player and his brother, who have not been bailed out.

SUSPENSION OF THE MLS

Major League Soccer (MLS) announced the suspension of the 24-year-old Mexican player, who arrived at the Orlando City club this month on loan from the Querétaro FC team, this while the investigations of the police and those made by the same American professional league. 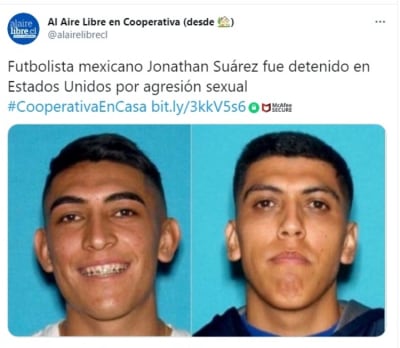 “Major League Soccer will remain in close communication with Orlando City SC, local law enforcement and the MLS Players Association during this investigation,” the professional league added in a statement.

On the other hand, the club said in a written statement that it has taken these accusations “very seriously” and is gathering information, but will not comment on the fact until the investigation is concluded. TO SEE THE VIDEO CLICK HERE

Suarez was introduced this month as a new Orlando City player, who arrived on a one-year loan with an option to buy, but after what happened, the Club declared that it would be awaiting sentencing. 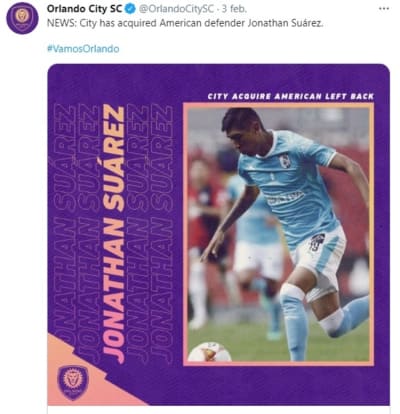 “Late Tuesday night, Orlando City SC learned that defender Jonathan Suarez was arrested in Osceola County. The club takes these allegations very seriously and is currently collecting more information. The club will not provide further comment until further investigation of the alleged incident is completed, ”said a spokesman for the US team.

It is worth mentioning that Jonathan Suárez also played for Pumas Tabasco, then he was transferred to the Gallos del Querétaro team, who decided to send him to the United States so that he would have more minutes.