Comedian Gastón Padilla dies. Through social networks, the death of the Mexican actor and comedian, Gastón Padilla, who was known for various films broadcast in the 1980s, was announced.

This was announced by the Twitter account and Instagram of the National Association of Interpreters, on Wednesday afternoon, when they shared an image of the deceased, along with a farewell message.

“The National Association of Interpreters communicates the sensitive death of the interpreter partner Gastón Padilla. Actor and comedian remembered for his participation in many films, among which “The fool who did miracles” and “The super policeman 880” stand out, ”the Association posted in its publication.

He also added: “To his family and friends we send our deepest condolences from the Board of Directors and the Monitoring Committee of ANDI.”

Gastón Padilla was the nephew of Raúl “Chato” Padilla, who was known for his role in the Chavo del Ocho program, as Jaimito el Postero, and his cousin was Raúl Padilla Chóforo who was also a comedian.

In one of his last appearances on television, he was with Televisa in productions such as: “A hook to the heart”, “I am your dueña” and “A refuge for love”.

The cause of death has not yet been confirmed, but it is said that the comedian spent his last moments at his home, which is in Mexico City, according to Infobae.

Comedian Gastón Padilla dies. Gastón Padilla participated in several film productions, of a genre known as sexy Mexican comedy, in the 80s and 90s, when he acted in La gata Cristy, Nacos VS Narcos, Don Herculano is loose and Los chuper héroes.

Since he was a child he was in the world of shows and comedy, since his father owned the Tayita Tent, a stage where the family participated in presentations. 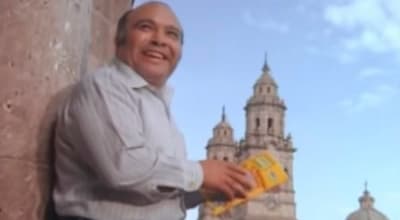 Already when he participated in the performances of Mexican films, he worked alongside Mexican celebrities such as Lucila Mariscal, Alfonso Zayas, Luis de Alba and Capulina.

In one of his latest projects, he appeared with Gonzalo Vega, in the play ‘La Señora Presidenta’, in 2012.

The death of the actor occurred after a few sad days for the House of the actor and the National Association of Interpreters of Mexico, since recently the death of another important figure of the Mexican show has also been announced.

It was on January 15th, the organization’s Twitter account announced the news of the death of Luz Huerta, who was a member of the duo Las Hermanas Huerta. 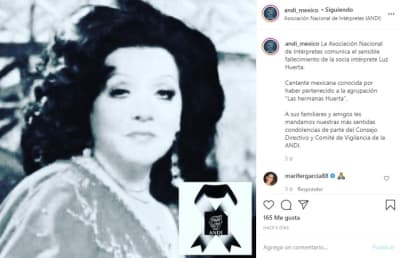 She was a legendary Mexican music artist who began her career in the early 50s of the 20th century. So on social networks they sent their condolences.

“ANDI México communicates the sensitive death of the interpreter partner Luz Huerta. Mexican singer known for having belonged to the group “Las Hermanas Huerta”. We send our deepest condolences to their family and friends ”, they mentioned in their statement.

Death strikes the group “Las Hermanas Huerta”, since it was announced that one of the members of this ranchera music duo, Luz Huerta, has just passed away at the age of 91 at La Casa del Actor in Mexico City. 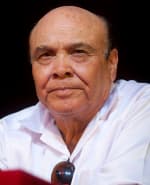