On Tuesday, the Vice President of the United States, Mike Pence refused to use the 25th Amendment to remove President Donald Trump after the deadly attack on the Capitol.

“I do not believe that this course of action is in the best interest of our nation or is consistent with the Constitution,” Pence wrote in a letter addressed to the Speaker of the House of Representatives, Nancy Pelosi.

“Last week, I did not give in to pressure to exercise beyond my constitutional authority to determine the outcome of the elections, and now I will not give in to efforts in the House of Representatives to play political games at such a serious time in life. of our nation ”, assured the ‘second in command’.

Mike Pence said that using this amendment “would set a terrible precedent” and emphasized its use only in cases of disability or illness of the incumbent president.

“I urge you and all members of Congress to avoid actions that further divide and inflame the passions of the moment,” Pence said in agreement with The Hill.

“Work with us to lower the temperature and unite our country as we prepare to take office as President-elect Joe Biden as the next President of the United States. I promise you that I will continue to do my part to work in good faith with the incoming administration to ensure an orderly transition of power, “he added. 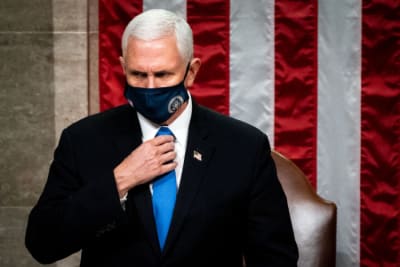 Earlier, Vice President Mike Pence told governors that “our time” has come to an end and promised a “smooth transition.”

House of Representative continues with trial

The U.S. House of Representatives continued Tuesday with its bid to impeach President Donald Trump for the attack on the Capitol, The Associated Press reported.

Trump showed no remorse, claiming that the “tremendous anger” in the country is because of the impeachment.

Trump, whose term ends next week, is poised to become the only president in the country’s history to go through impeachment twice. 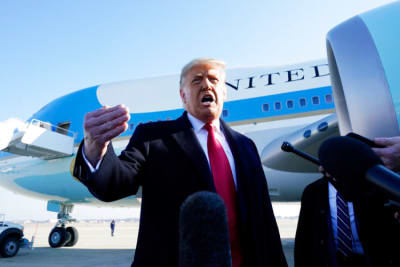 Currently, the charge against him is for his incendiary rhetoric at a pre-riot rally on Capitol Hill, even though many Republicans still defend the falsehoods he spread about voter fraud.

However, three Republicans announced that they would vote in favor of impeachment of Trump.

“The President of the United States summoned this mob, gathered the crowd and lit the flame of this attack,” Republican Rep. Liz Cheney said in a statement.

“There has never been a greater betrayal by a president of the United States in his charge and his oath to the Constitution,” said the Republican.

Republican assure they will vote in favor of the trial

Lawmakers were also bracing for more violence ahead of President-elect Joe Biden’s inauguration on January 20.

“All of us have to do some introspection,” said Rep. Jamie Raskin, a Democrat, as he called for a change of mind among colleagues who still support Trump. 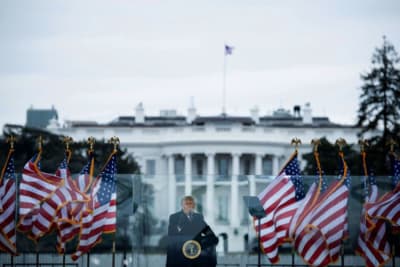 Meanwhile, Trump warned lawmakers not to pursue impeachment and hinted that it was the attempt to impeach him that divided the country.

In his first comments to the press since the violent events of last week, the outgoing president did not express condolences for those who died or were injured and only said: “I do not want violence.”