Artificial intelligence is a branch of science that has contributed to improving the lives of human beings in different ways.

This time, he has achieved it thanks to the solving of a puzzle that dates back more than 50 years, which could be key in the treatment of some viruses and in future medical discoveries.

do you want to know what is it about? Continue reading

According to information on the portal The Sun, artificial intelligence has helped solve a 50-year-old puzzle that, if all goes according to plan, could help make it easier to treat some viruses.

For years, scientists have grappled with the ‘protein folding problem’. This is because there are different types of proteins in the body of all human beings.

For example, the coronavirus is related to the way proteins work, as well as to other types of conditions such as cancer and dementia.

However, the problem with proteins is that it has been difficult for scientists to accurately map their 2D structures.

According to reports from The Sun, the DeepMind laboratory, owned by Google, assures that they have managed to solve this matter, in addition to being able to predict the different forms of proteins thanks to their Artificial Intelligence programs.

This fact has been received with surprise by the scientific community, since there are around 200 million identified proteins in the world, and the laboratory assures that it will be possible to identify the shape of the protein in a matter of days.

The discovery is a joint work with Google and CASP 14 (Community Wide Experiment on the Critical Assessment of Techniques for Protein Structure Prediction); the latter has been trying to solve the puzzle since 1994.

John Moult, head of CASP14, assured that “Proteins are extremely complex molecules, and their three-dimensional structure is key in many of the tasks they perform; for example, insulin that regulates blood sugar levels and antibodies that help us fight infection. “

The doctor added that “Even small adjustments to these vital molecules can have catastrophic consequences on our health, so one of the most efficient ways to understand diseases and find new treatments is by studying the proteins involved.”

Finally, he explained: “There are tens of thousands of human proteins and many millions of other species, including bacteria and viruses, but deciphering the shape of one of them requires expensive equipment and can take years.”

Artificial Intelligence: A science that is in all areas of life and human beings

Artificial Intelligence continues to be one of the scientific community’s greatest allies, as it has helped improve the quality of human beings, not only in their usual tasks but also in their lifestyle.

In recent months, scientists at the Allen Institute for Artificial Intelligence developed a new text reading model that allows documents of more than 5,000 words to be summarized with great precision.

The prototype presents the texts in a format known as TL; DR (Too long, don’t read) with the most important information in a text.

This Artificial Intelligence tool promises to be effective in extracting relevant information; pTo develop this model, the engineers in charge of the project ‘pre-trained’ the tool with texts written in English.

After a pre-training period, the scientists set about formulating a Sci TLDR data series with approximately 5,400 abstracts of research articles.

It was found that the model made use of Artificial Intelligence to separate the important parts of the texts, such as the initial summary, the introduction and the conclusion, and then create a summary of the article.

On the other hand, Artificial Intelligence has also been useful in other areas of human life.

In Canada, this branch of science has been used to reach precise conclusions that shed light on the reasons that lead a person to be left in a situation of helplessness.

The CHAI (Chronic Homelessness Artificial Intelligence) model is a system whose main objective is to offer useful information to reduce the risk of being left homeless in Canada.

In an interview with the Thomson Reuters FoundationJonathan Rivard, London Homeless Prevention Program Manager, said: “Right now, shelters are full to capacity across the country. We need to do a better job of providing resources to individuals before they hit rock bottom, not after. “

The Artificial Intelligence system analyzes the personal data of the participants to calculate which of them are at risk of not having a place to sleep for a long period, according to Matt Ross, an expert in information technology.

A test of the r programit rocked a group of individuals for six months prior to its launch in August. During That time, the program was shown to be 93% effective, which has increased over time. 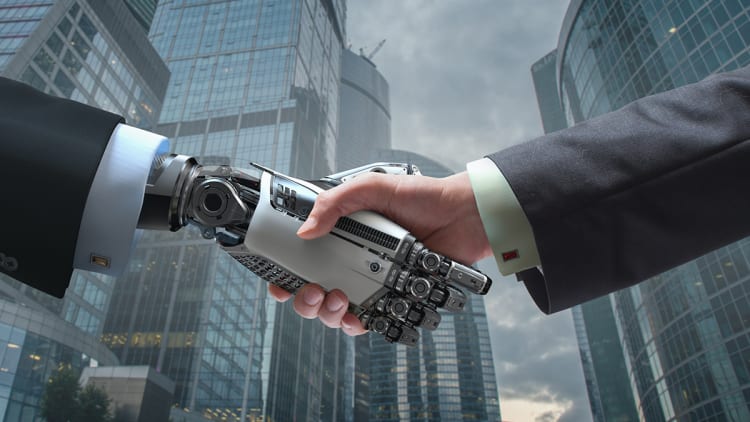