November 25, 2020 will go down in history as one of the saddest days in the history of football after the death of Diego Armando Maradona. Former Brazilian footballer Pelé, moved by his death, as well as Cristiano Ronaldo, shared emotional messages.

Through your official account Twitter, the former Brazilian footballer uploaded a photo of Diego Armando Maradona in his heyday: the World Cup in Mexico 86 ′, where he was crowned champion with Argentina.

“What sad news. I lost a great friend and the world to a legend. May God give strength to your family. Someday, I hope we can play together in heaven, “said Pele.

For a long time, they sought to confront both soccer idols, for many, the best in history together with the Argentine Lionel Messi and the Portuguese Cristiano Ronaldo, and although they were not the best of friends, between them there was deep respect and admiration.

A few minutes after Pelé reacted to the death of Diego Armando Maradona, who died at the age of 60 due to cardiorespiratory arrest, the Portuguese soccer player Cristiano Ronaldo did the same. 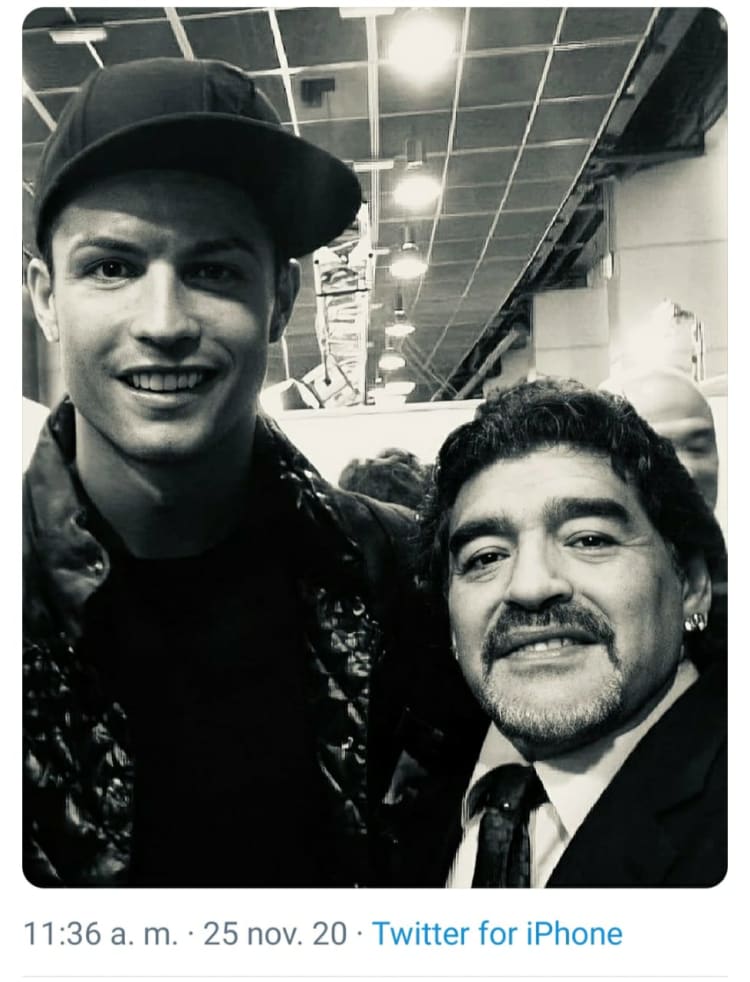 Through your official account Twitter, the Juventus player uploaded a photo in which he appears with the Argentine star accompanied by an emotional message:

“I say goodbye to a friend and the world says goodbye to an eternal genius. One of the best of all time. A magician like no other. It leaves too soon, but it leaves a limitless legacy and a void that will never be filled. “