Frankfurt: A lot of rush on Dead Sunday - The Canadian
Skip to content

Many mourners in the main cemetery tell stories that touch. Others just walk here and others do a bit of sightseeing.

Already in the parking lot and at the flower shop at Frankfurt’s main cemetery there is a lot more going on this Sunday than other Sundays. This annoys a gentleman enormously. “I didn’t realize that today is Dead Sunday. Otherwise I would not have come. It’s such a crowd here. It’s frustrating. I want to remember my parents in peace, ”he says when he buys a drying arrangement for the family grave.

But not all of them are here because they want flowers for the cemetery: A man from Serbia who is visiting Frankfurt at the weekend says: “I want to buy flowers for a friend whose birthday is today. I think flowers aren’t just for the dead. It is even more important to give flowers to people when they are still alive and can still be happy about them. “

An employee of the flower shop reports that in addition to dry flower arrangements, the Christmas roses and snow heather are particularly popular for the graves because they survive the winter well, most customers on Dead Sunday are over 50, with the younger ones the day is no longer of particular importance.

“With some of them, I have the impression that they come primarily from a sense of duty.” But then there are the many others. Who are visibly touched when they talk about the people who have lost them. Two elderly women who are sisters find flowers for their deceased parents and husbands. “To this day I am sad and speechless every time I know that people I loved are now lying here in the cemetery,” says one of the sisters.

A 66-year-old woman from Frankfurt says that she visits her husband’s grave several times a week. Three days before their 33rd wedding anniversary, he died of cancer at 56. That was 16 years ago. You still miss him so much. “This morning my son said to me: ‘Say hi to Papa for me. My granddaughter said: ‘Tell him that I love him very much’ “.

When she tells this, tears run down her cheeks. On some days she is also angry. On him. “I scold him at the grave and ask him why he had to leave me so early? But then in the next moment I’m sorry again. He couldn’t help it, ”she says.

In addition to an angel, there is also a figure of a young girl on his tombstone. “My little sister was only one and a half years old. It was so horrible when I lost her when I was eleven. I still remember how she ate corn porridge that day, then my mother gave her a hot bath and then she was dead a few minutes later. I come from Bosnia and there were no graves for children there. That’s why I put this figure on my husband’s tombstone. “

She likes the main cemetery very much. “So today there is a lot going on, but otherwise I enjoy the peace and quiet here.” And then she warns: “Stay on the main roads, otherwise you will be lost if you don’t know your way around so well.”

A gentleman puts a lot of physical effort into grave planting. A scene in front of a grave is very touching. Friends and family stand in a circle, in the middle a thermos with coffee and baked goods. They take turns crying and laughing. They tell each other anecdotes they experienced with the deceased. “Because of Corona no longer possible large funeral services, we met here outside his grave. He was my stepfather, excuse me, it’s still very fresh, ”says a young man, unable to hold back his tears. His stepfather was only buried a few days ago,

Not far from the group, a 44-year-old Frankfurter goes for a walk with a friend from Hanau. Because even when the sun isn’t shining and everything is gray on gray, there are a lot of pedestrians in the main cemetery. The two use Sunday for sightseeing.

The woman from Hanau says: “This is my first time in the main cemetery. That’s really impressive. Many of the tombstones are handcrafted really nicely. “Your buddy confirms,” ​​I especially like these pompous graves, with angel figures and such. “They happened to be here today. “I didn’t even know that it was Dead Sunday. That’s why it’s so full. “

He says that at the age of 44 he was starting to get jitters about death. “The last 20 years in particular have rushed by so quickly.” His companion says: “Five years ago, when I was 20, I felt invincible. But that has changed. Above all, the thought that nothing will come after that, that is, the end is forever, is frightening. “

But it already has a concrete idea of ​​how it wants to be immortalized. “I want to have my ashes pressed into a record.” Which song? She still has to think about that. “Otherwise you can immortalize yourself as a diamond or have yourself shot at the moon. It’s just expensive, ”says her companion and starts laughing.

[BALADO] The Pay Zone: Are the Denver Broncos the sacrificed lamb of the NFL? 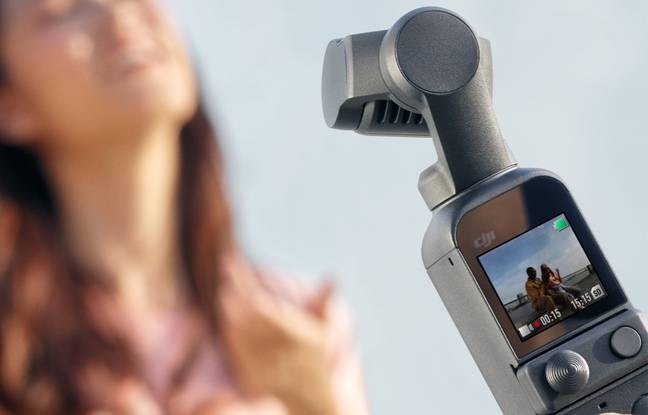 An elementary school confined to Brossard

Federal and state governments agree: partial lockdown will be extended until January 10th

Corona in Germany: Partial lockdown will be extended until January 10th