Perseverance has paid off for a local stand-up comedian attempting on bringing laughs to a never-before-used venue hiding in plain sight in Winnipeg’s Exchange District.

From the Fringe to the Winnipeg International Jazz Festival, the Cube in Old Market Square has played host to countless public events since it was built as an open-air venue in 2010.

Comedian and Event Producer Mike Green knew someone with the architecture firm that designed the Cube, and was tipped off to a second performance space on its rooftop.

A small staircase brings visitors up to the top, housing a second, open-air performance area with seating for 24 guests.

It is commonly used as a backstage area for performers and crew working on the Cube’s main stage, but it had never hosted a performance of its own.

“I’ve sort of been poking around for years trying to get permits, and it just wasn’t really happening,” Green told CTV News Winnipeg, saying he first made inquiries with the City of Winnipeg about four years ago but was turned down .

I have kept following up.

“I would say I kind of became more obsessed with it honestly in the last two and a half years,” he said. 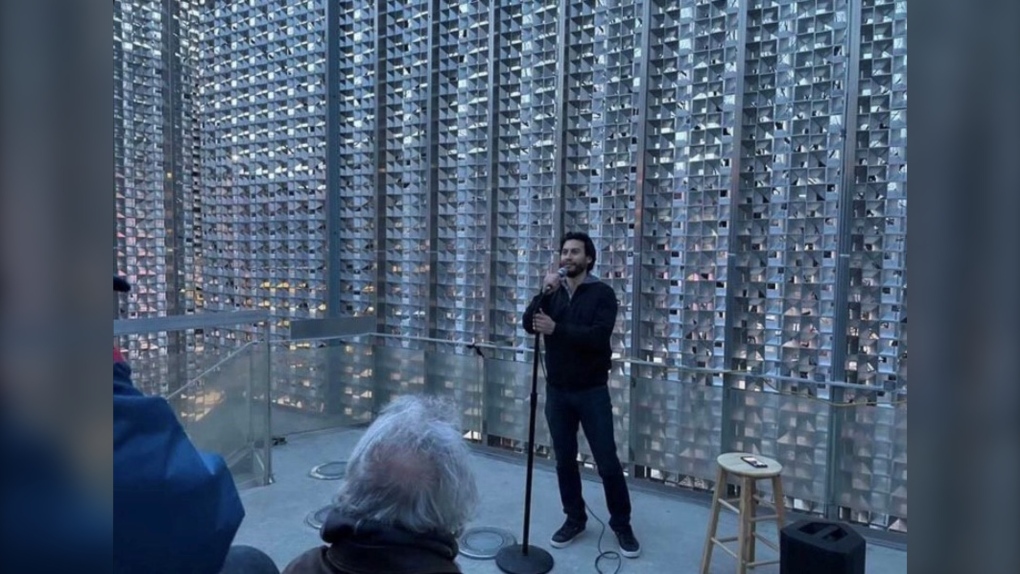 Comedian and Event Producer Mike Green performed at the inaugural event at the Cube’s rooftop performance space. I hope it will be the first of many. (Image Source: Mike Green)

Green is no stranger to hosting shows at unconventional venues. Last summer, when COVID-19 restrictions prevented indoor performances, he orchestrated a series of small, outdoor stand-up shows in a secret, wooded location.

He also envisioned using the Cube’s rooftop space for a show in the Winnipeg Comedy Festival where audience members could walk up and take in a 30 minute set.

He tried again, working with the Exchange District BIZ, the organization that is the steward of the space, to get the proper permits and permissions.

“It’s really been Mike spearheading this from the beginning,” said Jessie Schmidtke, the BIZ’s marketing and communications coordinator.

“So he really just was very involved in the process and getting in touch with the right people to make sure that it was up to code and that it could be used for this purpose, and everything came together.”

A spokesperson with the City of Winnipeg said the upstairs space is primarily limited by the type of show, as the performance area is only conducive to a solo performer and cannot be used if there’s scheduling on the main stage.

Still, the city has now granted approval to host small events on the upper level with limited capacity and under specific occupancy permit conditions.

The first show was held Tuesday night, with a second planned for Wednesday from 6 to 10 pm Green allocated a small number of reserved tickets which are already sold out. 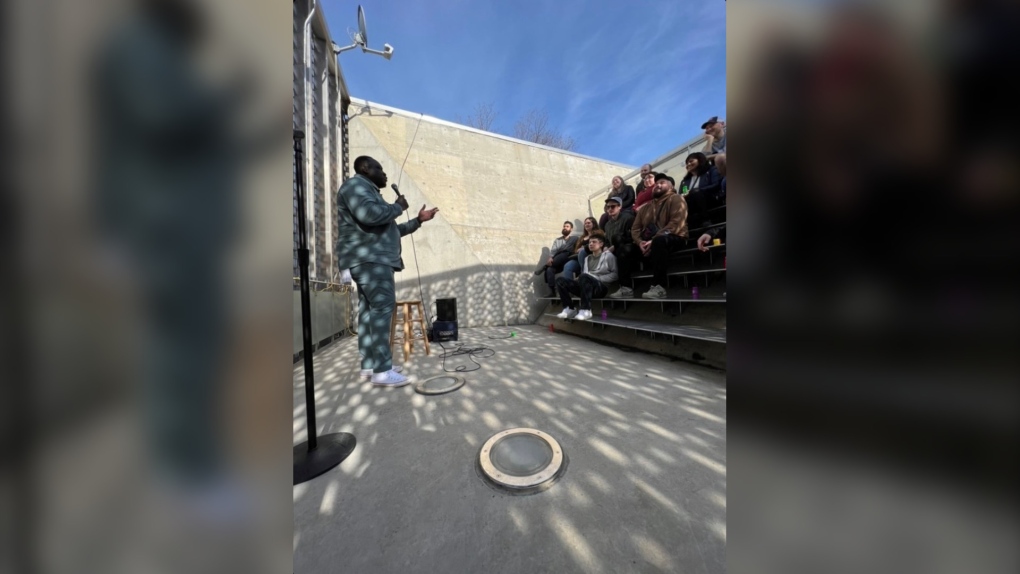 Comedian Emmanuel Lomuro was part of a slate of comics who performed in the Cube rooftop space’s inaugural show on Tuesday night. (File Image: Mike Green)

However, the show is truly designed to be a walk-up event, turning over audiences every 30 minutes with a rotating lineup of comedians.

“I could have just done this in a way where I charge more per ticket and had longer shows and it was more of an exclusive, VIP thing,” he said.

Schmidtke with the BIZ said she hopes more shows will take over the Cube’s rooftop space and encourage more post-pandemic activity in the Exchange.

“I think it’s really important and special for these events to start happening again,” she said. “This is why it’s worth being back at the office because after work, you can hit up a show. There’s so much going on.”

For those who missed the Secret Standup in the Exchange shows, Green is also hosting the comedy festival’s Battle Royale Thursday night at the Handsome Daughter.

That show has also been filmed for an upcoming series on Bell Fibe TV.

He also hopes to host more unannounced comedy shows on the Cube’s rooftop. Updates and announcements can be found on Green’s Instagram.

“Winnipeg is a good city. It’s up to us to make it good and use the things. I hope people have weddings up there. You could do a little fringe show. There are so many ways it could be used, and it was built to be used.”