Every week, Wyse Jamali gets into his car and heads for the Ambassador Bridge.

But after the 27-year-old from Windsor gets to Detroit, he’s not looking for Coney dogs or a place to sit and watch a Tigers Game.

Instead, he’s looking for milk, eggs and his most desired purchase — gas.

“I usually plan it out where I’m running out of gas, milk and eggs, all at the same time,” said Jamali.

In recent months, fuel prices have risen to record highs all over the world amid the continuing crisis in Ukraine. But in Windsor, where gas is sitting around $1.70 per liter as of Wednesday morning, Jamali is looking to the US for some reprieve on his wallet from him.

At the Ambassador Bridge duty free store in Detroit, the price of regular fuel is $1.16 per liter (CAD).

Jamali, who has been able to cross the Canada-US land border for most of the pandemic due to his status as an essential worker, said he carries four jerry cans in his trunk — totaling about 80 litres.

When adding in his car itself, he fills up about 130 liters of gas in the US 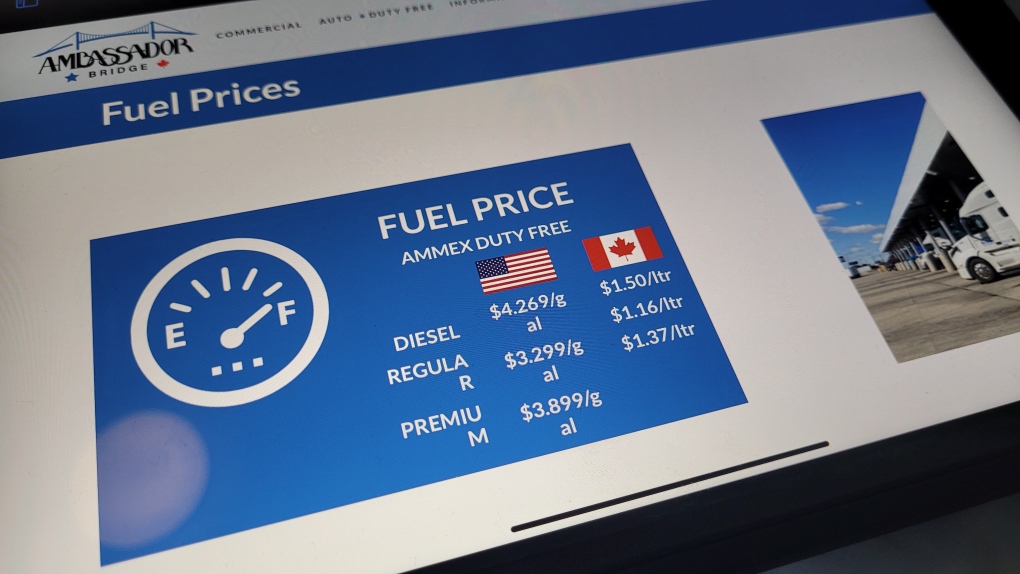 It wasn’t difficult to find the price of regular gas sitting at $1.69 a liter Wednesday morning in Windsor, Ont. During that same time, gas for Canadians on the US side of the Ambassador Bridge border crossing was set at $1.16 on Wednesday, April 6, 2022. (Sanjay Maru/CTV Windsor)

That means, at current fuel rates, he can save $55 a week — after subtracting the roughly $15 in bridge toll.

However, all drivers may not see the same savings as Jamali if they were to cross the border in search of cheaper gas, according to the head of petroleum analysis for GasBuddy.

“It’s probably not very feasible by the time you consider tolls and the amount of gas to get over to the US side,” said Patrick De Haan, adding there’s a risk of having to undergo an inspection by border officers.

“For most Canadians, especially smaller vehicles, it’s probably not worth the time.”

When comparing average fuel prices between Metro Detroit and Ontario, he said the savings can work to about a dollar for every gallon of gas.

For a smaller vehicle that fits 14 or 15 gallons, the $15 savings would easily be canceled out by the $15 bridge toll. But as the fuel requirements get bigger, so too can the savings, according to De Haan.

“If you’re going to make the trip, it does make sense to operate more efficiently by buying more, thus your savings increase. But not everyone has the capability to do that,” he said.

But for Jamali, who has proven himself to be more than capable of taking advantage of cheaper gas from the US, his advice to others in Windsor who are thinking of following in his footsteps is to “plan your day.”

“Don’t just go there for the purpose of buying gas because why would you want to do that? There’s a whole bunch of hassle, like with the ArriveCan app,” he said.

“But I plan it all out. For example, I need five gallons of milk, a couple of dozen eggs, three jerry cans and a car full of gas.” 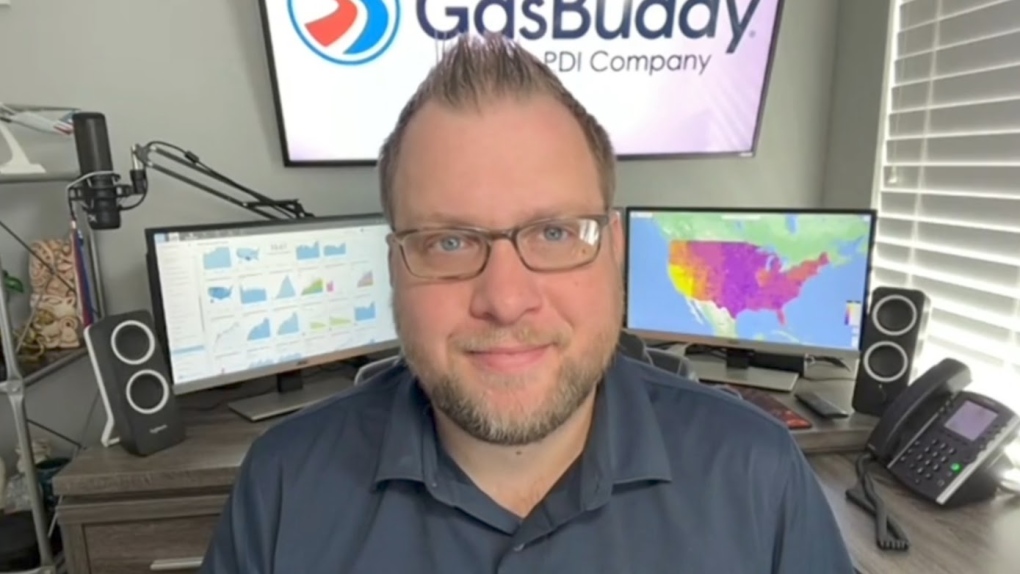 Patrick De Haan, head of petroleum analysis for GasBuddy, says it’s ‘probably not very feasible’ for all Windsorites to purchase their gas from the US and see noticeable savings. (Sanjay Maru/CTV Windsor)