1. This could be the current pecking order on the team, the players who for now form the heart of the Oilers on opening night. The only notable and unexpected inclusion is Kyle Turris as Edmonton’s fourth-row right winger, taking over from Josh Archibald. Archibald wasn’t training today. The greasers have said that Archibald is not yet vaccinated against COVID-19. It is unclear if he will be allowed to attend training camp. For now, the Oilers are taking a patient approach with the veteran winger.

2. The Oilers thought enough of Archibald to protect him in the expansion draft. But now his status with the team is unclear, as a team can include a non-wavering player on its roster only if it intends to do everything possible during the season to accommodate that player. It’s hard to imagine the Oilers doing it in the case of Archibald, a fourth-row player and penalty killer.

3. Turris as Archibald’s replacement on the right wing? It seems like an unlikely fit. Archibald is a skater, hitter and defensive specialist, strong on penalties. Turris is more of a playmaker and an offensive player. His defense last year in the center with uniform force was lamentable and his work on penalties was not much better. But it’s been said that Oilers coach Dave Tippett spoke highly of offering Turris a contract, and that Turris has worked exceptionally hard to get in shape for the season. He played well in the team’s first exhibition game against Calgary, making several strong passes.

4. Maybe Turris can pull it up with even force and hold his own like a two-way player. But what about the death penalty? If Archibald is out, which forwards will the Oilers wear? Edmonton also lost Jujhar Khaira, a key penalty killer from last year’s team. Ryan Nugent-Hopkins and Devin Shore return. I can see Ryan McLeod having a chance as he killed penalties at Bakersfield last year. Warren Foegele got 1:02 per PK time game at Carolina last year, so that’s a possibility. Derek Ryan got 1:50 per game in Calgary, so that’s another good bet. Zach Hyman scored 1:58 at Toronto, the most forwards of the Leafs, but do the Oilers want him to play that role here? If he’s in the higher power gaming unit in Edmonton, wouldn’t it make more sense to have Jesse Puljujarvi as a regular PK player? I have often thought that big, fast and long Puljujarvi would be a strong PK player.

5. Even if Turris is not suitable for PK, it seems like Edmonton has all kinds of options there. This could open the door for Turris in some way, although I do note that Tyler Benson killed penalties at Bakersfield last year, so that gives him an advantage.

6. The “wild” Bill Lagesson is in the second pair right now, with Kris Russell returning from injury and Duncan Keith still in quarantine. But Keith will be back on Friday and Russell is already on the ice. Lagesson also played well against Calgary and will have a shot at more exhibition games, at least until Keith returns. 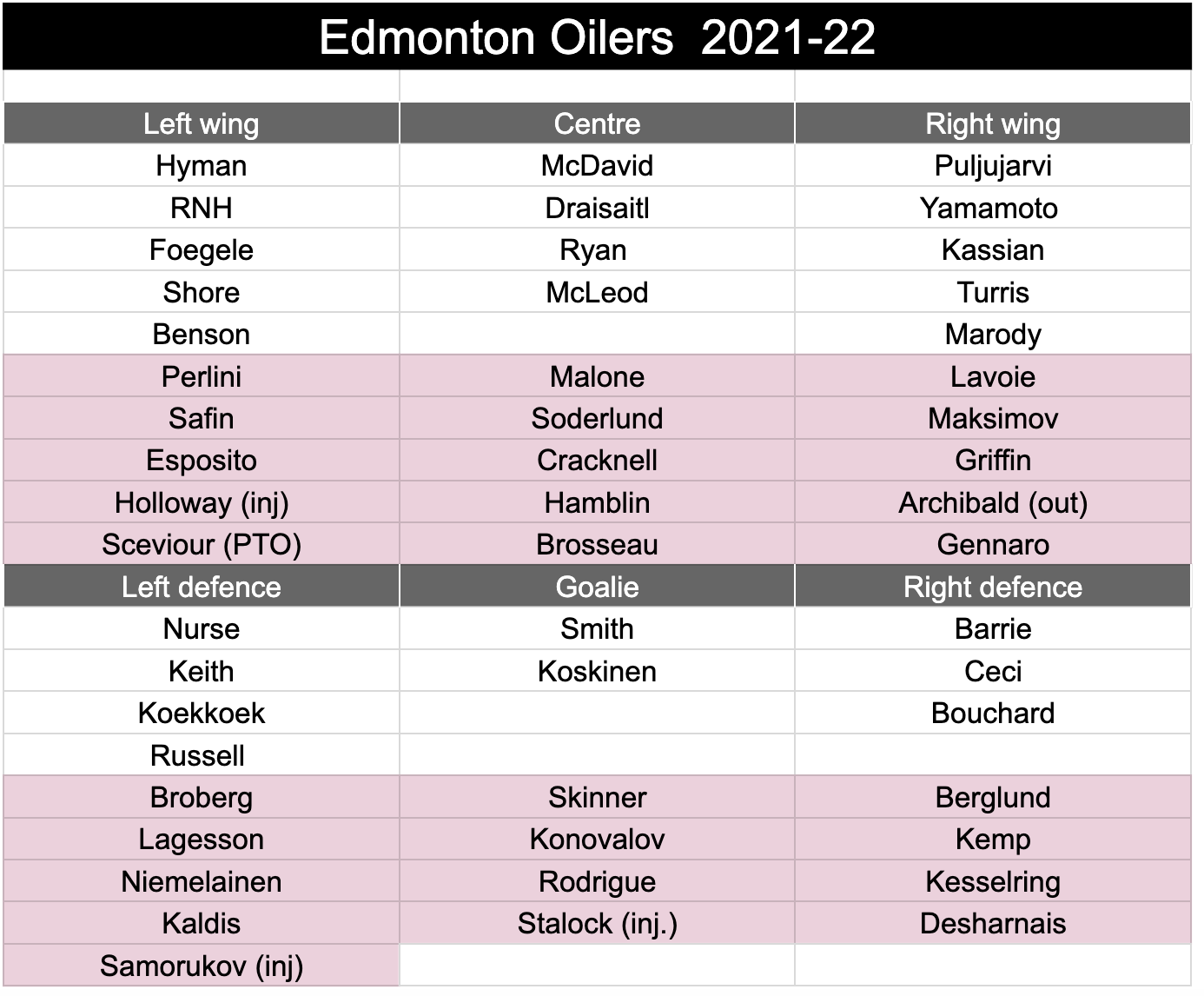 STAPLES: Player ratings against Flames, as the Oilers trample a pitiful Calgary squad

LEAVINS: The Riddle of Archibald

Sign up for daily news headlines from the Edmonton Journal, a division of Postmedia Network Inc.

A welcome email is on the way. If you don’t see it, check your spam folder.

The next issue of the Edmonton Journal Headline News will soon be in your inbox.

We encountered a problem registering you. Try again